By No Greater Joy Ministries
January 8, 2016 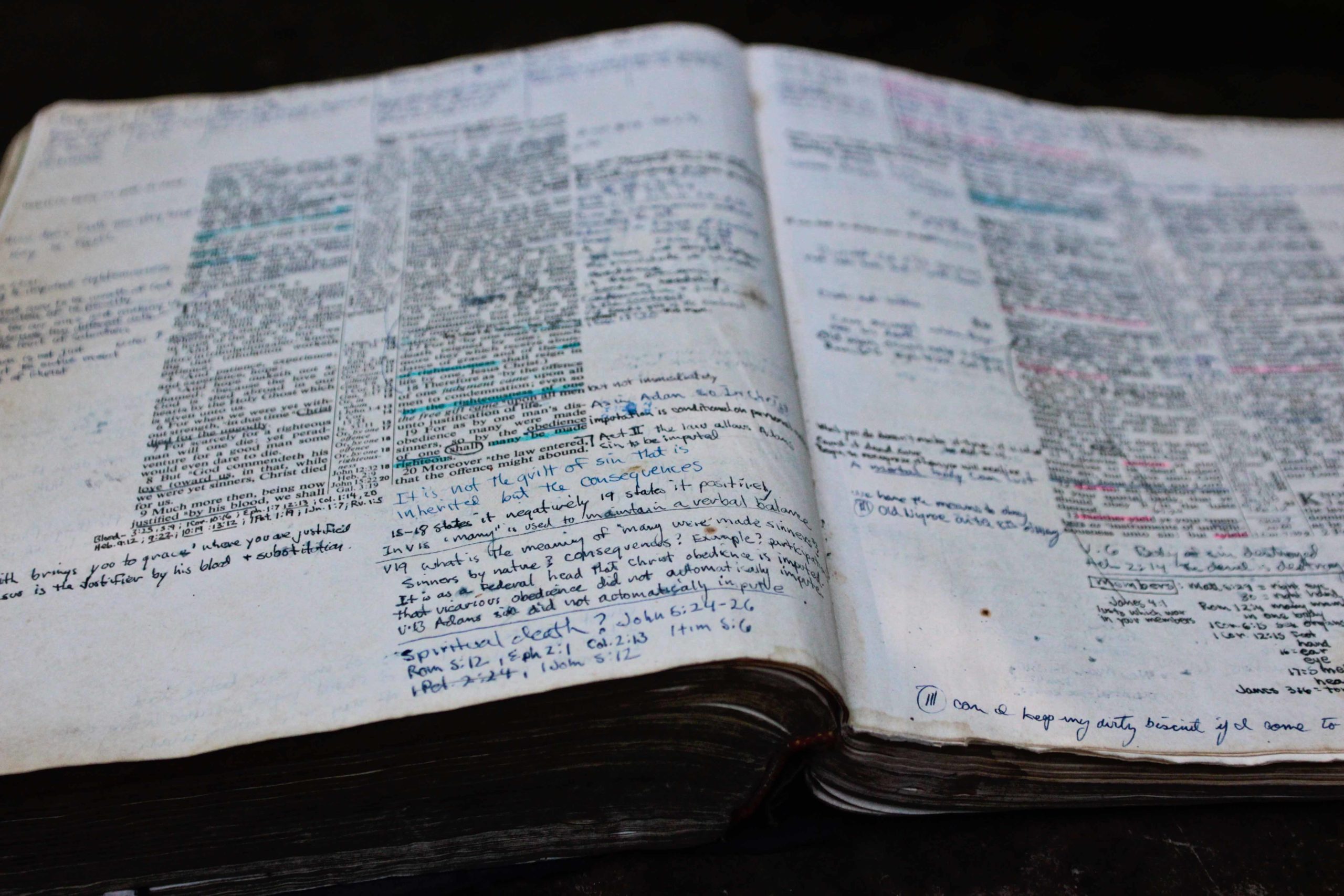 1 John 5:7 “For there are three that bear record in heaven, the Father, the Word, and the Holy Ghost: and these three are one.”

1 John 5:7 is the most forceful passage in the entire Bible on the Trinity, yet it has been stricken from all modern bibles except the so-called New King James Bible, where a marginal note questions its authenticity. The Jehovah’s witnesses, Mormons, and anti-Trinitarians celebrate its exclusion, as do most modern Bible critics.

Early Bibles in various languages contained it. It wasn’t until modern times that this passage fell to the pen knife of critics who no longer believe in the divine inspiration and preservation of Scripture.

Most significantly, it is contained in the ancient Bibles of the Waldensian Church which has its origin around A.D. 120. Their Old Itala Bible was translated in the early second century—twenty-five to thirty years after the death of the last apostle.

Being a Bible believer, the evidence that most impresses me is internal—the grammatical structure and inherent pattern. When any logical argument has the major premise jerked out of it, the syllogism suffers an apparent lack and loses its cohesion and force. I will demonstrate that the passages demand the inclusion of verse 7 if it is to maintain any force of argument. Without it the passage is like a Lego set with half the legos missing. Or, more particularly, it is like a mathematical formula with the main part erased.

Read the passage and context carefully until you have a feel for it in its entirety. Notice the theme of the section, as is stated in the first and last verse. It begins with, “Whosoever believeth that Jesus is the Christ…” and ends in verse 13 where John tells us why he wrote the passage, “These things have I written unto you that believe on the name of the Son of God; that ye may know that ye have eternal life….” So the section is bracketed by the subject of believing that Jesus is the Christ. All that lies between verse 1 and verse 13 contribute to his stated subject. Knowing that you have eternal life (v. 13) and overcoming the world (v. 4) is said to be contingent upon believing that Jesus is the Son of God.

Take note of the eight references (in bold text) to faith and to believing, or not believing.

1 Whosoever believeth that Jesus is the Christ is born of God: and every one that loveth him that begat loveth him also that is begotten of him.

2 By this we know that we love the children of God, when we love God, and keep his commandments.

5 Who is he that overcometh the world, but he that believeth that Jesus is the Son of God?

7 For there are three that bear record in heaven, the Father, the Word, and the Holy Ghost: and these three are one.

8 And there are three that bear witness in earth, the Spirit, and the water, and the blood: and these three agree in one.

11 And this is the record, that God hath given to us eternal life, and this life is in his Son.

6 This is he that came by water and blood, even Jesus Christ; not by water only, but by water1 and blood2. And it is the Spirit3 that beareth witness, because the Spirit is truth. [three earthly witnesses]

7 For there are three that bear record in heaven, the Father1, the Word2, and the Holy Ghost3: and these three are one. [three witnesses in heaven]

8 And [The “And” assumes a prefaced statement.] there are three that bear witness in earth, the Spirit1, and the water2, and the blood3: and these three agree in one. [If you remove verse 7 there is a clumsy redundancy with verse 6.]

When John baptized Jesus, God bore witness on earth by the descent of the Spirit in the form of a dove and a voice from heaven. This verse 6 is a clear reference to what John wrote in John 1:31-34

31 And I knew him not: but that he should be made manifest to Israel, therefore am I come baptizing with water (“cane by water”).

32 And John bare record (witness of men), saying, I saw the Spirit descending from heaven like a dove, and it abode upon him.

33 And I knew him not: but he that sent me to baptize with water, the same said unto me, Upon whom thou shalt see the Spirit descending, and remaining on him, the same is he which baptizeth with the Holy Ghost.

34 And I saw, and bare record that this is the Son of God.

The Spirit descended in the sight of men and John “bare record.” This is a witness upon earth which we believe, “because the Spirit is truth” (v. 6).

34 But one of the soldiers with a spear pierced his side, and forthwith came there out blood and water.

35 And he that saw it bare record, and his record is true [witness of men]: and he knoweth that he saith true, [three times] that ye might believe. [The theme is believing a record as in 1 John 5.]

36 For these things were done, that the scripture should be fulfilled, A bone of him shall not be broken.

37 And again another scripture saith, They shall look on him whom they pierced.

So here is another earthly record of fulfilled prophecy, borne by men, to the shedding of his blood, testifying that Jesus is indeed the Son of God.

The argument of 1 John 5:9, “If we receive the witness of men, the witness of God is greater” is senseless unless he has already stated the witness of God as found in verse 7. It is obvious that verse 7 is an indispensable component of the surrounding verses, otherwise verse 8 would contain an unintelligible reference.

What is "that one" to which "these three" are said to agree?  In other words, "that one" in verse 8 which designates One to whom the reader has already been introduced does not have antecedent presence in the passage. "Let verse 7 stand, and all is clear, and the three earthly witnesses testify to that aforementioned unity which the Father, Word, and Spirit constitute.

Many bear witness against the text, but the text bears witness to itself.

If your bible doesn’t contain this passage, you own a dead book produced by men who will have their names removed from the book of life for their treachery (Revelation 22:19). It is time to turn in YOUR bible and get a copy of THE Bible in your native tongue. If you are an English reader, that would be a King James Bible.

“Heaven and earth shall pass away, but my words shall not pass away” (Matthew 24:35).