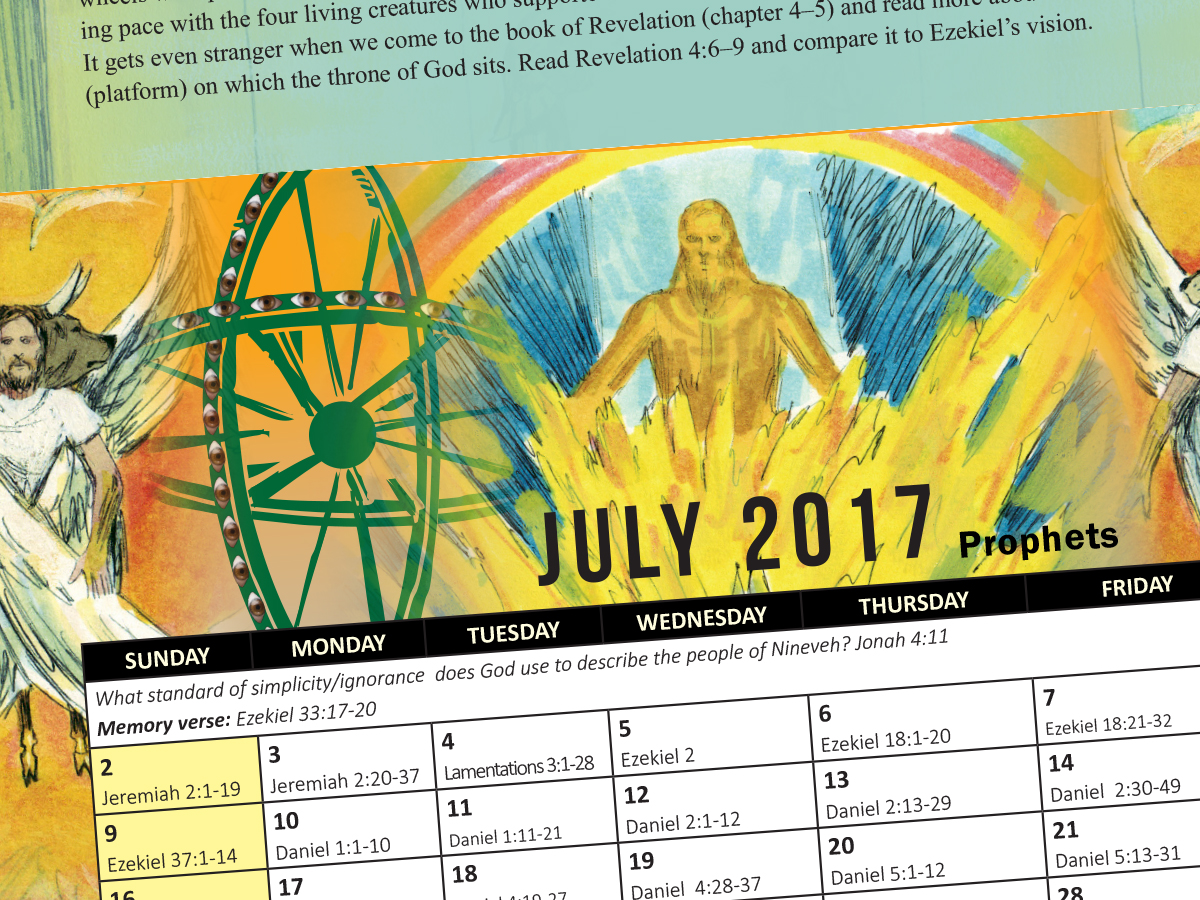 In Ezekiel chapters 1–2, 10–11, we learn that when Ezekiel was a slave in Chaldea (modern day Iraq), God gave him a vision that was strange indeed. He saw a cloud with a fireball turning in upon itself, radiating the glory of God. Out of the brightness of the fire came four living creatures with appearances like a man. But wait! Each one had four different faces—those of a man, a lion, an eagle, and an ox. One head with four faces. Each one also had four wings—probably mammal wings like a bat, not feathers—and each one had a hand under each wing, probably positioned like the hands of a bat, protruding from the joint at the last extension of the wing. Their feet were like calves’ feet—straight, with cloven hooves that sparkled like polished brass. They stood in a square formation with one pair of wings extended and touching the wings of the cherub next to them. They traveled as one in this locked formation.

But that is not all. The living creatures supported a colossal platform upon their heads, and on the platform was a throne with the likeness of a man seated upon it. The throne and the one seated on it were also embroiled in a fiery ball and radiated the glory of God. And over the throne was an emerald-colored rainbow, probably caused by the electricity in the air.
But the strangest thing of all was the presence of four flying wheels. The wheels did not turn. They lay sideways as a plate on a table. And there was a second wheel in the middle of the main wheel. All around the outer perimeter of the wheel was a series of what Ezekiel described as eyes—possibly round windows with light behind them. The wheels were piloted by the spirit of the living creatures, and they dashed through the air at the speed of light, keeping pace with the four living creatures who supported the God of Israel (Ezekiel 10:20) seated upon the throne.

It gets even stranger when we come to the book of Revelation (chapter 4–5) and read more about this firmament (platform) on which the throne of God sits. Read Revelation 4:6–9 and compare it to Ezekiel’s vision.