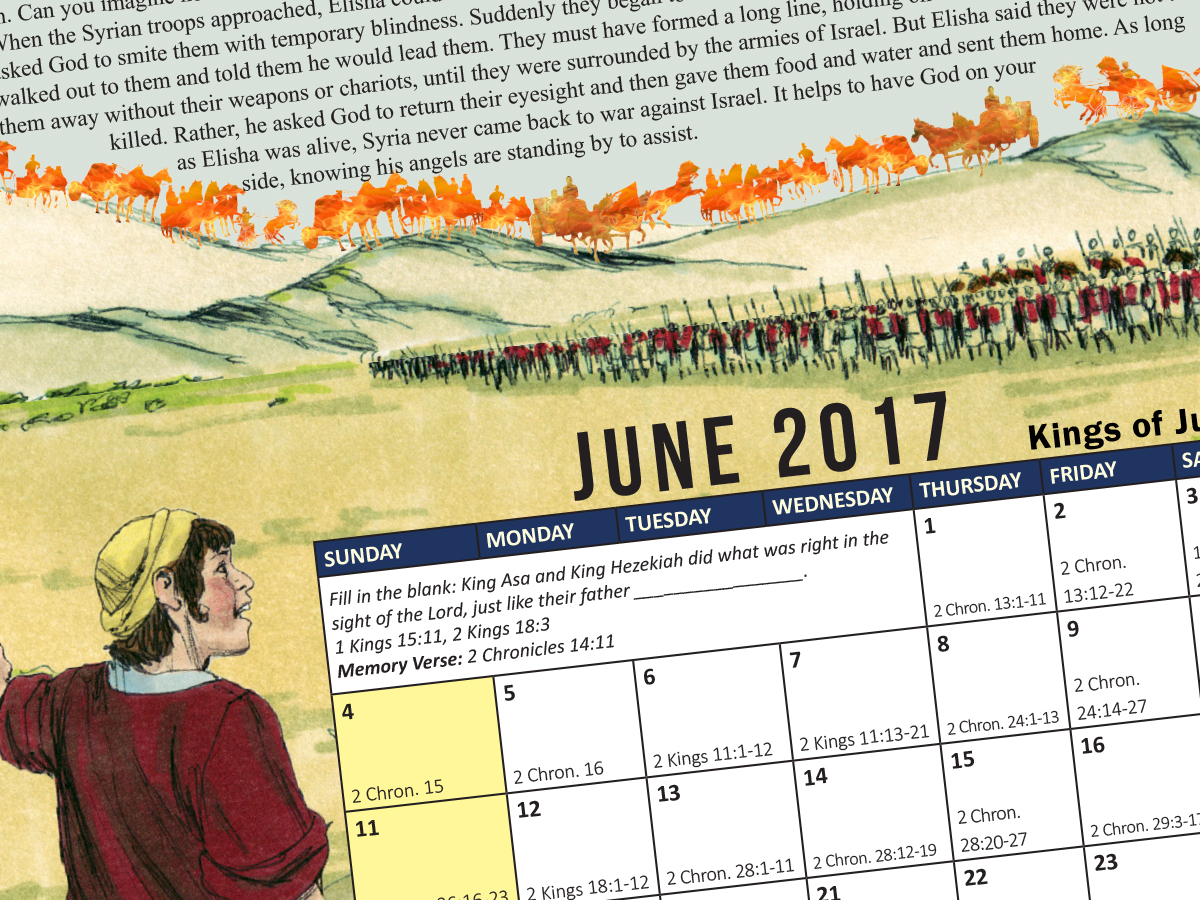 Elisha, having received a double portion of Elijah’s spirit, was able to see the other world that exists parallel with our own.

The king of Syria warred against Israel and secretly placed his soldiers in a position to ambush the armies of Israel (2 Kings 6:8). But God revealed everything to Elisha. With the help of God and his prophet, the king of Israel was able to outsmart Syria several times, so much so that the king of Syria concluded that one of his men must be revealing their plans to Israel (6:11). But word had spread that Elisha was to blame, so the Syrian king sent thousands of soldiers to surround the little, unprotected city where Elisha was dwelling.

When Elisha’s servant looked out of the window and saw the horses and chariots poised to attack, he was overtaken with fear. But the calm prophet of God said, “Fear not: for they that be with us are more than they that be with them” (6:16). The fearful servant looked around and didn’t see anybody with them. But Elisha could see the other world—the spirit world, where angels and cherubim live. “And Elisha prayed, and said, LORD, I pray thee, open his eyes, that he may see. And the LORD opened the eyes of the young man; and he saw: and, behold, the mountain was full of horses and chariots of fire round about Elisha” (2 Kings 6:17). That one prophet was protected by thousands of heavenly warriors riding in chariots of fire, just like the one that swept up his master Elijah and carried him to heaven. Can you imagine how relieved that servant was when he saw such a powerful heavenly army standing ready to protect his master?

When the Syrian troops approached, Elisha could have called down fire from heaven, and they would have been slain, but he simply asked God to smite them with temporary blindness. Suddenly they began to bump into one another and stumble over things. So Elisha walked out to them and told them he would lead them. They must have formed a long line, holding onto each other as the prophet led them away without their weapons or chariots, until they were surrounded by the armies of Israel. But Elisha said they were not to be killed. Rather, he asked God to return their eyesight and then gave them food and water and sent them home. As long as Elisha was alive, Syria never came back to war against Israel. It helps to have God on your side, knowing his angels are standing by to assist. 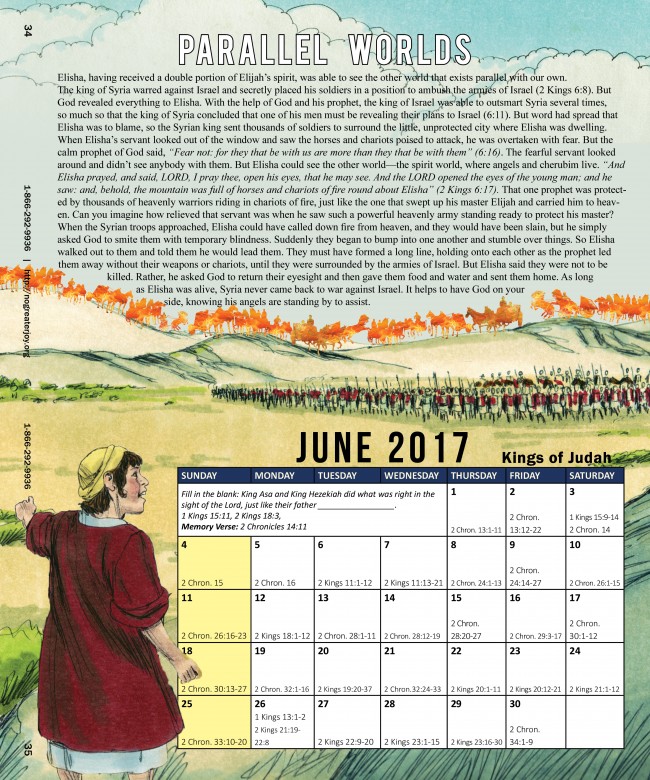