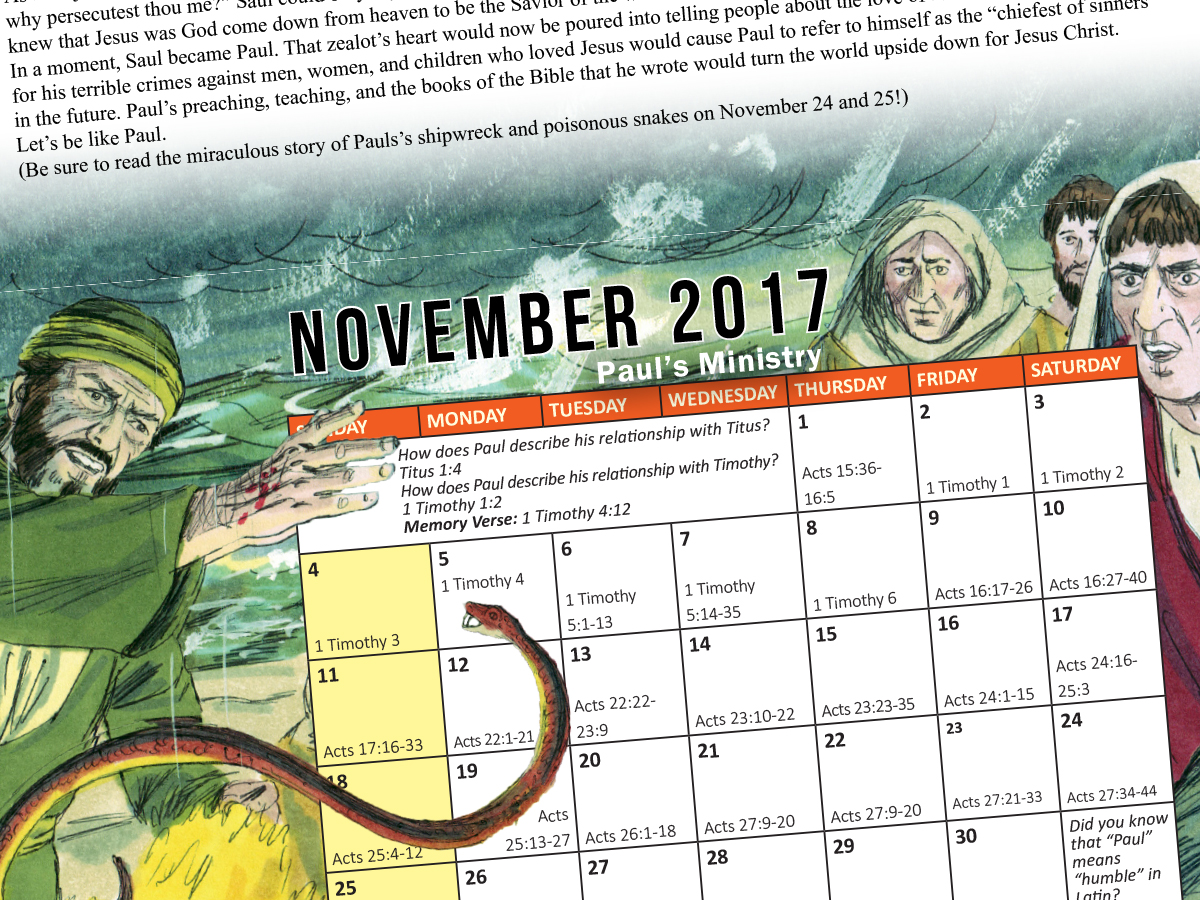 Name Changed to Purge the Guilty

Do you know anyone who changed their name? The Bible records God changing the names of several people, including a man who was named Saul. Saul was a zealot. He was such a devout religious man that he was glad to kill those who didn’t believe like he did. For centuries the Jewish people had always trusted God as the one true God, but then came the man named Jesus. Jesus had been crucified, but still many people believed he was the Savior sent from God who had been raised from the dead. They said he was God. Every day thousands of people were coming to believe in Jesus. The leaders of the Jewish temple sent Saul out as a warrior for God. He was to seek out and imprison or kill as many of these new Christians as he could find. How could someone just kill people for what they believe?

One day Saul got word that there were Christians hiding out in the town of Damascus. He got his men together and with great determination he headed out to destroy this terrible new religion. The Bible says, “As for Saul, he made havock of the church, entering into every house, and haling men and women committed them to prison” Acts 8:3. Then God says, “And Saul, yet breathing out threatenings and slaughter against the disciples of the Lord….”
But God knew Saul’s heart. God knew Saul was trying desperately to keep these people loving the one true God. It would take a miracle to convince Saul that Jesus was truly the Savior sent from God.

As Saul journeyed, suddenly light as bright as the sun struck him, unseating him from his horse. Then a strong voice spoke, “Saul, Saul, why persecutest thou me?” Saul could only say, “WHO art thou, Lord?” And Jesus said, “I am Jesus whom thou persecutest.” Then Saul knew that Jesus was God come down from heaven to be the Savior of the world.

In a moment, Saul became Paul. That zealot’s heart would now be poured into telling people about the love of Jesus. But the grief he felt for his terrible crimes against men, women, and children who loved Jesus would cause Paul to refer to himself as the “chiefest of sinners” in the future. Paul’s preaching, teaching, and the books of the Bible that he wrote would turn the world upside down for Jesus Christ. Let’s be like Paul.

(Be sure to read the miraculous story of Pauls’s shipwreck and poisonous snakes on November 24 and 25!) 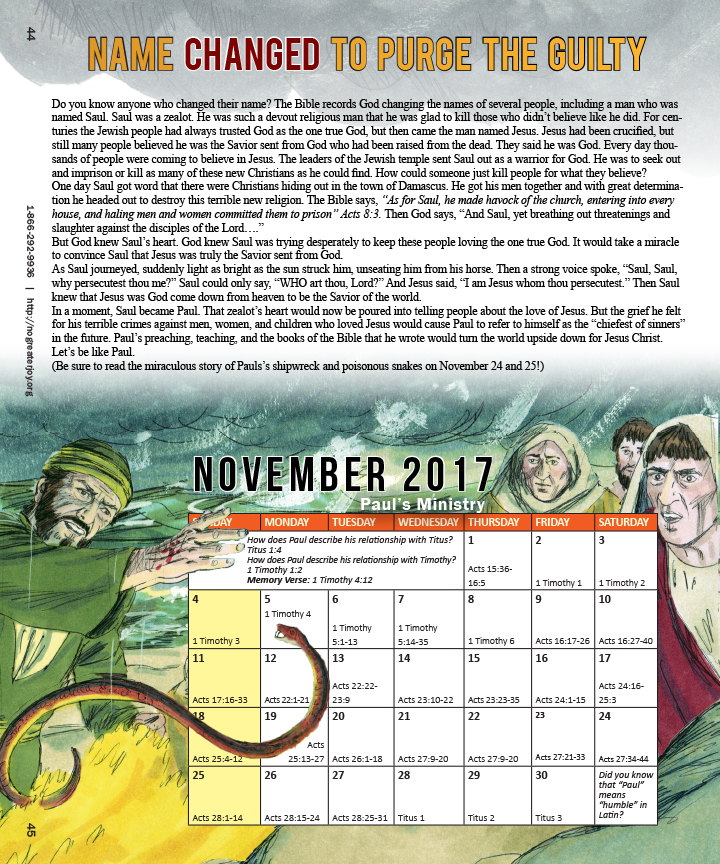