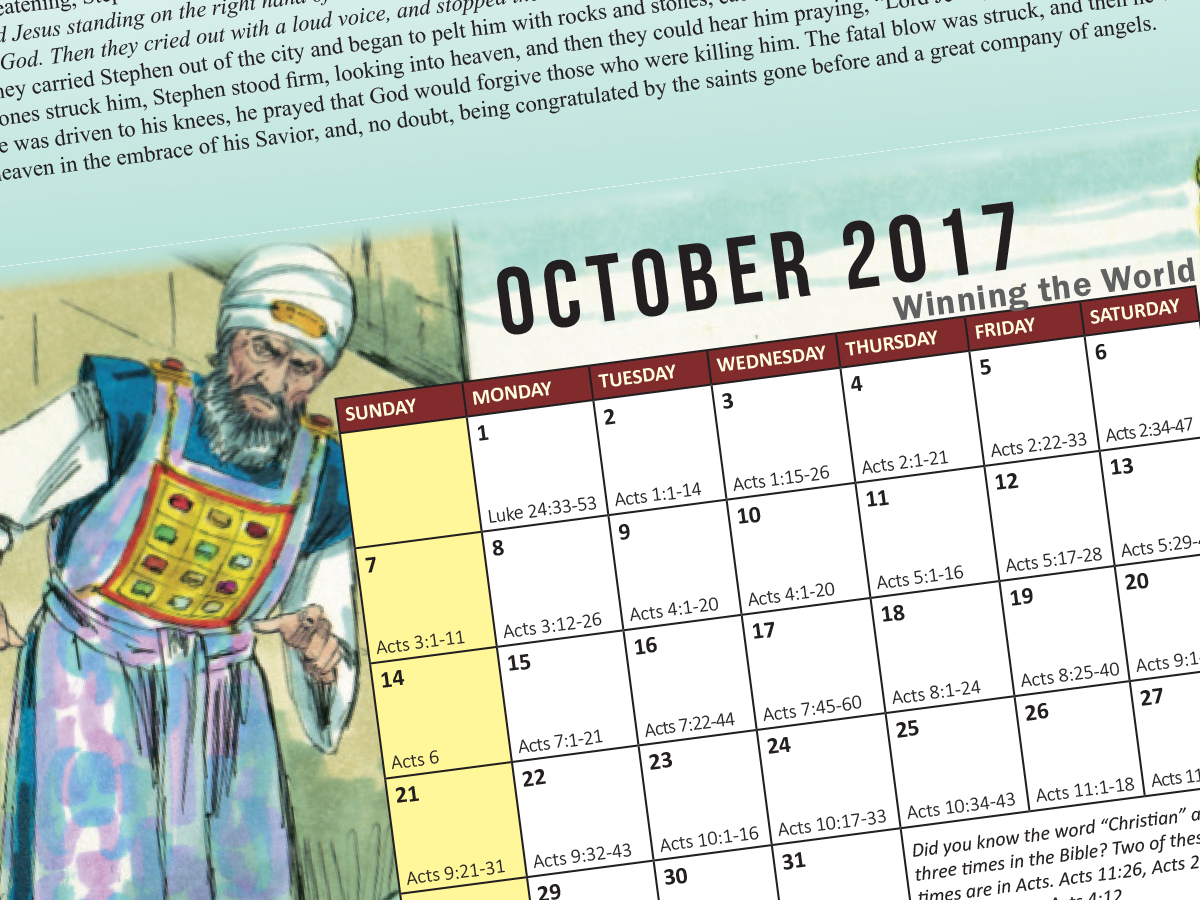 Did you know that it is possible to look up and see Jesus standing by God in heaven? Stephen did.

The early church needed Holy Spirit–filled business men (Acts 6:2-3) to function as waiters for community church meals and to deliver food to the widows and orphans. Stephen was among the chosen. But Stephen became rather prominent, for it was discovered that God was using him to perform miracles, and he was thoroughly versed in Scripture and able to defend the faith to the contentious Jews. The pious religious leaders arranged for some people to come forward and falsely accuse Stephen. But as he stood listening to their lies, the people were shocked to behold his countenance, for “all that sat in the council, looking steadfastly on him, saw his face as it had been the face of an angel” (Acts 6:15). Stephen was radiating the glory of God.

When they asked Stephen to defend himself against the witnesses, he launched into his best sermon ever (52 verses long, found in Acts 7). He preached chronologically through the Old Testament, showing that Jesus was the fulfillment of all prophecy.

When they heard his long sermon, they were very angry, hurling insults at him. While they were crowding in closer, screaming and threatening, Stephen stood in their midst, filled with the Holy Ghost, and he “looked up stedfastly into heaven, and saw the glory of God, and Jesus standing on the right hand of God, And said, Behold, I see the heavens opened, and the Son of man standing on the right hand of God. Then they cried out with a loud voice, and stopped their ears, and ran upon him with one accord . . .” (Acts 7:55–57).

They carried Stephen out of the city and began to pelt him with rocks and stones, each hoping to land the lethal blow. But even as the stones struck him, Stephen stood firm, looking into heaven, and then they could hear him praying, “Lord Jesus, receive my spirit.” When he was driven to his knees, he prayed that God would forgive those who were killing him. The fatal blow was struck, and then he was in heaven in the embrace of his Savior, and, no doubt, being congratulated by the saints gone before and a great company of angels. 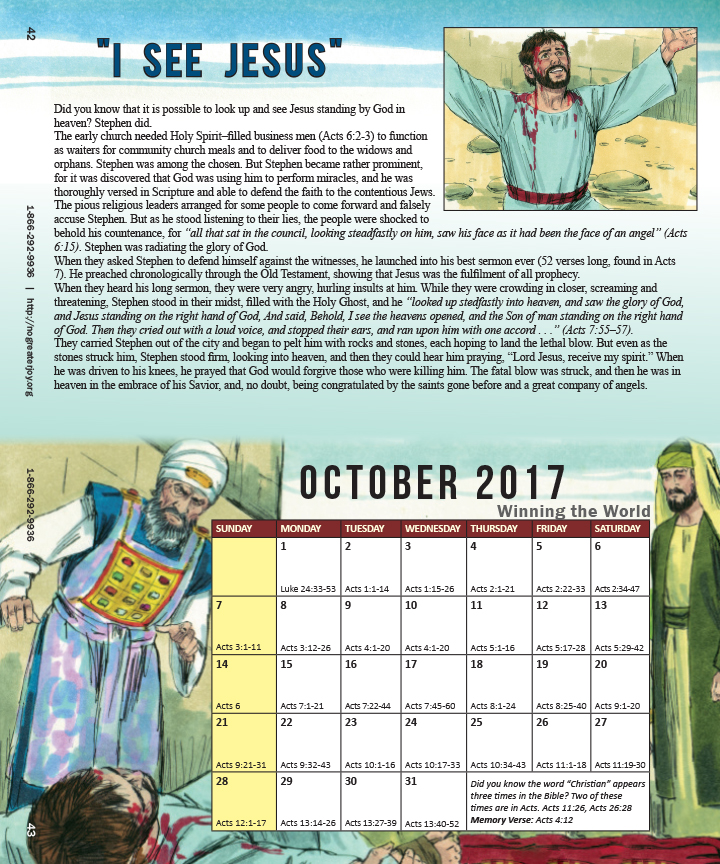