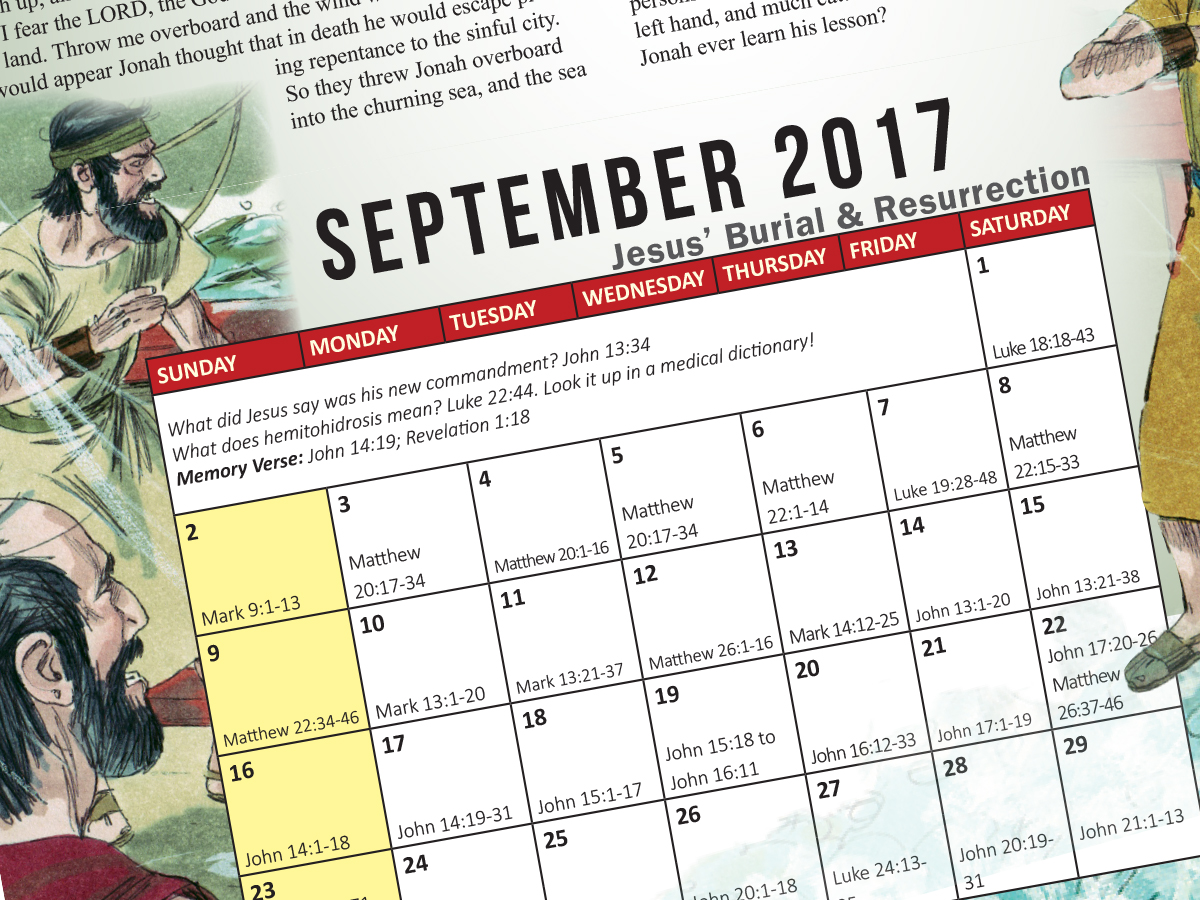 Can You Cry, Outrun God, or Maybe, Just Whine to Get Your Way?

Jonah was unforgiving. He had seen how cruel Nineveh could be, and he wished them dead. When God called him to go and preach repentance to that great city, Jonah refused. He didn’t want them to repent and he didn’t want them to be saved from God’s wrath. So he took a ship in the opposite direction. As the ship sailed further and further from Nineveh, Jonah must have thought he had left God far behind. Did he seriously think that God had given up on him? There was a huge city full of people who needed God’s Word, and God had called Jonah to go. So God sent a storm. Every man on the ship was afraid with the exception of God’s prophet, who was fast asleep. They woke Jonah up, and he told them it was his fault. He said, “I am a Hebrew; and I fear the LORD, the God of heaven, which made the sea and the dry land. Throw me overboard and the wind will cease.”

It would appear Jonah thought that in death he would escape preaching repentance to the sinful city. So they threw Jonah overboard into the churning sea, and the sea became calm. God called into the depth of the sea for an old friend called Whale. Jonah found himself in a foul, slimy darkness. Jonah must have waited for death. After three days in the belly of the beast, he was miserable beyond belief, but still alive. God waited. Jonah repented. And the whale vomited him up on the beach. I guess a disobedient prophet is hard to digest.
Three days in the digestive juices of a whale’s belly would have left Jonah hairless and bleached white. The folks in Nineveh took one look at him, heard him screaming “Repent or perish,” and even the king fell on his face and repented.

Jonah was not pleased with the success of his revival campaign. He built a small shelter (probably to protect his bleached skin) and waited to see if God might yet destroy Nineveh. God caused a gourd plant to grow that protected Jonah from the sun’s glare, and then God prepared a worm (you think God sends worms?) to eat the vine so it withered, leaving Jonah sunburned and mad. What a prophet! God still wanted Jonah to have a merciful heart. God gave us this story so we could learn with Jonah. God says, “And should not I spare Nineveh, that great city, wherein are more than sixscore thousand persons that cannot discern between their right hand and their left hand, and much cattle?” God even cared for the animals. Did Jonah ever learn his lesson? 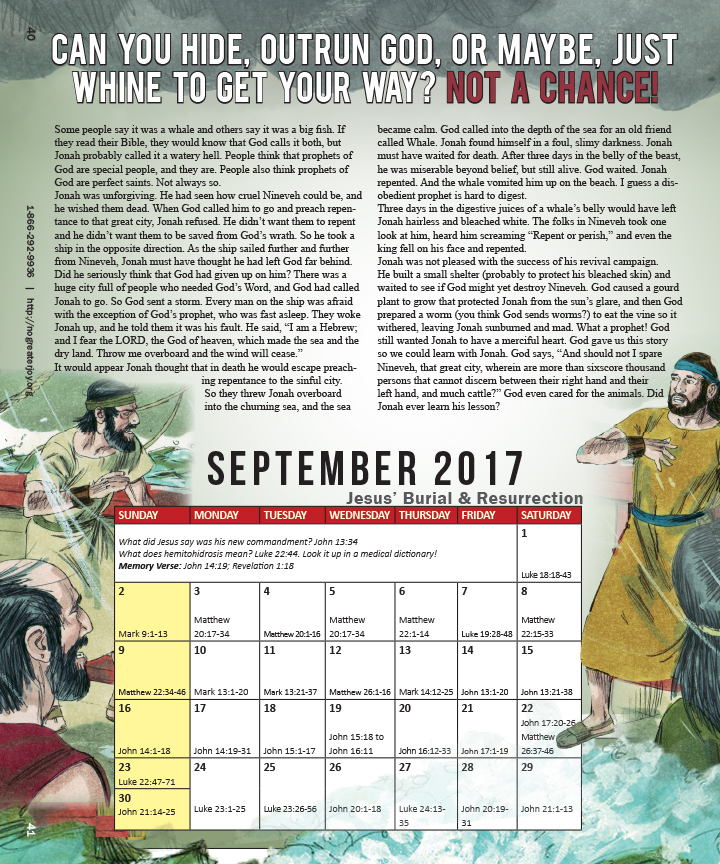