Filter by:
Blog / All / From the desk of Michael and Debi Pearl

From the desk of Michael and Debi Pearl 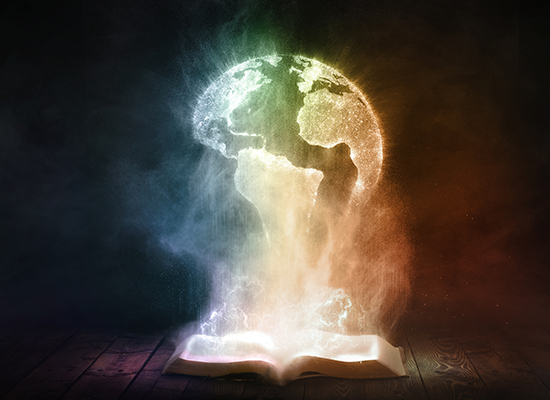 4And in that day shall ye say, Praise the LORD, call upon his name, declare his doings among the people, make mention that his name is exalted.
Isaiah 12:4

During 2020 we reached more people for Jesus Christ than we did in all the combined years of our lives and all while we were being good old senior citizens up on our hill away from friends and family. God does have a sense of humor.

Michael's YouTube presence has become so great that he is a celebrity being recognized at the hardware store. Now that is weird. He has been on YouTube for about 10 years with only a few faithful watching him, but in late October of 2019 something very different happened in ONE DAY.

Suddenly, out of what seemed the blue, one of his videos on YouTube went viral. A few days later another video went viral, getting around 300,000 views in one week.
We speculate that YouTube changed their algorithm and pushed those two videos to the top, causing them to show up on millions of people’s opening page.
We really don’t know WHAT made our measly YouTube channel suddenly get over 100,000 subscribers but we do know WHO made it happen. God was setting the stage for NGJ to be able to reach a multitude of people with the gospel and it would take an army of Believers to help it happen. Through our YouTube channel’s suddenly HUGE audience, our sales of Revelation Posters and other End-Time study books went off the charts.
These extra sales and gifts have PAID for over 7 million people in 40 countries to TAKE the opportunity we put on Google and Facebook and read the gospel. Many of these people have NEVER had the opportunity to hear but they now know Jesus and are spreading the gospel where they are. We have contacts helping provide Bibles and follow-up for new believers. CLOSED countries where the gospel is not allowed NOW have many believers in Jesus due to this amazing open door. While physical doors were shut and people were house-bound, God sent forth HIS message.

Every day, as I read Facebook posts from ladies who are so emotionally stressed about the virus and how terrible the year 2020 has been---, I just laugh and think, “God has something BIGGER going on than just the small inconveniences of missing a few outings.” Even when I read the events of politics I know that while everyone is worried about the future (me too), God is manipulating the eternal opportunity of millions of people who NEED to hear what Jesus has done for them. YES, this year 2020 is the BEST year of our lives.
During this year God allowed us to see the fruit of his harvest and we are still seeing it. CLEARLY, we are in the last days and God is aggressively making Himself known to every tongue and nation. Even what is happening in the Catholic church is fulfilling prophecy and preparing for the Antichrist and “Man of Sin.” Michael has taught, preached, and explained all the end-time prophecies for these last 60 years and NOW we are seeing them revealed.
What a time to be alive! But remember, just as the Scripture tells us, a woman in the midst of childbirth has extreme contractions and then a time of rest, then more intense contractions closer together until the child comes forth. EXPECT contractions. Keep your eyes on the prize of our coming LORD and rejoice in hard times because things are happening you know not of. Pray for the harvest that is white and ready for God’s message.

JD is completely in charge of the iMissionaries program and he has been doing a fantastic job. From J.D. Grimes:
Since 2017 NGJ has been increasing our digital outreach through iMissionaries, aka iMissions, each year. The Good and Evil book is available free online at www.goodandevilbook.com. In October we spent $11,319.47 on ads. Mostly this was on Google. About $600 was on Facebook ads that we ran across Africa in Arabic (we also tried English ads, but the Arabic ones were doing much better).

All together our ads were seen 96 million times, with 637,072 different people who clicked through to the site. Over 400,000 of these people downloaded or read online at least one full chapter of the book. This comes out to around 2.6¢ per person who downloaded or zread the book. Our ads on Google have mostly remained quite stable in their performance over the last few months. This may change in December due to changes in the ad market during the holiday season.
Here is a breakdown of our Google ads last month, by language:
Arabic: In total we reached over 115,000 people, for 3.5¢ each on average. Top locations included Sudan, which performed the best this month, with over 42,000 downloads at 2.3¢ each; Egypt, with over 23,000 for 2.8¢ each; Morocco, with over 16,000 at 2.5¢; Algeria, with nearly 14,000 at 2.8¢; Syria, with over 14,000 at 2.7¢ each. Additionally thousands were reached in Lebanon, Iraq, Yemen, Jordan, Tunisia, Iran, Libya, Mauritania, Turkey, Palestine, and Chad; as well as thousands more scattered in other countries around the world.
Bengali: We reached nearly 10,000 people, at 5¢ each. 2/3 in Bangladesh, 1/3 in India, and scattered some other places.
Chinese: We reached 1,269 people, at 24.7¢ each. Mainly in Malaysia and China, as well as Indonesia, Singapore, and other scattered places. Due to the high cost I've paused these ads for now. English: We reached nearly 5,000 people, at 6.4¢ each. Top places include Sudan, Nigeria, and India, as well as Pakistan, Iran, Tanzania, and many other scattered locations across the globe.
Farsi: We reached 61,844, at 3.4¢ each. This is almost exclusively in Iran, although a number are from different places around the world.
Hebrew: We reached 1,057 people, mainly in Israel, at 20.7¢ each.
Hindi: We reached 200,000 people, at 1.2¢ each. This is almost exclusively in India, and a bit in Bangladesh, Nepal, Pakistan, and other places.
Urdu: We reached 11,352 people, mainly in Pakistan, at 5.4¢ each.
Overall, Sudan stood out as performing well last month across both Arabic and English.
In December, our target budget is about $12,800. I plan to have ads in Marathi, a new Indian translation, running by the end of the month. We're also getting the animated videos translated into Tamil, Hindi, and some other languages, mainly in India. I've created a YouTube channel to upload these to, so that we can use them in our outreach also. On that note, we are working on lots of new translations, and are on pace to deplete our pool of designated contributions for G&E translation by January. We should have enough to pay for all work that is currently in progress, but will soon be ready to begin more translations, if we have additional funding for it.

This iMissionaries ministry is 100% donor funded. To contribute go to ngj.org/donate.

30And the times of this ignorance God winked at; but now commandeth all men every where to repent: 31Because he hath appointed a day, in the which he will judge the world in righteousness by that man whom he hath ordained; whereof he hath given assurance unto all men, in that he hath raised him from the dead.
Acts 17:30-31

4 comments on “From the desk of Michael and Debi Pearl”