Filter by:
Blog / All / Thank you Light Bearers 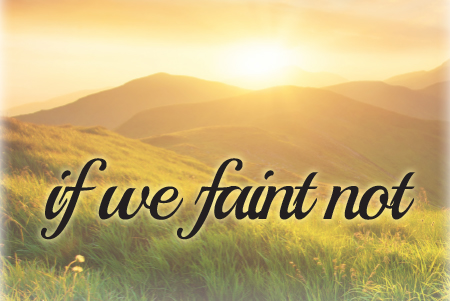 Dear Fellow Laborer,
Starting in our teenage years, Mike and I both did evangelism with young military men. It was during the Vietnam War when men were shipping out to what could possibly be their death, so everyone was glad to listen. Mike and I met in the course of ministering. It was a ferocious ministry that required late nights, lots of energy, and plenty of original ideas to reach the sailors and marines. We saw thousands of young men from all states in the Union come to know Jesus. Over the last
fifty years we have heard from many of them, and some have been a part of our ministry. That ministry lasted about 25 years. Our last week there in a home Bible study, Steve Schnell got saved. He now helps run Baptist Bible Translators Institute in Texas, training missionaries to do what he did as a missionary in Cambodia. 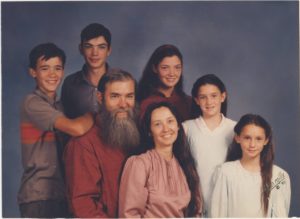 By the time the base closed we had five children, one almost a teenager. Mike felt a strong leading to leave Memphis where both of us were born and raised. We sold everything and moved to the country. Life as we knew it changed drastically but we loved the challenge. We still traveled occasionally for Mike to teach the Bible. On one of those travels a lady saw our kids and wrote us asking what we did to cause them to be interested in ministry. Someone at that same meeting gave us an old 386 computer that didn’t even have Windows or spellcheck. Mike sat at the computer and learned to type and answered her letter. He is long winded . . . the letter was 100 pages but interesting. After adding stories and getting a lot of input we published it. While he was writing I was listening to tapes I bought at a yard sale that taught how to advertise. I put one advertisement in a homeschool-type magazine and suddenly we were in business. No Greater Joy was born. God’s hand of blessing was on it and it grew quickly. We wrote more books and then more books—about 25 or so since the beginning. We had to be fast learners to keep up with it. The book Good and Evil is being used online all over the world to reach hundreds of thousands every week, especially in the Arabic language. And that is just one outreach.
No Greater Joy has been a non-profit for about 20 years and unlike most authors we have never taken any royalties from our writings. About three or four years ago it appeared NGJ was winding down as a ministry to homeschool families, but God moved again.
Quite suddenly the ministry shifted. I guess I would call this new thing “Last Days”—our last days! About two years ago for some unknown reason Mike went viral on YouTube. For several years he had been faithful to teach and put up videos but only had a small following. Then in one week’s time he suddenly had an audience of almost a million. Now he was teaching people who were not interested in homeschooling or marriage but instead were interested in intense Bible study and end-time events. It is timely because lost and saved folks alike are all sensing that the world as we know it is over. All this means Bible teaching literature began to sell like hotcakes. All over the world people were tuning in. Today, the video that was posted one week ago has well over 100,000 views.
Just yesterday Mike had a sudden vision on how to reach millions more. He explained it to the tech guys and they immediately commenced research into how to implement it. Stay tuned . . . coming soon to an iPhone nea

r you. Mike continues to write, putting out two new books this year.
So, here we sit, two old folks with odd aches and pains, taking two naps a day and reminding each other to take our vitamins, but God is still opening doors. Tomorrow he will sit in his office upstairs and our tech man will come and video as Mike teaches the Word. Be sure to tune in every week. www.ngj.org/the door
You who support this ministry will also reap the reward. It takes a mouth to speak the Word, a hand to extend an opportunity, and feet to carry the good news. It takes the whole body of Christ to win the world for Christ. Thank you for carrying this ministry.

Dear Light Bearer Donors,
Thank you for financially supporting our Light Bearer program. I want to tell you how effectively your financial contributions have been used. I just got off the phone with a Chaplain from Louisiana. He is the full time Chaplain at two ICE (Immigration Customs Enforcement) facilities. He is a busy man. He called to say that he “needs more of those Bible Comic Books in Spanish.” I confirmed his address and asked him how many he could use in the next month or two. He said “Well, last time they told me I could only order two cases, so I’ll take two more.” I said “How many can you use? I’ll send you as many as you can use.” After all he’s a Chaplain giving out the gospel to those flooding across our Southern Border.
If you read the news you would know there were 178,622 crossing our Southern border in the month of April alone! No Greater Joy Ministries has a small part in getting the Gospel to those people because of the financial support of people like you. When you give the gospel and someone truly comes to know and love Jesus you have saved someone from hell and made all our lives safer because a sinner became a saint.
We have a rule that any Chaplain that calls requesting Good and Evil books gets them free of charge. We have that rule because of so many generous donors who fund these free cases. So, again we say thank you for your support. Right now the Light Bearers fund is almost empty. If you have the means and would like to help these Chaplains continue getting the cases of books for free please consider contributing by calling our office, mailing a check, or going on-line here: ngj.org/donate.