Filter by:
NGJ Magazine / Articles / Writing Contest WINNERS!
Do you get our FREE Magazine? 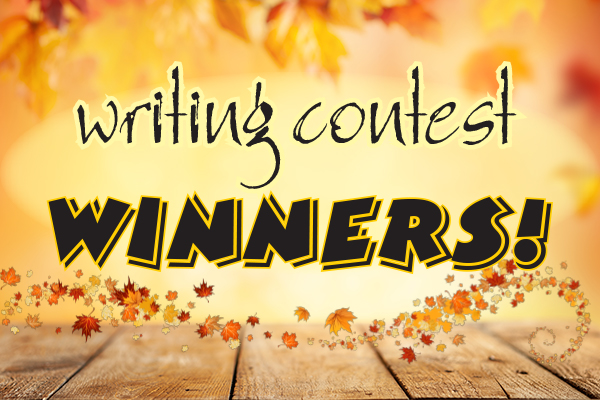 Here are the winners of our July writing contest! Due to limited space, we were unable to print two entries completely, they are available here. Thank you to everyone who participated!

We got a camper trailer this Spring. It has bunk beds for my brother and I. We took it to Papa Wilt's campground in the woods behind his house for the 4th of July weekend. All my cousins, their parents, and our grandparents were there. Nine campers and one tent. Everyone was excited to see each other after so many months of quarantine. I ran around a lot playing freeze tag and I practiced riding my paw patrol bike.
On Saturday, I went to Lake Stonycreek to swim at the Stull Family Cabin. My cousins Katie and Caroline were there too. I like them. My Dad has a Pirate Ship. He "sails" it around the lake. He cooks 96 hot dogs, puts them in a bun, wraps them in foil and shoots them from a potato gun from his ship to the people on shore. I tried to catch the hot dog he shot at me but I dropped it. The hot dog was tasty. My mom gave me a red, white and blue cake. I liked eating it too.
That evening I helped my Dad decorate the Pirate ship with red, white and blue flags and lights for a boat parade. I wore glowsticks and my Dad dressed as Uncle Sam. When it was dark, we watched the fireworks from the ship. All the fireworks are my favorite. My brother and I stayed up late. We were tired. Nana and Pap took us back to the campground for a sleepover in their camper. I like their camper too.
The End!

Dirty face, dusty feet,
Sandy curls - none too neat.
Little hands that "clap and clap."
Little feet that "slap and slap."
Little face all lighted up,
Little smile will cheer you up.
Picture it now the little boy,
he is my most favorite play toy.

David is my brother
I miss him very much
I never got to hold him
Or even feel his touch
He lived inside my Mommy's belly
but not for very long
Oh how I wish I could see him
and sing him a sweet little song
David lives in Heaven now with Jesus
where there is no pain or sin
I know one day I'll see him there
because I've been born again.

Ding-dong went the door at the Howard house one summer day. Rose Howard thought to herself, "I hope that is Mrs. Barnney with Ginger.
Mrs. Barnney was an elderly woman who lived across the road from the Howard home. She was going on vacation for a few days and couldn't take her dog, Ginger with her. Mrs. Barnney had asked the Howards to take care of Ginger while she was gone, and they said that they would gladly care for her.
Rose peeked out the window and exclaimed, "She's here!" ­
Mother came and opened the door. She said, "Hello, Mrs. Barnney. Would you like to come in and have some lemonade?"
"No, thank you," Mrs. Barney replied. "I have to catch a plane in less than an hour. I better get going."
"Goodbye," Mother and Rose called out together.

A few days later, Rose was sitting on the porch swing looking bored. She went into the kitchen and found Mother making some bread. "Mother," Rose asked, "Can I please take Ginger for a walk?"
"No, I think Ginger would pull you everywhere. Why don't you wait until Father gets home from work?"
Rose went outside without even answering. Angry thoughts spun around in her head. "I can do it! I don't have to wait until Father gets home! I will show Mother I can do it, I will show them all!"
When she went inside again, Mother was putting Baby Jewel, Rose's sister down for a nap. Rose snuck quietly to the pantry, took Ginger's leash, and went outside.
Rose walked proudly down the street thinking to herself, "See I can do it! Mother doesn't know what she's talking about.
Everything went well until a squirrel darted out in front of them. The leash was jerked out of her hands as Ginger chased after the squirrel. Both dog and the squirrel bounded out of sight.
"Ginger, Ginger. Come back!" shouted Rose. But the dog was gone.

Rose searched for Ginger for a long time. When she could search no more, she collapsed onto a curb and wept.
All of a sudden, Rose felt a gentle hand on her shoulder. She lifted her tear-stained eyes into the face of a girl about her age. The girl had dark brown hair, and was pretty to look at.
"Excuse me, but I heard you crying. May I ask what is the matter?" the girl asked.
Rose said, "I lost my neighbor's dog, and my neighbor will be back tomorrow!"
"Can I help you look for the dog?" the girl asked. She continued "By the way, I am Jane Tomson, and I live in the white house across the street. What is your name?
Rose answered, "I am Rose Howard. I live on the next street over. Thank you for the offer. I would really like some help."

For the next hour, the two new friends shouted Ginger's name until they were both hoarse. "Goodness," Rose suddenly exclaimed, "It's almost suppertime! Thank you for your help, Jane, but I must get home."
"I understand," Jane said, "Will you tell me if you find her?"
Rose replied, "I will. Goodbye, Jane!"
The two friends parted ways.

When Rose got home, Mother and Father were sitting on the couch with worried looks on their faces.
"Where were you, Rose?" Father asked. "We have been worried sick about you!"
The whole day seemed to crash down on Rose. She started to say, "I... I lost" then she burst into tears.
"Come, sit on my lap," Father said.
When Rose had done so, Mother asked, "What happened?"
When the whole story came out, Father said, "I am disappointed in you, Rose. Mother asked you to do one simple thing."
"I... I am so sorry," Rose sobbed.
"We forgive you," Father replied, "we will put out flyers tomorrow, and hope someone will find Ginger."
"But Mrs. Barnney comes back tomorrow!" Rose exclaimed.
"We know that, honey. We will have to explain the situation to her," Mother put in. She continued, "now go upstairs, put on your PJs and brush your teeth. We will pray with you when you are done. "
When Rose was finally tucked into bed, she told Mother, "I hope we can find Ginger before Mrs. Barnney comes home."
"I know, sweetie, we all do. Try to get some rest. Goodnight, Rose," Mother whispered.
In the middle of the night Rose awoke to barking outside her bedroom window. "I am probably dreaming," she told herself. Rose rolled over and tried to go back to sleep, but the barking continued. "Ugh," she mumbled and got out of bed to look out her window. What she saw made her heart leap for joy. Ginger is outside!
Rose tore downstairs and woke up Father and Mother by shouting over and over, "Ginger is outside! Ginger is outside."
Everyone raced to the door with excitement. When Father opened the door, there Ginger was, wagging her tail!
A happy girl went to her bedroom that night, thanking God that Ginger had found her way home. Rose learned a good lesson that you should always obey your parents no matter what, because they know what is best for you.

Four friends stood, their hearts in prayer
Their faces toward the temple fair
Three times a day the priest blew a horn
And three times a day, prayers were heaven borne

One day disaster spelled by lines of men,
Approached the city, true to prophet's pen.
Siege and terror wreaked the town,
Soldiers, fire, a wall fell down.

The lines of people, men and boys
Were chained together like soldiers' toys.
Now they're marching across the sand,
sadly heading for a distant land.

Hananiah, Mishael, Azariah, and Daniel-
Stuck by themselves without God's manual.
Of how to be good, and live by His Word,
Now they must live by what they have heard.

Standing before a monarch young and rich
He tests their knowledge, strength and pitch
"Send them to school!" he orders the guard
When test after test they aced and starred.

Fine foods were offered, provided by the king
The sights made their consciences start to ring
"We can never of this food of enjoyment dine,
We must stay sober and avoid the wine.

A vow to stand true, and a vow to be firm:
'To be faithful to God the whole school term'.
So off to the guard they hurried away,
And explained the dilemma they'd discovered that day.

"To see if it works, just try us ten days,
And then you'll know if wise eating pays,
But if we are worse than all the rest
Then you will know that the King's food is best.

Then Melzar, the guard, did his part,
For he really loved them in his heart
Ten days he fed them as they pleased
And the boys prayed on their knees.

For God to help them win the test,
And always do what was best.
When the test came on the eleventh day,
They were ten times better in every way.

Standing for God surely is right
Even if it's a hard and grueling fight
So when you're tempted to do wrong
Stand steadfast, wise, and strong.

Don't let your friends push and sway
From what you know is the right and wrong way
And then your roots will be firmer bound
In God's Word the most solid ground.

If they say 'Come let's to this'
Don't do it if it sounds amiss
Be a Daniel, young, wise and strong
And you will stand out from the throng.

For many young people are great and brave
But many know not how to behave
When their friends be and pressure them in
To something that's nothing short of sin.

Remember, no matter what they say
We must be faithful to God all the way
If we want heaven's crown to win
We must resist and flee from sin.