Filter by:
NGJ Magazine / Articles / A Dip to Remember
Do you get our FREE Magazine? 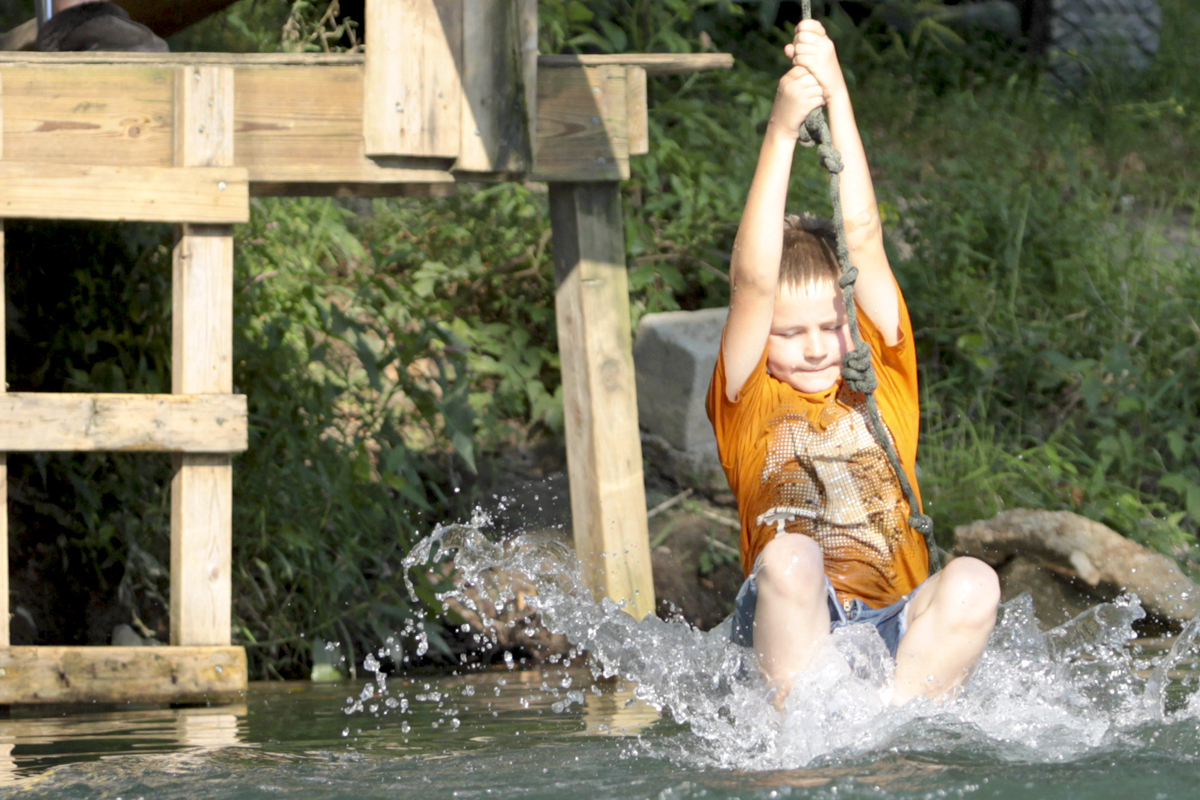 I just read an article the other day where a young man and his friends were stealing from a neighbor down the street. They got caught and had a shootout with the cops. The young man’s friend with a gun tried to shoot one of the police officers and instead was killed. The officers predictably apprehended all the thieves. When the young man had his day in court and charges were brought against him, rather than be sorry, he was inexplicably defiant to the judge. Instead of displaying even a pretense of remorse for his crimes, he boldly stated, “I ain’t got time for this!” certain that no law or authority could affect his way of life. He got 65 years to reconsider.

As my wife and I talked about this we wondered, how does someone get to the strange and ridiculous perspective that they need not fear authority at all? I believe it starts with a 1-year-old boy who believes he has no boundaries, but instead has absolute power over his own life. Throughout his life, his experience is that if he is loud enough, brash enough, angry enough, and if he flails hard enough, opposition will cease and the universe will conform to his wishes. When you state it plainly it seems silly, and yet everything about his childhood confirms this worldview. As an independent sovereign he knows no fear, certain that—regardless of his actions—there will be no negative consequences. This is creating a generation of miscreants who do not fear authority.

The problem as I see it is that we Christians often filter the teaching of Scripture with popular culture instead of the other way around. As a parent—especially as a father—it is my responsibility to reject the counsel of the ungodly and to embrace the teaching of the Word of God. The Bible plainly teaches that fear can be healthy. Solomon tells us that “the fear of the LORD is the beginning of wisdom" Proverbs 9:10. This is vital information that should be ingrained in the psyche of every man and woman alive. Unfortunately, it is not. That is why “broad is the way, that leadeth to destruction” Matthew 7:13, and it is full of people without the fear of God.

You cannot explain the fear of God or the fear of the law to a 6-year-old, yet much of the worldview he will have for the rest of his life is formed in early life. By the time he can clearly form two sentences, run without falling, and look forward to Saturday, he should have learned a proper fear of authority. Fear should not be the defining characteristic of the relationship you have with your children, but it should be the fence that protects them from things on the other side.

When I was 7 years old, we had a pond by the house. I was a good swimmer and had no fear of drowning. One day, while my brother and father were out throwing a baseball, I went over the hill and took a swim in the pond. Now I swam in the pond all the time with the family present, but one of the house rules was that you don’t swim alone. However, the day was hot, and in the spirit of Tom Sawyer I decided to go for a dip. About the time I finished my swim and got out, my dad and brother came over the hill and found me there, dripping wet, just out of the pond. My dad took one look at me and said with all the gravitas that only a father can muster, “You’ve been swimming.” “Yes,” I replied while looking at the ground, knowing I had been caught. He took his belt off right there and gave me a whipping I wouldn’t soon forget. You see, my authority understood something that I didn’t: children drown, even those who are good swimmers. It is dangerous, and children should not be swimming unattended. At 7 years old, the danger posed was so remote that to a young mind, it was non-existent. I had swum before and I was fine; why wouldn’t I be fine again? But to my mind, the danger posed by a just father who had given the law—and then was willing to back it up with action—was very clear. The fear of my father could have saved my life. I will never know, but I will always be grateful for his willingness to act in love on my behalf to protect me with the fence of fear. I remember after getting spanked he grabbed me by the shoulders, looked at me with tears in his eyes, and gave me a hug. Seeing my dad misty-eyed startled me enough that the incident was burned in my mind. You see, our relationship was not based in fear, but in love.

As a Christian our goal is to be Christ-like, to follow the example he set. As such, your home should never be one that’s filled with fear as a defining characteristic. I’ve been in homes like that, where fear hangs over your head like the smell of formaldehyde at a funeral home. Because of this, the home exists in a state of constant civil war, where anger, fits, silence, and physical altercations are the status quo. In that home everyone is equal, the advantage going to the one making the most noise or inflicting the most pain. In that home, when Dad gets out his belt, it is as a tyrant terrorizing his toddlers, not as a teacher instructing his children. In that home, lack of fear is not the problem, but rather lack of order and an authority structure. Fear properly exercised is not fear that Dad will get mad, but rather that Dad is righteous and just and will hold me accountable to the standards he has set. Proper fear does not necessarily require corporal chastisement after every infraction any more than it requires you to go to prison to learn not to speed. It will, however, require properly exercised authority that is consistent, well thought out, and universally enforced.

A godly and balanced home will have a father who is in charge and engaged, and Mom will be his trusted and well-loved lieutenant who helps enforce the standards that Daddy has set. In this home, there is a chain of authority where Christ is the head that Dad follows intentionally, carefully, and prayerfully. Mom follows Dad just as intentionally and carefully as he follows Christ, and she joins him equally in prayer to fully cover their home. The children willingly embrace the structure of the home and function inside the boundaries Dad has set for them. There is no struggle for supremacy and no civil war in this home. Instead there is pervasive peace filled with love and harmony. And when that peace is inevitably violated, Mom and Dad are there to correct as needed in order to reinstate the harmony.

Today it seems that a home like this is too good to be true, like it must be some sort of made-for-TV fairy-tale, but I grew up in this home, my kids are growing up in this home, and if you apply yourself to the Word of God, you can have this home too. Pick up your Bible and read it, and when you are done, read it again and again. Then apply your life to living out the Word of God.

Humble yourselves therefore under the mighty hand of God, that he may exalt you in due time: Casting all your care upon him; for he careth for you. 1 Peter 5:6–7

To Train Up a Child