Filter by:
NGJ Magazine / Articles / A Good Pair of Glasses
Do you get our FREE Magazine? 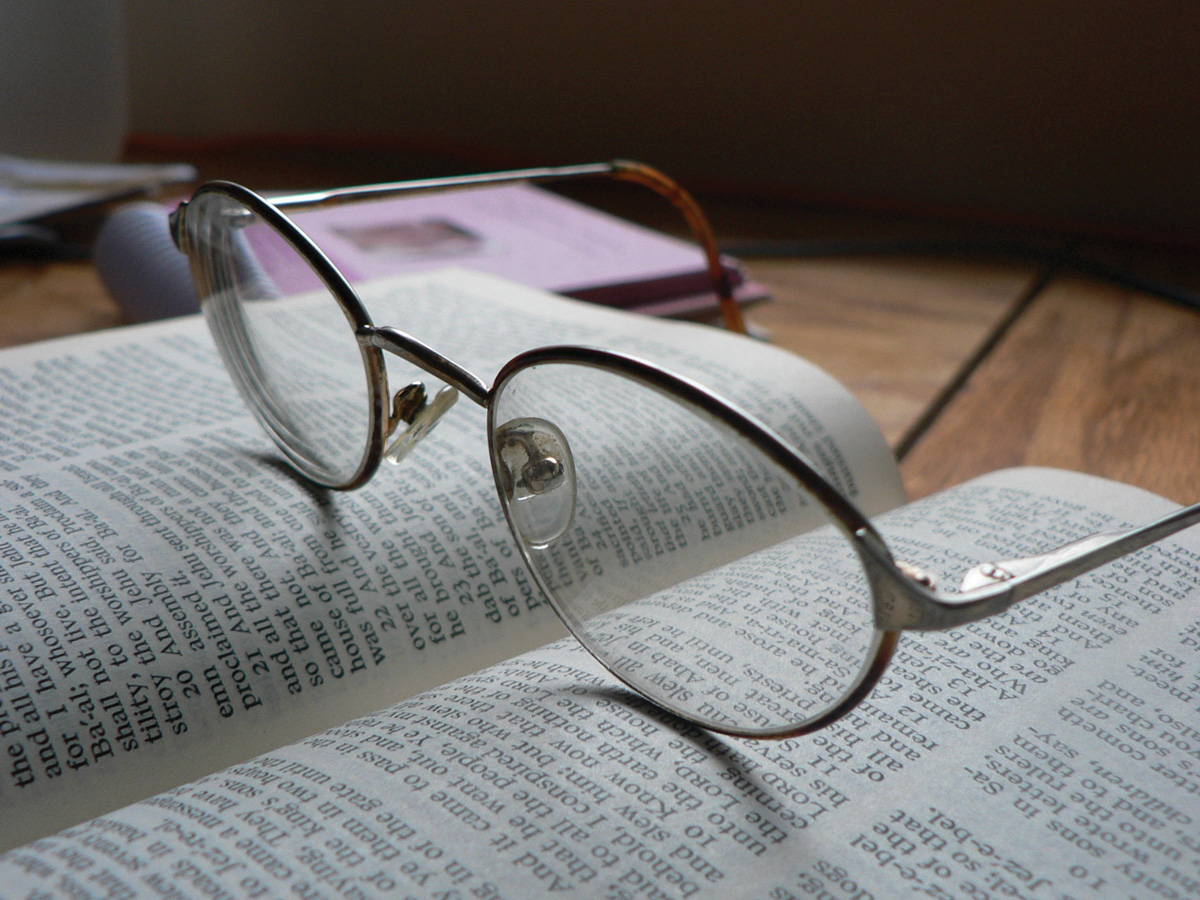 Women view life through glasses that see everything in terms of feelings, while men view life through glasses that sometimes seem to be without any feelings at all—just plain logic. We were laughing about it in the office the other day when the newest member of our staff told this tale. She was having herself a good cry. For most women a good cry is like a good nose-blow: when you have a cold, it just clears your head—most refreshing. Hearing her cry, her young husband came rushing in, wanting to know what was wrong. It is totally annoying to be forced to stop in the middle of a good cry to try to explain that nothing is wrong; you just need to cry. But the young wife did stop crying long enough to explain to him that when a woman cries there doesn’t have to be a rational reason. It’s just a girl thing. Of course, being a man, he didn’t have a clue. And, in addition, being a young man with little experience in the art of ‘husbandhood,’ he didn’t believe her; so she called his mother and ask her to explain it to her dumb son. He is learning ever so s-l-o-w-l-y. Men just don’t get it when it comes to emotions. Women are equally as out of touch when it comes to cold, clear logic. Most problems arise because our actions are prompted by our feelings rather than objective analysis.

Both feeling and logic are a necessary part of life. A logical man and a feeling woman can make a good team. If a man can borrow his wife’s glasses and get a view of the world from her perspective, it helps temper his perception of humanity. When a couple can work together, each knowing his or her gifts and abilities, and when they can trust each other, they can reach far higher together than either could alone. Logic tempered with sensibilities is like wisdom with compassion, judgment with mercy. “Mercy and truth are met together; righteousness and peace have kissed each other. Truth shall spring out of the earth; and righteousness shall look down from heaven” (Psalm 85:10).

But sometimes we see problems between couples caused by a lack of balance. Sensibility strives with judgment. When a wife’s sensibilities displace a husband’s logic and judgment, what you have is caring without discernment. How does this imbalance occur? How do feelings triumph over facts?

When a man’s moral confidence is broken by his sin, by constant criticism, by the hard knocks of life, or when his morale is broken because he and his wife do not function as one, the husband may lose his resolve as a man. He doubts himself and loses his ability to see absolute truth and judgment; in which case the man will defer to his wife’s interpretation of life in many areas. He becomes the sensitive man, nearsighted, where feeling dominates, instead of farsighted where truth rules.

It is appropriate that a man should defer to his wife’s sensibilities when it comes to babies. Her motherly instincts toward the newborn are a compelling force of nature. Even in training children, especially with the younger children, husbands have a tendency to trust their wives’ instincts. But as children grow into the world of responsibility, they have a greater need for objective wisdom, which sometimes may seem unfeeling to the sensitive mother. If mother seeks to protect her children instead of deferring to her husband’s just rule, daughters grow sulky and sons grow effeminate and weak, leaving them both unfulfilled. Fathers are prone to reject sons that mothers protect.

Emotions, by their very nature, are poor indeed as a basis of decision-making. Sentimentality necessarily lacks judgment, and judgment is essential to the perception and execution of truth. Hearts cannot afford to be tender until justice has had its due.

The other day our daughter Shoshanna had made arrangements with a ten-year-old friend to come over and entertain their baby boy while she and her husband worked on a project together. Shoshanna gave her the time and made it clear that she was in a hurry, so she should watch and be ready to come immediately when she heard the horn. Shoshanna arrived on time, honked her horn . . . several times, waited 5 minutes, and then left. While Shoshanna was growing up, she periodically worked for the young girl’s father. He would come by the house at 5:00 in the morning and blow his horn. If she was not out the door in 60 seconds, she got left behind. Our family was raised to respect the time of others and to always be punctual. Leaving them behind when they lagged was the strongest tool in our training arsenal. You only have to leave them once or twice and they learn to be punctual. In speaking of it, Shoshanna said that in time she expects to have the girl working for her often, so now is the best time to train her to be disciplined. Shoshanna—as a female, emotional by nature—has learned to think with her head and not just her heart (in some cases). The next day she heard from the girl’s mother. She was deeply hurt because her daughter was so “bitterly disappointed” that Shoshanna was so “unfeeling” as to “break the poor child’s heart”—a typical emotionally driven female response. Of course the child’s father recognized the need for his daughter to learn the lessons he had taught Shoshanna many years before. After reflection, the mother could see the justice and the training in the situation as it had unfolded. Emotions can short-circuit wisdom and allow selfishness to take charge. Wisdom must be objective. Many conflicts that should have been dealt with by truth were sodden with emotions and stripped of objectivity.

Now here is the point of this article. It is a warning, a caution, a course correction. We see men who have laid aside their objective glasses and are seeing the world through female glasses. There has been a paradigm shift in the church. Modern Christian worldview has communicated the idea that sensitivity is spirituality, that passivity and unregulated compassion are the heart of God in every matter. The church as a whole has adopted a female worldview. Modern worship and preaching have effeminized the men. Even in cultures where women are not officially given leadership capacity, their sensibilities are in control—through the men. Much of the “praise” music is more like a weepy love song than marching, militant, warriors going to do battle with the devil, wearing the armor of God. We are seeing the fruit in the weak and sensitive sons.

A man of God is compassionate and sensitive to the needs of others, but he is first a man of truth and judgment. We are a whole being, made in the image of God. Our souls possess the three attributes of intellect, volition, and sensibilities, more commonly called mind, will, and emotions. Balance is found in order. Doctrine, truth, worldview, belief, and convictions all originate in the mind, not the sensibilities. To follow feelings before filtering them through truth is to yield to fantasy and personal pleasure. But that is where the church is today—and where the home is.

Wives must be careful not to feed the “feeling frenzy” by insisting that their husbands share their sensitive perspectives. Allow your husband to be a man without judging his spirituality when he acts out of objective convictions rather than touchy-feely sentiment. Do not interfere when your husband tries to make men out of your little boys. A good father must sometimes act a little bit like a Marine sergeant. If a child sees his mother’s hurt feelings, he will develop a chip on his shoulder and assume he is the victim and his dad is at fault.

The Bible recognizes the proper order when it says, “…speaking the truth in love, may grow up into him in all things” (Ephesians 4:15). Truth directs love. Love, forgiveness and compassion cannot be indiscriminately given, or it will lead to injustice. To sympathize is not a luxury of truth.

I can see where some of what we have said can be taken out of context and used to justify the selfish responses of a husband and father. Nothing ever written is free from misuse. But a pure heart will see the wisdom and truth of the admonishment as it was intended. We call on you to resist this slide into the feminization of our culture, our churches, our homes, and most of all, our young men.

5 comments on “A Good Pair of Glasses”