Filter by:
NGJ Magazine / Articles / A Wise, Happy Father-in-Law
Do you get our FREE Magazine? 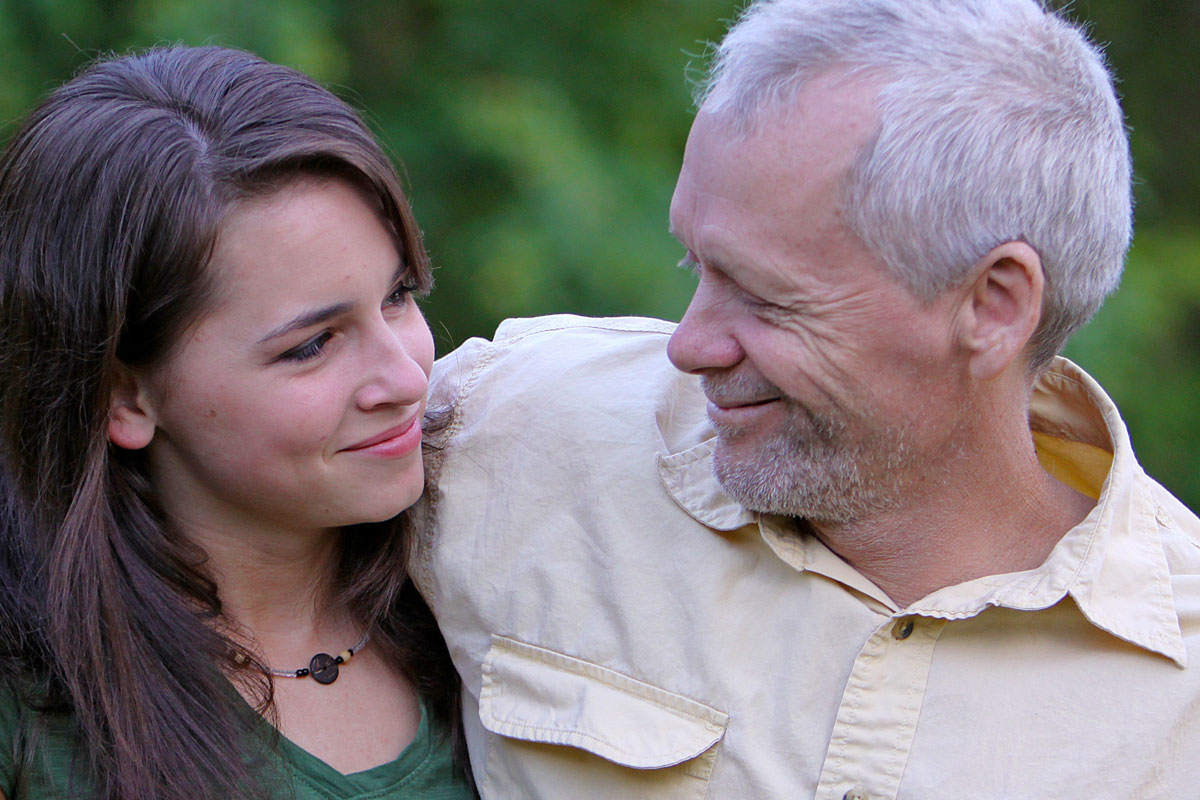 The most important decision a person will ever make is whom to marry. That choice is jeopardized by the fact that it is made at a point in life when young people are living mostly by passion (misplaced romance) rather than by objective wisdom, and is further complicated by the reality that in at least half of the cases, it is based on the other person’s advances rather than from one’s own careful consideration.  This is a biggie, for taking a life partner is a road of no return, determining the course of the rest of one’s life. To bail out (divorce) and try again does not negate the consequences of a poor choice; it is just the fallout of foolishness.

We were created to be part of a unit of two.

There is an intuitive drive built into every young child to contemplate having a spouse. Our very young grandchildren (three or four years old) often talk about marrying this little girl or that little boy. We were created to be part of a unit of two. Until a person comes together with his other half, he will remain in a constant state of anticipation. It is a God thing, part of our human nature.

This past week, we talked to some bitter parents whose daughter had “jumped ship.” She had reached the ripe old age of 19 with never a hope of possible suitors. One day, while she was tending her family’s vegetable stand, an older single man spoke kindly to her. With little effort he learned when she would be there alone, and thus began their short courtship. Her parents never had a clue. It is not as sad a story as it sounds. Her parents were blessed in that he was an honorable fellow seeking marriage instead of a pillow pal, but he came from a different denominational perspective, his doctrine conflicting with theirs, and, obviously, he had different ideas about how to obtain a wife than did they.

We told the parents that their daughter had not jumped ship; they had pushed her overboard by not giving her a hopeful vision of possible suitors. Instead of living in bitterness and blame, they should now forgive, forget, and start enjoying grandbabies.

If you don’t take your children’s “love need” seriously, and thus neglect to start early in cultivating high-quality relationships with other families that have possible future spouses for your children, then you are setting up your family for some big-time ship-jumping.

Young men can be deterred from asking for your daughter by the expectation of having to jump through the “judgment hoop.” Your word of approval might be all it takes.

By the time children have reached puberty, they are driven by their divinely created natures to scan the many passing faces in search of a lover. Your children need hopeful possibilities. This instinct is so overpowering that they will be susceptible to “unsuitables” if you do not keep them among suitable possibilities. If they do not see anyone on their side of the fence, they will climb over, and they will do so when you think they are still children. Isolation does not prevent them from catching the love bug; it will find them in the forest or while they are shut up in the homeschool room. You may be reading Bible stories and talking about getting a good education while “waiting on God” for a spouse, but at night they are dreaming of beginning life with a secret lover.

We would suggest that fathers get to know the young, up-and-coming men of the church. Work with them for a few days to find out whether they are lazy or hard workers. What they are in their youth, they will be as men. See if they are hot-heads, selfish, rude to their mamas, or just plain sissies. Be a bit forgiving as you remember what a jerk you were at their age. Develop a relationship with them to discover their interests and the weaknesses of their flesh. When you know that you like one of them, mention around your home dinner table that he is hard-working and has a good attitude, and then watch your daughters blush.

If you know quality young men, tell them that you really think they are worthy men, and that you hope God blesses you with son-in-laws of such character. Sometimes young men have a desire to ask for a girl, but are deterred from doing so by the expectation of having to jump through the “judgment hoop” before they are considered a possibility. Your word of approval might be all it takes.

So parents, train your children in preparation for their wedding day, and let your children know you are expecting that moment to come. If you are so fearful of the process that you put it off for too long, allowing your daughters to pass their prime marrying age, they will either be passed over or fall for a dud of a dude who somehow gets through the cracks in your defenses.

Whoso findeth a wife findeth a good thing, and obtaineth favour of the LORD.
Proverbs 18:22

A wise parent has the family mingle with other good families, so that younger children can see possibilities. Eminent possibilities keep them hopeful and content to wait a little longer.

A wise parent takes his children to events where they can meet possibilities. A daughter who knows that her father has several scouting parties planned will be content to bypass the casual flirt at Wal-Mart or the customer at the vegetable stand.

A wise parent pours into the life of possible suitors, or checks them out in more covert ways, such as by asking a young girl to help out around the house in order to learn about her big brother. A wise parent prepares, then plans, and then lets young adult children choose from the carefully provided pool of potential spouses.

When Rebellion is Godly

3 comments on “A Wise, Happy Father-in-Law”