Filter by:
NGJ Magazine / Articles / Aiome Tribe Welcomes Missionaries
Do you get our FREE Magazine? 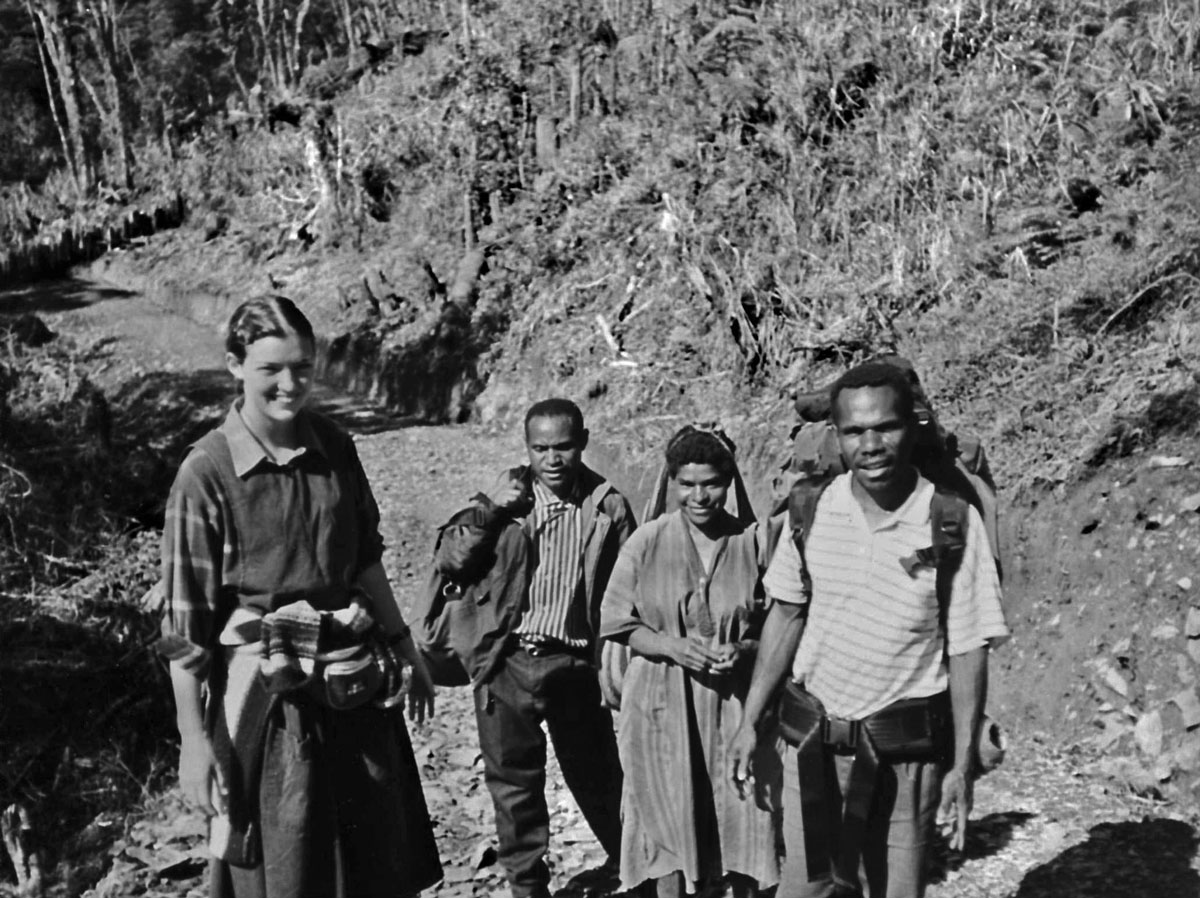 This news letter will go to the printer before Rebekah and Gabriel get home from Papua New Guinea. For us, it has been a matter of daily, nearly constant prayer. We know that our two children are in our Father’s hands. When they were born, we committed them to the Lord. This was not to guarantee they would live to a ripe old age or be healthy and successful in life. Entrusting them to the Lord was not an insurance policy against pain or loss; it was a commitment that God could have their bodies and souls to use to His glory and honor. ?
As I am writing this, July 17, they are still in the mountains visiting the Aiome tribesmen. The last contact we had with them was two weeks ago, the day before they took a small plane hop up to a recently constructed air strip, fairly close to the tribes that Rebekah desires to reach.
Rebekah didn’t know what kind of reception she might receive when they would walk into the Aiome villages. But, while they were in Madang visiting with Independent Baptist missionaries and finding out all they could about the region they would enter word had reached the tribe that a missionary lady wanted to give them a Bible in their own language. Three native men showed up at the missionary’s door in Madang and asked to see the missionary lady. Through the interpretation of the missionary, they told how a man from that village had come to know Jesus Christ through the witness of a Baptist missionary. The Aiome native was using a Bible in the Pidgin language trying to teach several others. The others can not read the Pidgin. They asked her to come to their village, learn their language and give them a Bible in their own dialect. They were burdened for the 14,000 people of their language who did not have a Bible and did not know Christ.
They assured her they would assist in building a house for her and in any other needs. They said their tribe would “adopt” her, providing complete protection. The missionary explained this meant that if anyone harmed her, it would be taken to be harm to the whole 14,000, who would then go to war on her behalf. This custom guarantees virtual safety within the tribes.
So when Rebekah and Gabriel entered the villages to conduct the language survey, they were accompanied by men of the village welcoming the missionaries who brought hope of a Bible in their own language. God had indeed prepared the way.
Thank you for praying. And, we thank those of you who gave to make this trip possible. They will be home in time to attend a seminar in Rochester, NY, August 6-11. Rebekah will then be visiting churches to share her vision for her return to commence the language learning and translation of Scripture.
No church or Christian group is too small. If you would like to have her present her work, contact us, and we will see if it can be arranged. She hopes to return to P.N.G. within six months or less.