Filter by:
NGJ Magazine / Articles / An Unexpected Road to Success
Do you get our FREE Magazine? 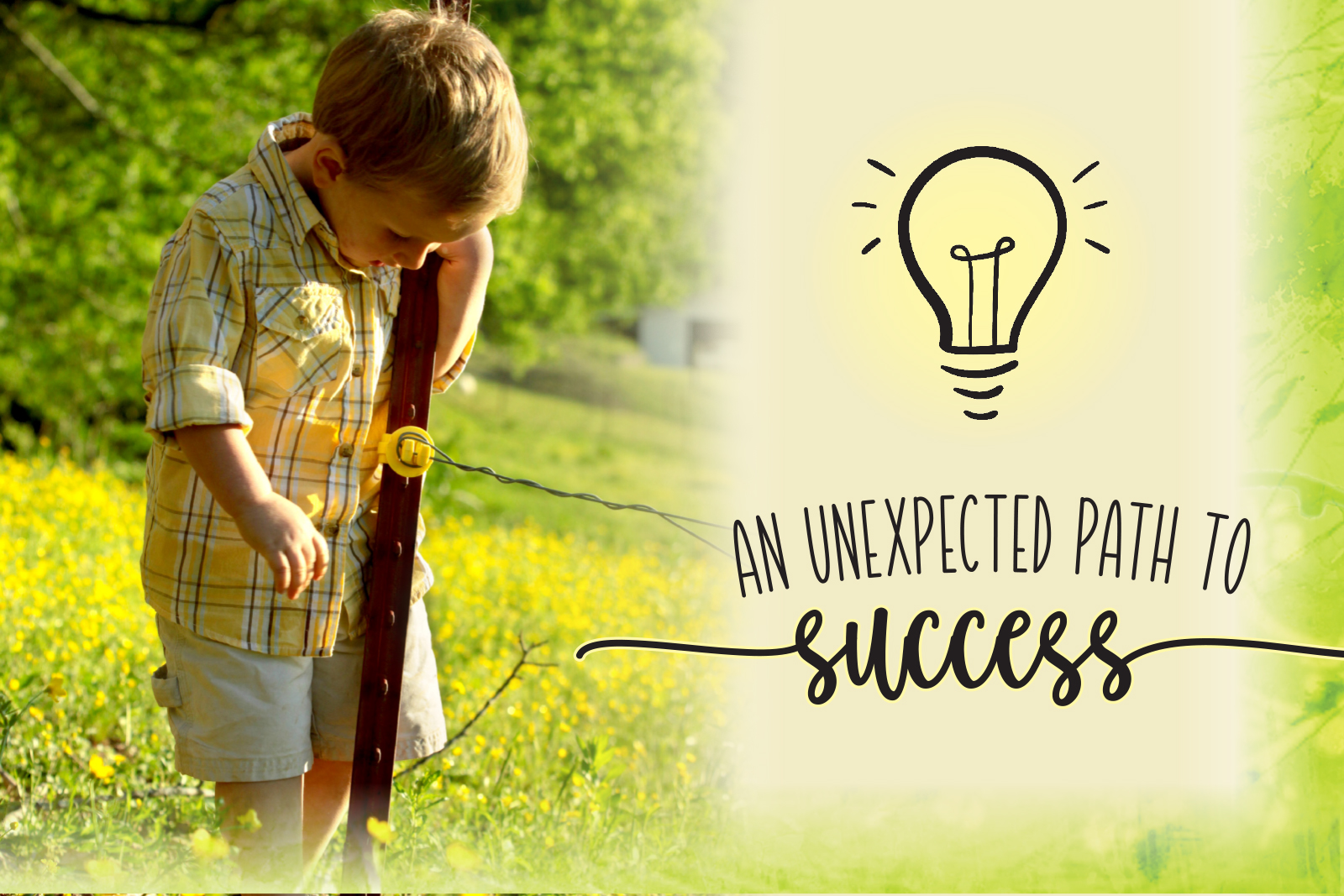 Nobody wants to fail. We spend a lot of energy and effort in avoiding failure. We often associate it with being a bad thing. But what if failure is not really failure? What if we could arm our children with a valuable tool as we allow and even encourage failure? Thomas Edison said, “I have not failed. I’ve just found 10,000 ways that won’t work.” Every attempt gives experience. Every experience provides a lesson. Every lesson offers growth, and we gain wisdom in that area.

Imagine your adventurous young toddler wobbling unsteadily on her feet and clutching the leg of a kitchen chair. “Come on!” you encourage with an inviting wave of your hand, “Come here––come to momma!” With a toothless grin, she releases her grip on the chair and takes a few faltering steps towards you. But before she reaches your outstretched hand, she teeters and tumbles to the floor. You quickly move forward to help her back up while exclaiming what a good job she did and inviting her to do it again. Over and over this scenario is repeated, until one day, she makes it to your arms. Soon, she is making it across the room by herself. And before long, you can’t keep track of her.

We consider this normal progression, normal learning, and a normal growth pattern. We encourage our toddler to reach out beyond her current ability and experience failure after failure, knowing that each time she takes those initial steps, her body is learning balance. She will succeed so long as she keeps getting up and trying it again. It’s only a matter of time before she gains the wisdom and experience necessary to walk (and run!) while remaining upright. We do not focus on how many times she falls. We focus on how many steps forward she takes each time before falling. The falling at first is inevitable. We don’t try to change that, nor do we consider it failure. We look beyond the falling to the accomplished goal of walking. Once the goal is achieved, we don’t talk about all the times she fell, we brag on how quickly and how well she is now walking and getting around on her own. She basks in our pride and pleasure and is ready to take on another challenge.

Why then, when this approach is so obviously successful with every child, do we often change the way we relate to them regarding learning in school and in life? We become fearful of allowing our children to make mistakes, and they learn to avoid failure. However, failure paves the way to success, and we learn best from our mistakes. Another word for it is called practice. We must practice anything to become good at it. The key is to focus on what we have learned each time. Rather than becoming discouraged over another failure, take the time to understand how the failure occurred and what you did right. This is learning.

I encouraged new ideas and creative thinking with my children. I’d present a problem and ask for their input. I did not shoot down any idea. We’d try them out and see if it worked. Some did, some didn’t. If they didn’t, we’d discuss why it didn’t work and this would lead us toward a solution that did work. Some hair-brained ideas were actually effective, and with some tweaking they were really quite brilliant. Many times, I presented “problems” I already knew the answer to, but I wanted my children to brainstorm and critically think for themselves. This encouraged creative thinking, and they became an active part of the solution. Sometimes they came up with creative new ways that I liked better than my old ways. As I would put new ways into practice, their contributions were valued, confirmed, and encouraged. Then when I found myself in a real pickle of a predicament, they were quick to come to the rescue, not afraid to offer their suggestions, and I often gained from their insight and ideas.

This works for school as well. If they didn’t like something, I’d ask if they had a better idea. And we’d try it out. I never belittled an idea, no matter how short-sighted or ludicrous it sounded. Of course, there were times they were just trying to get out of homework. I’d let them try their way, with the understanding that they must still reach a set goal. Sometimes they realized the error of their thinking before spending much time attempting it, but other times they kept readjusting until they found a new way that worked for them and reached the goal, which worked for me. Some ways they did once and then scrapped. Other things became the new normal. In this way, they were mastering responsibility for their own learning and reaching their goals. Once mastery of learning is achieved, your child is capable of excelling far past you because they know how to learn on their own. You are their supporter, encourager, and favorite fan.

So, let your child fall and fail. Be near to assist them getting back on their feet and encourage them to try again. As J.K. Rowling said, “It is impossible to live without failing at something, unless you live so cautiously that you might as well not have lived at all, in which case you have failed by default.” Help your child succeed––through failure. Experience is an effective teacher!

How Training Pays Off

When the Worst Happens

You Don't Have to Yell

3 comments on “An Unexpected Road to Success”