Filter by:
NGJ Magazine / Articles / Be Careful Little Feet Where You Go
Do you get our FREE Magazine? 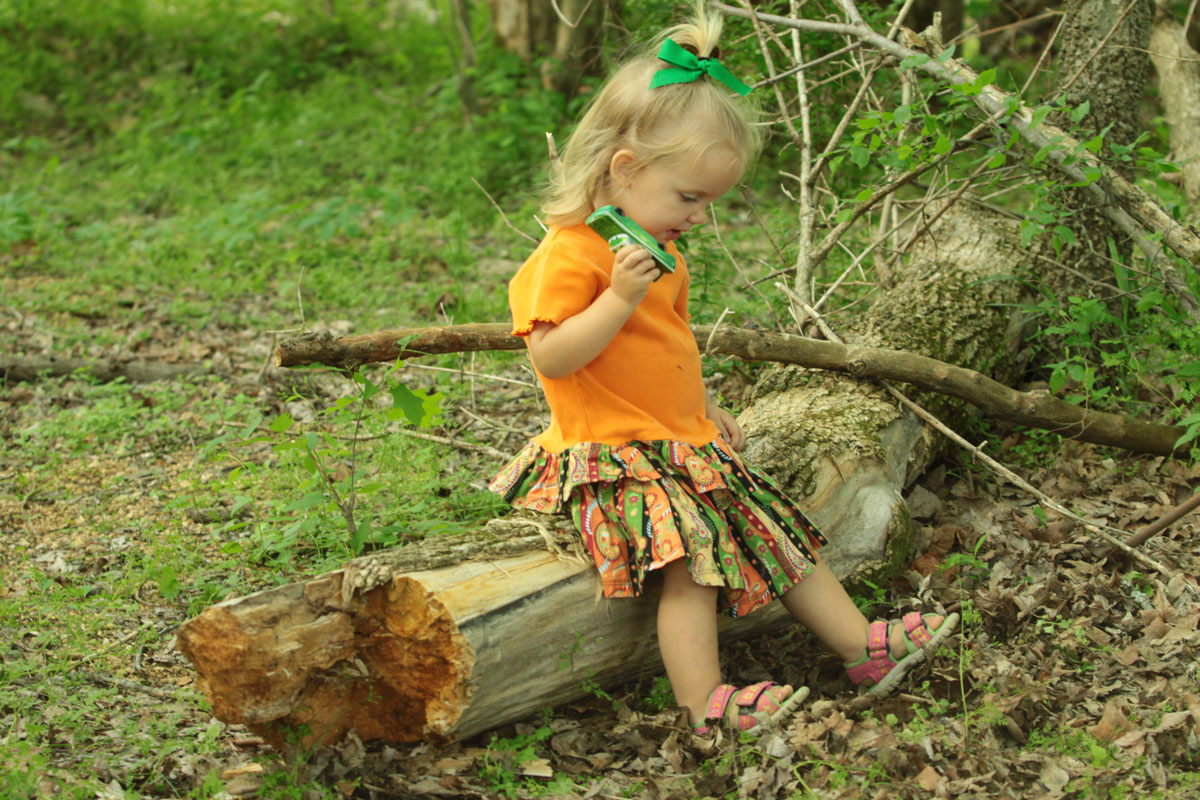 My friend Aaron told me that when he was about four years old his old grandpa offered him a taste of beer. His very conservative parents would have been horrified if they had known about it. Aaron said that one sip of beer made a permanent impression upon him. From that point on he knew that “Beer is yucky.”

I had another friend who said that when he was about six years old his teenage cousin offered him a drag off his cigarette. The poor little boy spent the rest of the afternoon puking while his mean cousin laughed. The misery of a sick stomach and the mockery forever destroyed any mysterious appeal of smoking.

It is interesting that it takes a lot of practice to learn to appreciate something as repulsive as smoking or the taste of beer, but when it finally takes root it quickly becomes a very compelling habit. In a natural sense, the young child doesn’t like either. It takes an effort to dull and kill the natural sense of taste and smell in order to want to indulge. I saw a classic example of this while on vacation. It was sin at the end of life’s road.

While we were on vacation down at the coast we kept seeing an advertisement that read, “Best seafood bar ever for only $21.95.” Now that is a lot of money just to eat, but we only go on vacation occasionally and never get fresh seafood. We decided to try it out. Since we have four children we figured, or at least hoped, that like all good restaurants, this one would offer “free eats” for very young children and maybe half-price meals for the others. Even with a price break for the children it would still be an expensive meal, but a real treat. I guess I was thinking about all this when I read the advertisement because I didn’t notice that the restaurant was in a casino.

Since we had already driven across the city to find this place, we decided to go ahead with our plans. Even though it was early in the day, which I thought would be before the normal hours of casino activities, I knew I needed to do a thorough job of explaining the evils of a casino to my children. So before entering I explained in great detail how people go to casinos thinking they are going to win free money but in the end they always lose money. It was really just paying to play some stupid games. I told them the casino business set up the machines so that everyone wins occasionally, which is just to keep them playing, but at the end of the day the machine has most of their money. I explained that wise people never indulge in such foolishness. All these things I had heard, although I had never actually been in a gambling establishment myself. This was going to be a learning event for all of us. What a surprise we had coming!

We walked up the steps and entered the magnificent building. As the huge double-doors opened we could hear the clanging of the winner’s bell.  The interior was dim, and at first all we could detect was a smoky atmosphere. And then there was the odor. As a rule children have very acute senses, so I knew my four children must be reeling. The odor was old, nasty, and certainly not conducive to paying $21.95 to eat. “But maybe the restaurant is isolated from all this,” I thought.

As our eyes adjusted, we were able to see two long lines of slot machines on either side of the long walk we must take to reach the steps leading up to where the sign indicated we would find the restaurant. The sight before us was both horrifying and fascinating.  We all stared at the decrepit people sitting hunched over each slot machine. It looked like some kind of a freak show. My first thought was of a Mad Magazine I saw as a kid. Every player had the appearance of having died and fossilized while sitting in front of the machine. Most were old, hard, whorish-looking women dressed in what they must have thought was sexy clothes, their thin orange hair making a fuzzy halo around their heads. I noticed a cigarette hanging from each of their thin, red, painted lips. Yikes! Was I in a nightmare? If I was, please someone wake me up! But it was real. There was little movement only for a brief moment when they pulled the lever down.

As I stood watching I identified the odor. It was old flesh, diapers damp with pee, stale smoke, and hacking coughs bringing up cancerous smells. Surely this was just one step from hell.

We, as a family, rushed the 100 feet through the row of slot machines. I figured the kids were holding their breaths, because I sure was. We raced up the steps, then stopped, totally dismayed. Before us was another long line of slot machines, each occupied with more dreadful figures, each momentarily coming alive, like they were using their last ounce of life, to yank the arm down. The awful odor was now mixed with the smell of cooking fish. Thankfully, through the smoky gloom we could see the lights of the restaurant.  We rushed past the animated corpses as if there was salvation in the restaurant.

The waiter looked discomforted to see the children. With his nose in the air he informed us there would be NO discount for children in this eating establishment. His words squeaked like an open gate, releasing us from our misguided intentions. We turned as one and almost ran down the first corridor of hell, down the steps, and then with our eyes focused on the double doors we fled to the light beyond.

Once in the clean air and bright sunlight, we exhaled from our lungs the fumes of death and sucked in fresh air. Finally, breathing normally, we  stood looking at each other in relief. We had escaped. My 8-year-old daughter spoke for us all:  “Man, I would rather eat junk off the sidewalk than eat in that gross dungeon.”

The whole visit was an exercise in the degradation of mankind. The people sitting there no longer noticed the foul odor; they had become accustomed to their eyes burning from the thick cloud of smoke, and their souls had long since lost consciousness of the ugliness around them. To the lost souls, sitting at the slot machines was thrilling; the possibility of winning gave them a fix I will never understand. Sin, time, and conditioning had stolen their dignity, had dulled their senses, and would soon take their souls.

I will never need to caution my children against gambling or entering places of ill repute. One visit through the doors of hell had steeled their souls to hate that sort of degradation forever. God in his mercy helps me as I seek Him to raise my family to honor Him. We all learned a lesson that day: “Be careful, little feet, where you go.”

6 comments on “Be Careful Little Feet Where You Go”