Filter by:
NGJ Magazine / Articles / Becoming His Kind of Woman
Do you get our FREE Magazine? 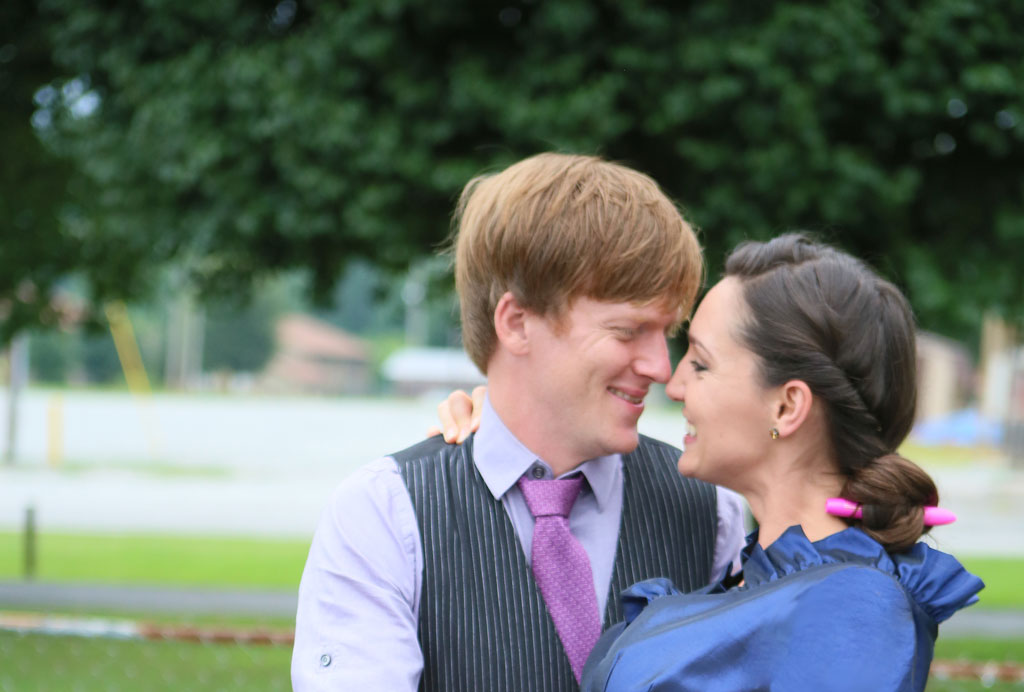 My Dad was not the type of guy to check with you before he made a decision. We would be driving down the road when all of a sudden he would pull in to a restaurant and say, “Let’s eat!” as he was getting out of the car. Everything was at full speed; there never seemed to be any hesitation in his decision-making process, and it never occurred to him to ask your opinion when he had already deduced in his mind that this was the best choice. When I think about my parents during my childhood, I laugh. I see Mom bouncing around Dad as this feisty bulldog personality, always full of heart and ready to start dancing. Dad, on the other hand, was cool, logical, and unmoved by others. She always had him listening to her and smiling at her, but in the end, his decision was made with biblical backing and fact-deducing logic. People would look at Dad and think, “How does his poor wife put up with him?” He did not ask; he told. He liked things one way and was not open to changing them. Mom knew that Dad’s unchanging decisions were not to lord over her; they were just a part of who he was.

My husband James is an idea man, what Mom calls a “visionary.” He comes up with all kinds of “wild” ideas. They are only “wild” because 99.9% of the population doesn’t think about what makes a car fly, or where The Cheesecake Factory gets their stainless steel countertops. He is a thinker, but usually about stuff unrelated to personal things.

I am very much like my dad in personality, and I was used to submitting under a strong personality like my own. I was ready to obey my husband, and I tried to tell him. I did not understand why he wouldn’t just boss me. I was frustrated that he did not “lead me.” Every time he asked my opinion, I would work to help him figure out what his opinion was. I didn’t want to give him my opinion because I wanted to help him realize he was the leader of this home. Both of us felt frustrated. I felt like I was trying so hard to submit, but he would not let me. That is when I really thought about what I was actually doing; it was the opposite of what God designed me to be—my husband’s Help Meet. What did James need? What did James want? What did James appreciate? What was James’ will? Well, he kept asking for my opinion. He seemed pleased when I worked with him. He liked me looking tailored and well put-together. Those were easy to comply with when I was paying attention, but what else? How could I help him? How could I make his life better? What exactly did he need? I knew he had a hard time seeing what was in front of him. He struggled with simple decisions because his brain was so busy with complicated ones.

So I began to help him see what did not come natural to him. Instead of trying to make him lead, I stopped my control issues and helped him. If he asked where I wanted to eat, I told him. If he asked my opinion, I gave it. In fact, I started telling him where I wanted to go, what I wanted to do, what my opinion was on this or that. He loved it! We became best friends. He needed me to be strong. He needed me to help him balance life. I found that it was a blast living as his Help Meet. He likes it when I am creative, working with him, and strong enough to stand on my own when he needs me to do so. We both found that we were two halves, but together we make a whole.

“A wise woman seeks to be part of her husband’s life. His interests become her interests. She looks for ways to help him in all his endeavors. When he needs a helping hand, it is her hand that is there first.”

From Our Mailbox: "He's Happier Than I Have Ever Seen"

14 comments on “Becoming His Kind of Woman”