Filter by:
NGJ Magazine / Articles / Better Late Than Never
Do you get our FREE Magazine? 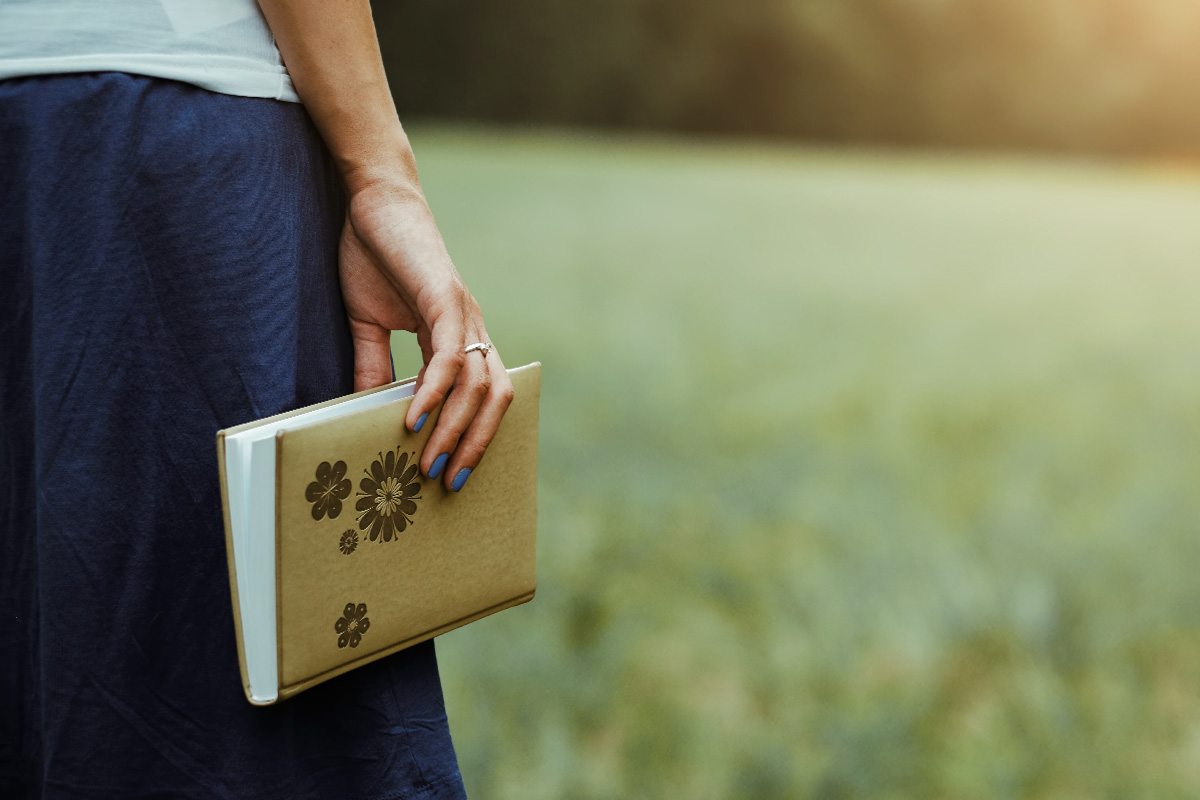 When my husband left me I was shocked, hurt, and humiliated. Now that the years have passed, I can be honest and say that the humiliation was by far the worst of my pain. I simply assumed he couldn’t live without me, so I was sure he would never leave. I didn’t treat him with honor all the time because he was not honorable, but I sincerely believed I was a good wife and friend to everyone. I would have used words like kind, sweet, understanding, and fun-loving to describe myself. I went out of my way for people; I was sacrificial even. Then, with his leaving, my frame of reference was suddenly shattered.

I cried for days, weeks, and then off and on for months. It is hard to explain, but at that time of my life, the extreme pain I felt seemed righteous in nature. Maintaining this righteous high ground is what kept me a prisoner of my own hurtful thoughts; it kept me from seeing the truth, and it kept me bound to what I was. For months my thoughts were first about my ex: “How could he leave after I had invested so much in caring for him and the children?” Then I felt my righteous indignation come alive and I thought, “He will pay in dollars by supporting me.” But it is hard to maintain a constant bubbling of anger toward someone who is just gone . . . so gone.

My hurt then turned to those in my life whom I thought were my closest friends and family (even my own children). I was stunned that they didn’t rush in to soothe my soul. They were kind in their own distant ways, but they all had their own lives, their own families, and no one gathered me into their fold. All I knew at the time is that their neglect exacerbated my feelings of rejection, bringing me even greater pain. I knew my friends and even my family had gatherings that I was not invited to. I felt excluded. I had always seen myself as a loving person and certainly not a person who would ever treat a friend with so little care. How could these people be so insensitive?

When I reflect on that time of my life, I can see I was not only full of anger and bitterness toward my ex, but I was also quick to be offended by anyone who didn’t show concern for me. I know my conversation was negative and condemning of whoever was causing me pain on any given day. Who wants someone at their child’s birthday who will pull them to the side to talk trash about another?

Each Sunday I played mental games with myself regarding why I couldn’t go to church: my back hurt, I was coming down with a cold, I didn’t sleep well last night, etc. I imagined that everyone wondered where I was and felt guilty about their lack of being a good friend to check on me. Now that I look back, I might have had a sense that church might not be the place I would be met with sympathy but rather with hard, truthful love.

This is what happened, and it didn’t come from the pulpit. When I finally went to church, I was hit hard. One of the older, fragile ladies was standing at the door greeting people. She drew me forward for a hug. It was like that soft hug awakened that righteous indignation I had been harboring for so long. I distinctly remember feeling spiritually condescending toward the old lady, so I suspect I sounded that way too as I responded, “Well, that was a surprise. I didn’t know you even remembered I existed.” Her response was not the stumbling embarrassment or profuse apology for neglecting me that I expected. Instead she said in a very dry reproving tone, “To get hugs you must give hugs.” I was stung with hurt at her lack of compassion, and I guess she saw the sudden tears in my eyes. But she was an old lady and had obviously been through all of life’s ups and downs, so she didn’t budge. She only smiled and said something like, “People are drawn to people full of thanksgiving, not to pity parties. You can’t expect people who are carrying a thousand pounds of burdens to carry yours as well. It is time for you to get off your high horse, shake the dirt off, and start giving to other people.” It was rude—a rude awakening, that is.

That was the day I slowly began to wake up from my self-induced fit of blaming everyone. I guess it was the day I finally realized that if no one loved me, if no one sought to be my friend, then it was because I was unloving and selfish. I didn’t have anything to contribute; I just wanted other people to put me first. I tried to get the old lady’s remark out of my mind, but I knew that I had become a hard-to-love human being; maybe I always was and didn’t know it. People didn’t avoid me because they were ungodly; they avoided me because I was a demanding, negative drain. Somewhere over the years while doing a lot of it, I learned that you can’t accusingly demand or shame people into loving you, even your family or friends. Love is earned. Friendship is earned.

Someone from the local senior citizens’ group called me and said they needed a lady to lead the exercise class. Begrudgingly, I took the job. I was by far the youngest of the lot, but certainly not the healthiest, so the exercise proved to be good for me physically and good for my soul. Plus, I was giving hugs.

Then a single mom from our community caught my attention. She was struggling to raise many children with a very limited income and no help. I needed her older children to do some jobs around the house that I could no longer do, so becoming friends was good for all of us. I made a conscious effort to love her children and to win their respect. The more I loved them the more I could see how I had lost my own children. My heart grieved for the terrible loss, but I finally stopped crying over spilled milk and began to pour my life into this new, adopted family. Over the years that life and love have grown into a precious, long-term commitment.

It took a lifetime and two divorces for me to learn the lesson of where the bitterness and anger came from. I still have days when I lose sight of this knowledge and wisdom, as it seems so fleeting at times. But then I always have my circumstances there to remind me. I wake alone and spend some part of most every day trying to figure out how to make ends meet. So much in my life was lost—my health, my children, two marriages, and many friends. But this one thing I know: it is better late than never. I have found solace in seeing the good fruit from a very late harvest.