Filter by:
NGJ Magazine / Articles / Bitterness or Fun: Your Choice
Do you get our FREE Magazine?

Bitterness or Fun: Your Choice 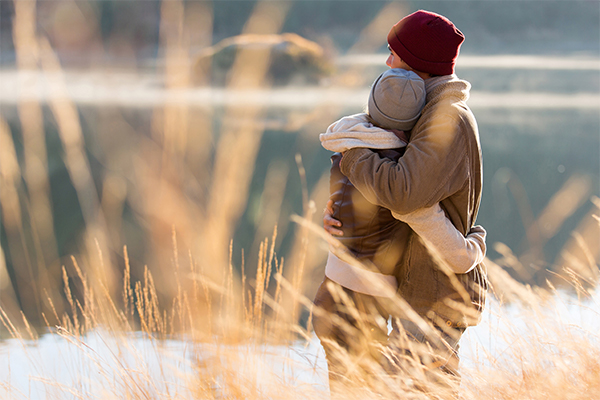 As a general rule, my husband just doesn’t take the trash out. I could be annoyed, or I could learn to enjoy taking the trash out. I’m smart. I enjoy taking trash out. One day last week my husband saw me struggling out the door with a huge sack of trash. Since he was headed in that direction, he volunteered to carry the heavy sack. He walked about ten feet ahead of me, holding the sack out from his body with one hand. I was amused, as usual, with his display of manhood.

After nearly 35 years of appreciating his muscles, you would think he would tire of showing off. When he got near the large trash trailer, he was really getting into his macho thing.

With great fanfare he flung the large trash bag as if it were a cement block instead of a thin plastic bag too loaded for its own strength. Of course the string broke, allowing the bag to hit the side of the trailer, bursting open and dumping trash everywhere. I could tell he was a little embarrassed as I rushed over to clean up his mess, but he continued on his merry way. I remember a time when all this would have irritated me to the point of bitterness and our relationship would have been strained, all for a bag of trash. Such a stupid waste of our life, but now as I watched him humbly slink off, I had to grin.

I have finally come to understand the male psyche—at least this male. I know that the dumped trash bag was hard on the old boy. It is funny that men think women are so difficult to understand, but can you imagine a woman showing off flinging a heavy garbage sack, and then having dumped it, leaving it for someone else to clean up? Having come to this lofty understanding of the male ego, I knew Big Papa would be looking for another chance to take out the trash.

His opportunity came two weeks later when I was heading out the back door with another heavy sack. I graciously showed my thanks as he offered to take the bag out. Just as he stepped out the door, I raced for the laundry room window. Quickly raising the window about three inches, I waited for him to come around to the trash trailer, which is directly in front of where I stood. This time he carefully and gently pitched the heavy sack. Just as the sack left his hand, I let out a blood-curdling scream. You would think he would get used to my tricks after all these years, but I got him again. I wish you could have seen his reaction. His T-shirt shook as if a strong wind hit it as every inch of his body quivered with shock. Of course I was in spasms of wild laughter. I had so rattled his brain with my wild war whoop that it took him a second to realize the sack had landed safely and that the scream was in no way related to the trash. It was a grand moment until he turned to meet me eye to eye, and I knew I would have to pay for my homemade entertainment. He took off running back to the house at a speed the likes of which I thought he had long since become incapable. I knew there was no sense in me trying hide because he would find me sooner or later, so I decided to use my innocent lady pose. I sweetly stepped in front of the sink and began to wash dishes, suppressing my laughter. He sounded like a Mack truck coming through the door, but I just kept my back turned. My demure stance did not stop him.

He grabbed me by the arm and started pulling me into the bedroom. Since he outweighs me by a hundred pounds, it was no contest, although he had to drag me all the way. I could only imagine what the office staff (right next door) might think if they happened to drop in at that moment. I was ready with another scream just in case our very reserved business manager appeared. I could envision the manager’s horrified face.

Mike thought he was getting me back, but he was dragging me to my favorite winning spot. While he shut and locked the door, I quickly arranged myself in a very inviting pose. It gets him every time. It sure is handy being a woman. So he started smooching on me while I continued giggling. He smooches better than he throws a garbage sack.

Well, that’s enough of this story! Can you see how much better a merry heart is than an ugly pile of hurt feelings? Live with thanksgiving, forgiveness, and joy, and enjoy all your moments as if they were your last.