Filter by:
NGJ Magazine / Articles / Building On Rock
Do you get our FREE Magazine? 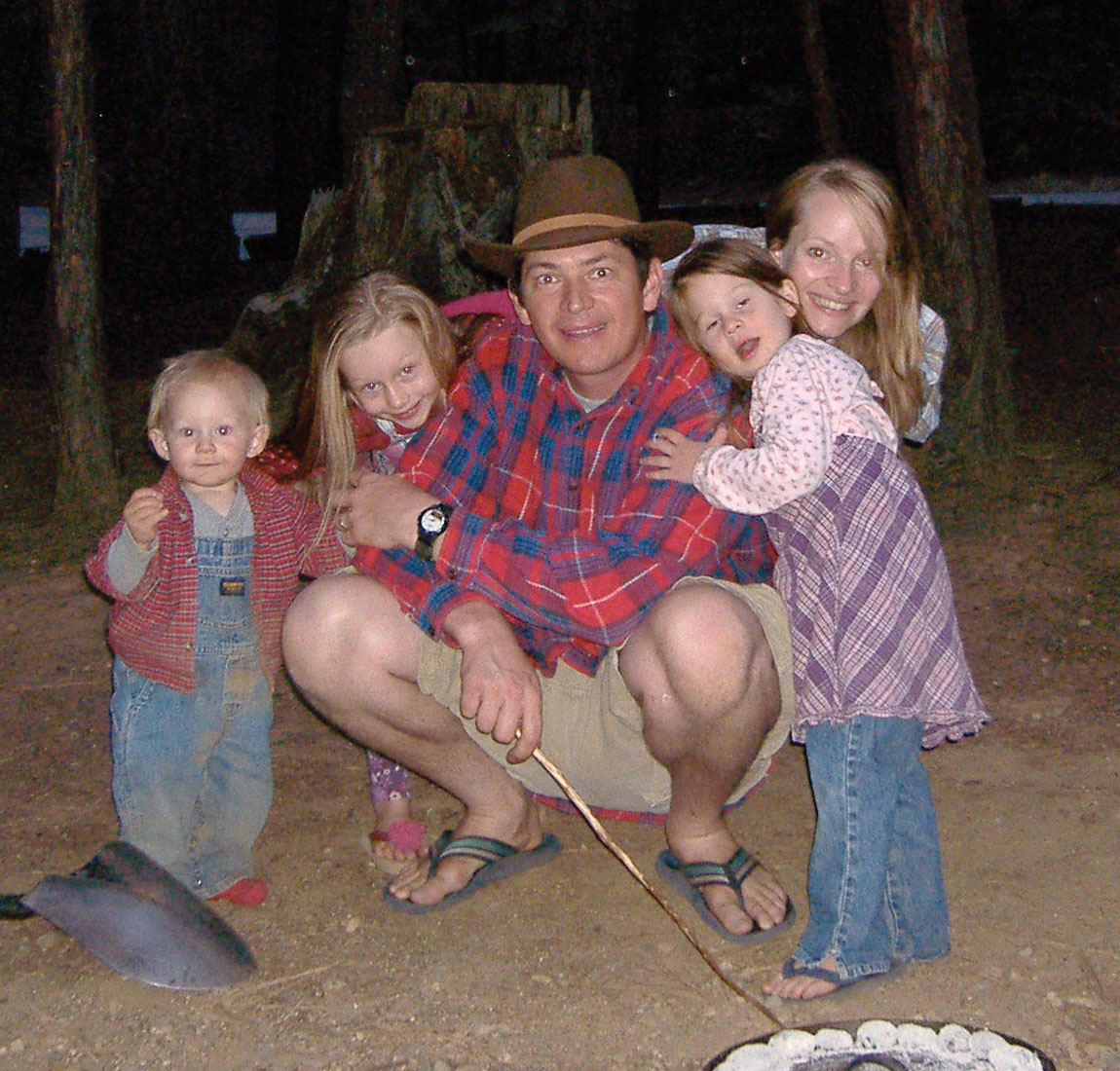 I have told my husband more than once that I hope the Lord will come back before my children reach teen years, so that I will not lose any of them to the world. Then yesterday, I realized my perspective had changed and I told him, “I have no fear of losing my children.” In shock, he asked me what had changed my mind. Smiling, I told him, “Because they will see the same thing in my marriage that I saw in my parents’ — LOVE.” Now, I am not talking about just mushy or passionate love; I am talking about real love all the way down to the bottom of the soul, the very foundation of love. When you see it, you say, “That is what I want.” I think I can speak for all my brothers and sisters in saying that the one thing that gave substance to what my parents taught was their example of love for each other.

When it came time to find a mate, there was never a time that any of us kids did not go to them for advice. We never had any desire to go out and date and give our purity away, for we knew there was a better reward and a better future if we kept ourselves pure. Why waste our life on cheap thrills when there were so many blessings and rewards by keeping ourselves pure? We knew and saw the consequences of sin by hearing our friends talk about how their parents were always fighting and how much they just wanted to get out of the house. I was sad to leave home, and I still love to go for visits and take my own children there. That is what I want, and it is how I want my children to feel one day toward me. I want their foundation to be strong.

Before I met my husband, Justin, he felt the same as I did, so when everyone around him was busy dating, he waited for the right time. He waited for ME! His parents were saved right before he was born and raised him to love the Lord. They told him how sin hurt their lives and that he could have something better if he kept himself pure.

I want all you young people to know, I have learned from my experience that there is nothing more beautiful in this life than to stand before God and your family on your wedding day and kiss for the first time. Some of you are saying to yourself, “That is ridiculous; a kiss is just a kiss.” No, it is more, it is the beginning of a road that should be shared with just one person during their natural lives.

You might say, “Shalom, you are just naive and don’t know what you are talking about.” If that be so, then thank God for it, for now I have a wonderful marriage, and one day I expect to have my girls stand beside me and wash dishes and think that there is no place better than being there with Mom talking and cleaning house together.

For those of you who are married and are having a rough time, get my mom’s book, Created to be His Help Meet. It will not only make your marriage better, it will save you from a lot of heartache. Especially when your children are teens and they decide that the only way to get away from you is to move in with some guy or girl whom they think loves them more than you do.

There comes a time when parents must let go of their children, for the child has become an adult, accountable before God for the choices he or she makes. You must let them choose based on the foundation you have laid for the past eighteen to twenty years. When they step out from under your wing, if they do not respect you, no amount of pressure and nagging will make up for the poor foundation. How can we as parents look at our grown daughter as though she is still fifteen? If our training is not bearing fruit when she is eighteen, we must assume the blame, since we laid the foundation.

Respect
I realize that the love my parents demonstrated engendered respect from us kids. Even as I write this, I see things I can do to ensure that my three-year-old will continue to respect me when she gets to be a teenager. I must listen with respect to her three-year-old ramblings. Just a few days ago, when she was sick and asked me for candy, I told her no, and then explained in a very grown up way what sugar does to your body when you’re sick. She listened intently. One hour later, having forgotten our conversation, she again asked for candy. I answered her by smiling and asking her what she thought she should do. She smiled back and told me that sugar was bad for her and that I should not give her any. I praised her for choosing wisely. Then when Daddy came home, we told him about her wise decision. I was showing her respect and training her to choose to listen to what Daddy and Mama have to say. Later in life, she will choose to listen to our counsel and wait for the right man. I believe that when that time comes and we send her off to follow her dreams, we will be able to trust her to take responsibility and choose wisely.

I worked at an orphanage before I got married. They put me in charge of two boys 9 and 13 years old. I was to be their “Mom”, seeing to it that they obeyed the many rules. The thirteen-year-old had the street smarts of a sixteen-year-old and was very angry toward authority, especially his former female leaders who tried to tell him what to do. He was mad at me before we even met, just because I filled the position of the demanding houseparent. The first thing I did was sit down with him and tell him that from now on, he was to be as much in charge of the 9-year-old as I was, that I expected him to be a man and act like one, that he was too old for me to baby-sit, and that I would need his help to teach and keep an eye on the 9-year-old who was below his age level in schooling.

He continued to express angry resentment for about two months, but when he realized that I was going to continue to give him the respect he FELT he deserved, he began to reciprocate in kind. He started doing very well in school and taking responsibility for the younger boy. He started honoring me as his authority. He knew the rules much better than I, for he had been there most of his life. When I befriended him and just backed off emotionally, letting him take responsibility for his actions, there came a point when he did not want to let me down. There were times when in youthful exuberance he failed and had to face the predefined consequences. Respect is the key. Listen to your children. They are human beings, with all the drives and responses of an adult—only more volatile and less logical.

Sharing responsibility
While growing up, we always worked as a team to maintain the home front and to put food on the table. We learned responsibility by being made responsible. We never felt as though work was an unwelcomed exception to life; it was life itself. The tomatoes we planted, weeded, watered, picked, packed, and sold were a necessary part of living. We did not just play and watch our dad do all the work. Yes, we played and had more fun than most kids I know of. We would all work together, and then we would play together, Dad right in the middle of everything, cheering us on to be the best at our antics, whether dropping into the water from a rope swing or trying to catch a chicken.

I have modeled my home after my life experiences, and just as it worked for my parents, it is working for me.

Gracie knows she is a huge part of this family. Just a few days ago, as Justin and I were having a serious discussion on the need to get more work and increase our income, Gracie chimed in, “Daddy I will help you in the shop to make money.” Last night as Gracie was getting ready for bed, Justin came in from the shop to tell us that he would have to work for a while longer to finish a job. Gracie, with great concern, asked him if he needed her help. He tried not laugh, but sincerely thanked her for offering and told her that she could best help by assisting Mom in putting Laila to bed. She gave him a great big smile and set to the task of helping prepare her little sister for bed. Whatever affects us affects her, and she knows that she is an integral part of this family.

I have sadly watched as parents try to prop up their ever-tilting, sliding and crumbling homes on foundations that will never sustain an enduring structure. Their teenagers begin to fall like stone chimneys built on sand. Against their parents’ most earnest pleadings or loud ravings, the kids flee the crumbling structure. They run off prematurely to try to build their own home, hoping for something better, but they carry the example with them, and they, too, build on sand, repeating another generation of foundationless homes.  Not I, for one, because by God’s grace I am daily laying the stones of love and respect deep and wide. My home will be strong like the one in which I was raised. I am filled with hope and expectation, not fear or dread.

I am not yet skilled in many areas, I have much to learn, and yes, life might throw me some surprises. But what I don’t know is not nearly as important as knowing that I am building a foundation that will sustain my children in any storm that may come. I hope that my sharing these thoughts with you about this vital issue will encourage you to give your kids the foundation they will need to face their uncertain world.

Many thanks to the Feistal family for submitting the pictures used in this article.

2 comments on “Building On Rock”