Filter by:
NGJ Magazine / Articles / Herbs—Chamomile
Do you get our FREE Magazine? 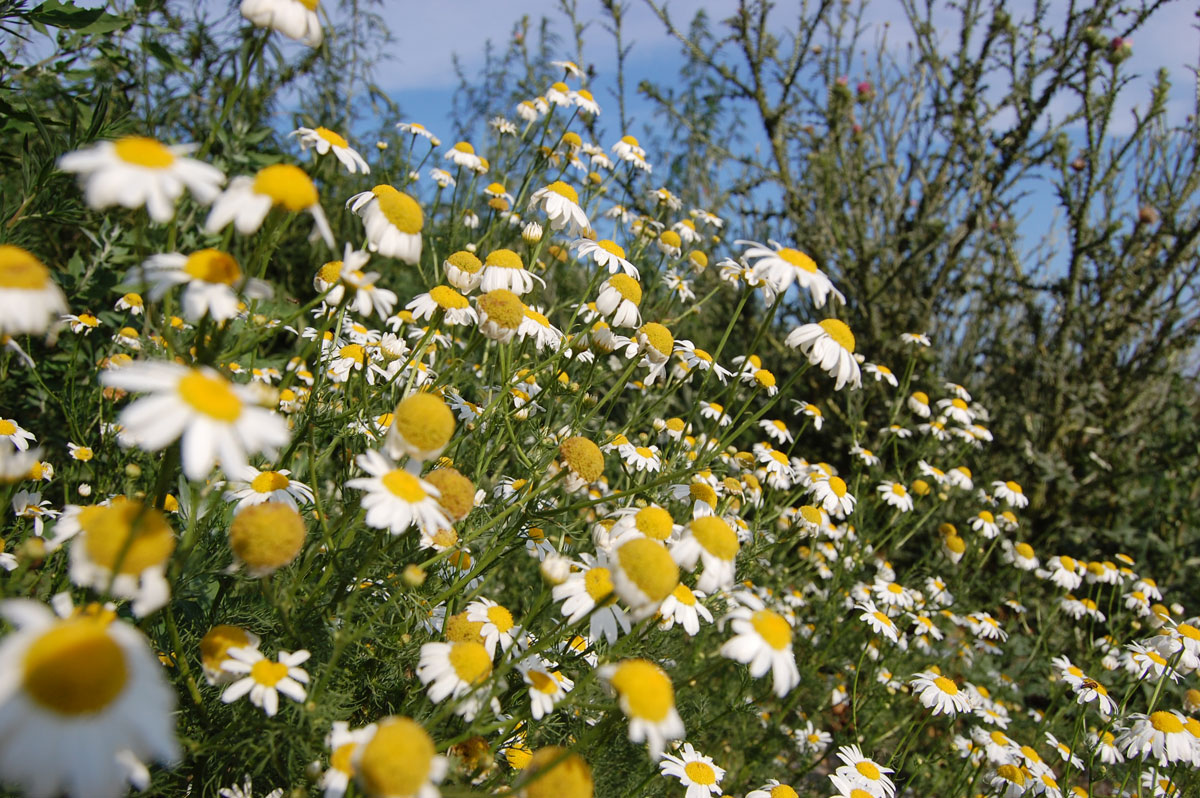 There are two kinds of Chamomile, German and Roman, and they both make the most comforting tea you could ever hope to drink.

The tea tastes and smells like fresh apples. If you have ever read the story of Peter Rabbit to your little ones then you probably already know that Peter’s mom gave him Chamomile tea before putting him to bed.

In herbal language, Chamomile is called a relaxing nervine herb, which means it has a calming effect to the nervous system. It is also known as an anti-spasmodic, which means it relieves muscle spasms or cramps. As a carminative, it is rich in volatile oils that stimulated the digestive system, which helps stop the formation of gas and dispel gas already formed. It is a gift to mothers with a colicky baby. It relieves the gas (anti-spasmodic & carminative) and calms the child (nervine).

Both Chamomiles are easy to grow. German is an annual, coming from seed every year. It has a way of reseeding itself everywhere. The Roman Chamomile (I think it is sweeter tasting) is a perennial that comes back from root year after year. It is a lazy looking plant, growing all laid over and spread out. The small flowers are the part of the herb you pick to make your tea. I took the dried herb tea I bought, sprinkled it on the ground, and grew my own Chamomile. The dried herb is available in bulk from many herb companies.

If I Had Cancer