Filter by:
NGJ Magazine / Articles / Cinnamon & Spice and Everything Nice
Do you get our FREE Magazine? 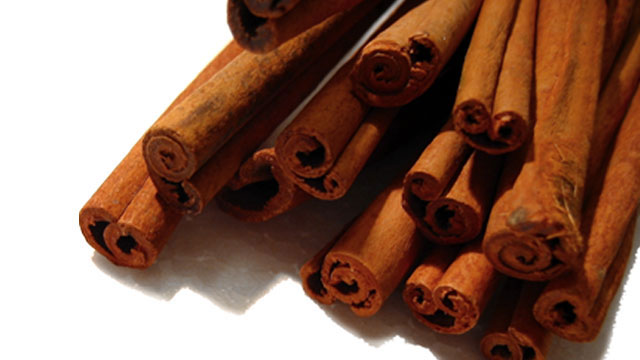 Cinnamon has become a good friend to me this past year. Diabetes runs in my family. When I was expecting my third baby I found it necessary to watch my diet in order to maintain a normal blood sugar level. I had to eat protein every three hours--a handful of peanuts, a glass of fresh milk, or a bite of tuna, just to keep from feeling like I was going to forget who I was. It was scary not having a clear mind. My sugar level would go low or high, depending on when and what I ate. If it was low, I felt weak and confused; if it went high, I felt agitated. The high sugar level did not affect my performance that much, but I knew from reading that it can be a killer. I therefore determined to learn what to eat in order to stabilize my sugar level. During my research I came to understand the function of the pancreas and how different foods affect it. A doctor can give you general advice, but it doesn't have the same force as knowledge acquired through your own research. Only when you seriously study for yourself will you gain control of your own health. Although cinnamon can not replace eating correctly, sometimes eating correctly is not enough to control your sugar levels. That is when cinnamon can mean the difference between insulin dependence and a pancreas functioning sufficiently to maintain balance on its own. It is amazing how much cinnamon has helped me.

Research shows that cinnamon does improve type 2 diabetics' ability to respond to insulin, thus helping to normalize blood sugar levels. Compounds in cinnamon stimulate insulin receptors while at the same time inhibiting an enzyme that deactivates them, thus significantly improving the cells' ability to use glucose. Studies have shown that less than half a teaspoon per day reduces blood sugar levels in people with type 2 diabetes. In testing, even when participants added sweets to their diets, cinnamon was able to help control their blood levels. This amount of cinnamon also significantly lowers LDL cholesterol and triglycerides. Cinnamon also has the remarkable ability to reduce inflammation in the body. Inflammation is now being targeted as a major killer.

When I started using cinnamon regularly, I noticed as I worked at my computer that my mind was sharper. I thought it was due to my sugar level being corrected, but since studying all the new research I have discovered that just smelling the odor of cinnamon boosts brain activity. Tests have been conducted where participants have been exposed to different pleasant odors while being tested on several tasks such as crossword skills, matching cards, and remembering flash card sequences. Cinnamon emerged as the clear winner in producing positive effects on brain function. So when I drink Shoshanna's Doctor Cinnamon Tea and breathe in its wonderful fragrance, I smile because I know my brain function is at a peak.

Cinnamon is the bark of a tree and comes powdered, chopped, or as dried bark rolled into sticks. There are many companies now carrying cinnamon in capsules that are easy to take as a supplement, yet common sense tells me that dumping all the cinnamon in the body in one serving is not wise. As in all foods and supplements, adding a little here and a little there is much safer and more natural for the body to absorb. I keep the bark sticks at my desk and use them to stir (steeping in liquid) my tea, coffee, chocolate, and fruit drinks. It adds a pleasant taste, and each stick lasts several days. When my grandchildren spot the bag of cinnamon sticks, they ask for one to chew on. We often have little tea parties, and each child stirs her tea with her own cinnamon stick. It is totally fun. As they use their cinnamon sticks like straws, spoons, or chew on them, I know their little bodies are absorbing manganese, iron, calcium, and dietary fiber.

Because I enjoy drinking herbal teas, Shoshanna and I started working together to come up with the best tasting and healthiest herbal blends that we could. (She is strong on flavor, and I am best at health.) After lots of experimenting with different herbs, we finally came up with several blends of herbs that taste great while enhancing health in various areas. My favorite blend is called Doctor Cinnamon. It is my favorite because it tastes great and it helps control my blood sugar level, even when I eat a bite of cake. Just two or three cups of this tea a day helps keep my blood sugar normal. As with most of Shoshanna's Doctor herbal blend teas, Doctor Cinnamon has a base of green tea because of green tea's extraordinary healing properties.

Here are a few other ways we enjoy cinnamon:

Stirring hot chocolate with a cinnamon stick really gives it a delicious taste.

Adding cinnamon to breakfast cereal could help start the day a little healthier, and it makes the cereal a lot better, especially oatmeal or rice.

Loquats for Your Health

Do You Have Expensive Pee?

5 comments on “Cinnamon & Spice and Everything Nice”