Filter by:
NGJ Magazine / Articles / Contend for Your Faith
Do you get our FREE Magazine? 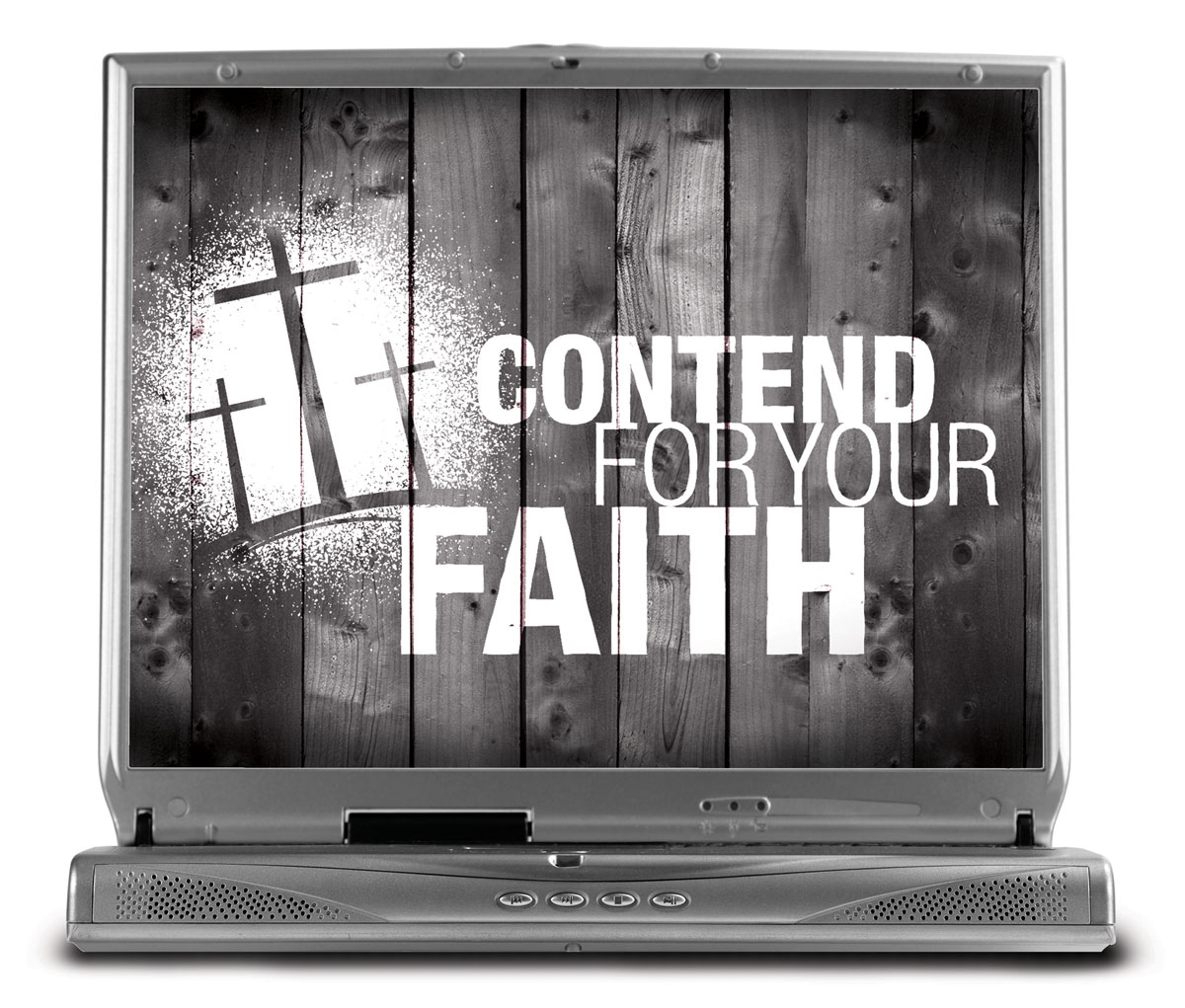 With each of the warnings in the Bible of coming apostasies, the exhortation that follows is to remember, study and teach the sound doctrine of the Word of God.

Join us  Tuesday nights at 7 pm CST on www.contendforyourfaith.com!

What does Jude mean when he says “contend for the faith”? When a boxer prepares to contend for his title, he doesn't go out to the match in order to learn to fight. He starts by learning steps and shadow boxing, practicing moves, as well as watching films of old matches. Then he gets into the ring with a teammate, they begin to spar and he learns how to counter his teammate’s unpredictable moves. Having done everything he can to prepare himself for the real fight, he then goes forward and contends for the title of champion.

What we want to do at the Contend for Your Faith Bible study is essentially the same thing with the Word of God. We want to dig in and understand more thoroughly our own faith and then practice defending it with our fellow contenders. “Iron sharpeneth iron; so a man sharpeneth the countenance of his friend” (Proverbs 27:17).

Now, the reasons we have to contend for our faith are serious indeed. The Bible says in I Timothy 4:1, “That in the latter time some shall depart from the faith, giving heed to seducing spirits and doctrines of devils.” And again in II Timothy 3:13, “But evil men and seducers shall wax worse and worse, deceiving and being deceived.” And again in Jude 4, “Ungodly men, turning the grace of our God into lasciviousness, and denying the only Lord God, and our Lord Jesus Christ.”

With each of the warnings in the Bible of coming apostasies, the exhortation that follows is to remember, study and teach the sound doctrine of the Word of God.

This is our challenge; how then will we accomplish it?

Once a week we'll meet together and have a panel of men and women gathered around the Word of God with the purpose of challenging each other to study, learn and grow in the word of truth. We have been doing this as a group for almost two years, and we are excited about our growing ability to contend for the faith that we hold dear. We feel that this time has been so profitable for us and is so different than anything that we’ve done before. We are thrilled to show you what we are doing in the hopes that you can, in your own group of believers, whether it be friends, family or church members, get together around the Word of God so that you can better contend for your faith.

Join Us on Sunday Nights, 6 p.m. CST, at ContendForYourFaith.com!