Filter by:
NGJ Magazine / Articles / The Crown of Loving His Appearing
Do you get our FREE Magazine? 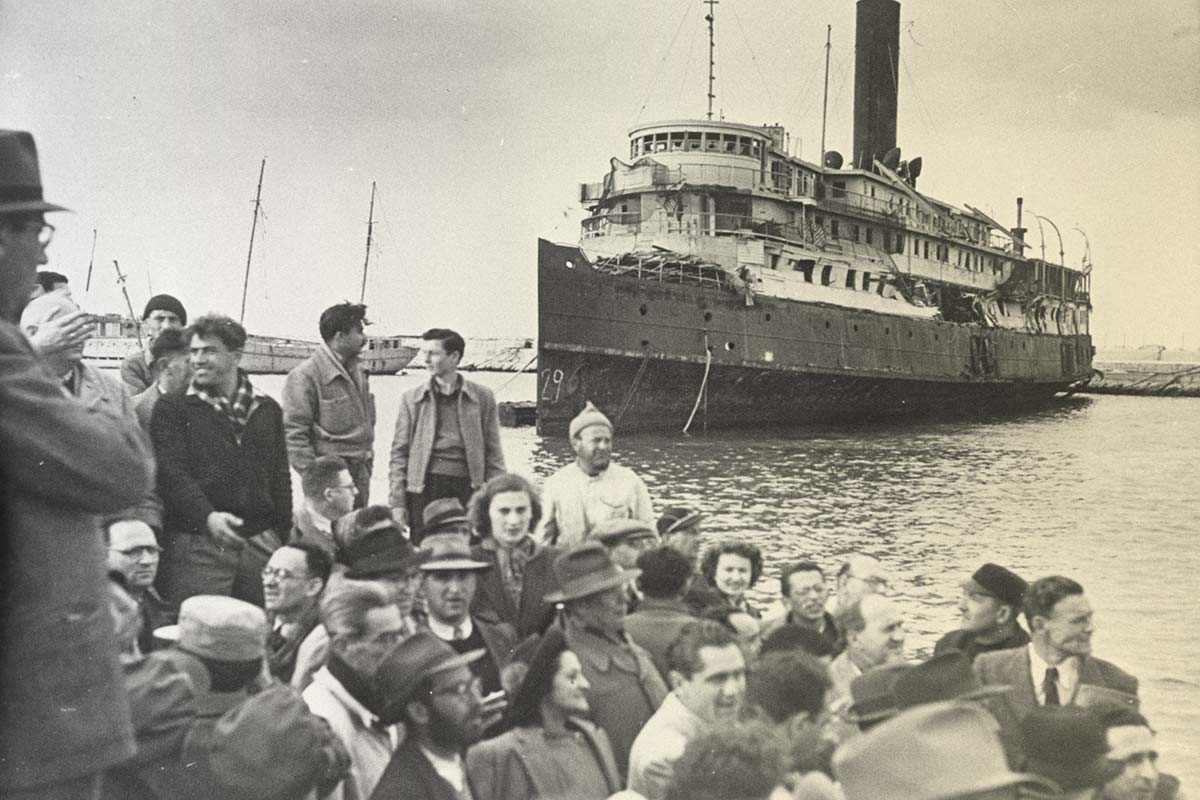 When I was young, every believer I knew was thrilled about the fact that Jesus was coming. It is true that no one knows the day or the hour (1 Thessalonians 5:2; 2 Peter 3:10) but as believers we were not clueless.  We were very aware that the prophecy of Israel becoming a nation had been fulfilled in 1948. What excitement we felt as we watched Israel become a living, thriving nation!  The Jews took back barren land that even the Bedouins avoided and made it blossom. They created a governing body, schools, roads, businesses, jobs, medical facilities, and built a beautiful nation.  Prophecies throughout the Old Testament regarding the Jews returning to their homeland (Isaiah 11:10-12; Isaiah 66:7-8; Isaiah 35; Ezekiel 36:35) were being fulfilled. A nation that had been non-existent for 2,000 years was suddenly reconstituted on their own soil.

Enter Hitler, the satanically-inspired Haman of modern times, bent on the destruction of every last descendent of Jacob. Unwittingly he caused Jews all over the world to realize that there was no safe place for them except the land God had given to their father Abraham. After the war ended, Jewish people from everywhere poured into this barren land with a new vision and an old hope—“Next year, Jerusalem.” With one mind they did something no other peoples have ever accomplished; with the Bible as their dictionary and grammar, they relearned their ancient language and made it the language of their literature, religion, and even science. In a few short years the nation was once again a Hebrew-speaking people.

Yes, in my youth all my friends were thrilled with the knowledge of Israel becoming a nation—a living, thriving nation—and it was happening; we watched the cursed fig tree begin to put forth leaves.  While the secular newsmen concerned themselves with The Civil Rights Movement, the murder of President John F. Kennedy, Dr. Martin Luther King, Jr., the Vietnam War, the lunar landing, the Woodstock Music Fest, drugs and other front-page news, we watched Israel, because the Word of God clearly focuses end-time events around Jerusalem and the Holy Land.

The secular news was interesting and life-changing to Americans, but what interested God interested those of us who “loved His appearing.” We listened with breathless attention to the news of nation after nation coming against the weak, impoverished people, and laughed when we read that cardboard cutouts of tanks (attached to Jeeps) presenting their silhouette to hundreds of Egyptian tanks coming through the pass caused the invading army to pause for over 24 hours until Israeli reinforcements could arrive. We laughed at the pictures of the Arabs’ boots and weapons lying upon the ground beside their cumbersome weapons of war and the barefoot prints in the sand where they had run for home. Who can forget the Six Day War, when the Jews defeated ten times their number? The oft-repeated joke was, “Why did the war last only six days? Because the Jews must worship on the Sabbath.” Another joke was, “Why do the new Egyptian tanks have three reverse gears and only one forward gear? In case the Jews attack from the rear.”

It was not easy becoming a nation while surrounded by countries whose religious creed demanded their destruction.  Survival was possible only by extreme sacrifice from everyone—men, women and children. We read about how the goats were trained to stand over the babies, feeding them while their mothers worked the land during the day and stood guard at night against the constant brutal attacks. We read how the new settlers planted thousands of eucalyptus trees in the swamps to drink up the water, recovering vast areas of wasteland. The land literally bloomed under their care. We watched Nobel prizes being awarded to the thinkers of this tiny recovered nation for their profound medical and scientific advances; just a handful of people struggling to live from day to day, yet they produced some of the world’s greatest minds. Clearly God’s hand was there, blessing, encouraging and protecting.  And we all knew that with this miracle of fulfilled prophecy came a promise, a promise that involved us.

“Now learn a parable of the fig tree; When his branch is yet tender, and putteth forth leaves, ye know that summer is nigh: So likewise ye, when ye shall see all these things, know that it is near, even at the doors. Verily I say unto you, This generation shall not pass, till all these things be fulfilled. Heaven and earth shall pass away, but my words shall not pass away” (Matt 13:29-35).

The Old Testament prophets spoke many times of Israel being restored. “At that time will I bring you again, even in the time that I gather you: for I will make you a name and a praise among all people of the earth, when I turn back your captivity before your eyes, saith the LORD” (Zephaniah 3:20).

One of the five crowns God promises to saints is for those who love (eagerly watch with great joy) his appearing (2 Timothy 4:8). I want to go on record as one of those who eagerly watches for the parting of the clouds and listens for the trumpet sound.

It is true that no one knows the day or the hour (1 Thessalonians 5:2; 2 Peter 3:10) but as believers we are not clueless. Matthew 13:32 says, “But of that day and that hour knoweth no man, no; not the angels which are in heaven, neither the Son, but the Father. Take ye heed, watch and pray: for ye know not when the time is.” 1 Thessalonians 5:4-6 also answers the question concerning the end times when it gives us this exhortation: “But ye, brethren, are not in darkness, that that day should overtake you as a thief. Ye are all the children of light, and the children of the day: we are not of the night, nor of darkness. Therefore let us not sleep, as do others; but let us watch and be sober.” A wise person becomes familiar with end times events (watching), and such knowledge causes them to be sober and wise.

My generation watched as the fig tree began to bud. Does that mean that I, or at least my generation, will be around when the saints are caught away? Can you see WHY I am watching with great joy? I am aging quickly. Time is ticking.  Jesus is coming ASAP.

Are you ready? Are you sure? Are you watching?