Filter by:
NGJ Magazine / Articles / Different Techniques to Control Parents
Do you get our FREE Magazine? 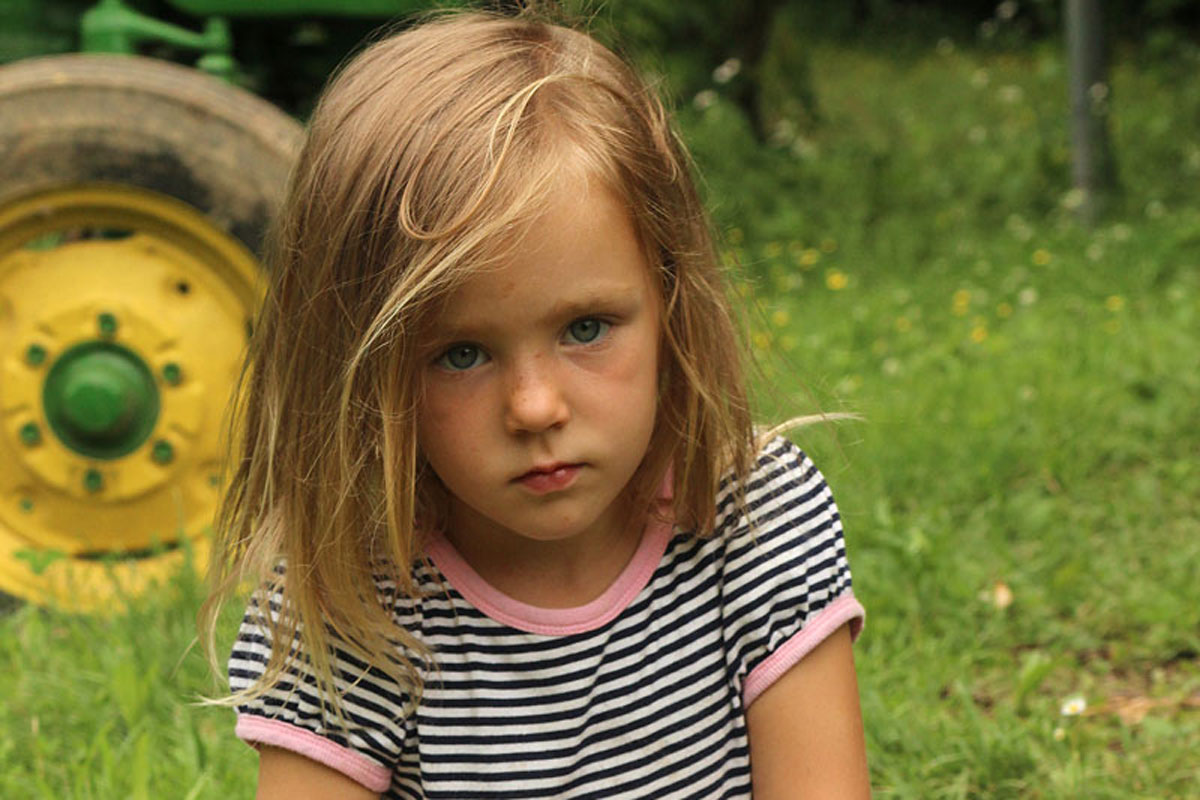 ...Children (as well as adults) throw fits as a means of controlling the actions of others. Your daughter screams and runs away because it works in reducing the pain...

Dear Pearls,
My 4-year-old has a big problem when she needs to get spanked. She bucks, screams as loud as she can, turns red, and thrashes around. It is unbelievable how she acts, and it is very tiring. Consequently, she gets fewer spankings. She is usually a good kid except when she is pouty.
Seeking wise counsel,
Mama

Hi Mike and Debi,
I have a question about my 3-year-old. When my husband or I need to speak to her about her bad behavior she seems to become what I would describe as scared/shy/distant. She stands with one shoulder lifted to her chin and her chin pushed down into her shoulder, looking up at us as if we are going to give her the world’s worst rebuking. I sense anger or resentment on her part. We are consistent to restore fellowship with her, and I do not believe she is reacting to us because of fear from our anger, because we address issues in a calm fashion. We have two younger children, and we want to get this problem addressed before it reflects on them.
Kim

Michael Answers
Dear Mama,
Since you admit that you have rewarded her behavior with fewer spankings, we must admit, she won—to her detriment. She’s not stupid. Spankings hurt. Your weak actions have strengthened her resolve and confirmed to her that she can limit your discipline.
Children (as well as adults) throw fits as a means of controlling the actions of others. Your daughter screams and runs away because it works in reducing the pain. If throwing a fit caused more pain—not less—the child would wisely stop throwing fits. If running away from sweet, tender Mama with a little-bitty switch meant running into a lion, she would welcome the switch as her savior. When you make resistance not only futile but contrary to her best interests, she will stop resisting.
Likewise, pouting is an expression of anger, designed to control those at whom it is directed. Children do it because it gets results—attention, compromise, and negotiation. Parents say of a pouty child, “I don’t want to upset her.” “Leave her alone; don’t get her started again.” When parents organize and manage a child so that pouting is counterproductive, the child will take up smiling as a method of getting her way.
When she screams or flees, calmly follow through by physically subduing her. Sit on her, if you have to, and slowly explain that you will not tolerate this resistance. Explain in a normal tone (She will eventually stop screaming and listen) that you are going to give her, say, five licks for the original offense and an additional two licks for the fit. Slowly apply the five licks, counting out loud. When I say slowly, I mean with a thirty second gap between each lick and a calm explanation to the screaming child that you are not the least impressed except that you are going to spank harder and she still gets the additional two licks plus one more for her ongoing screaming. When you have finally arrived at five well- anticipated and carefully counted licks, say, “OK, your spanking is over; that is the five licks you got for hitting your brother, but now I must give you two more for trying to run away.” Give her one lick and say, “Now, that is one of the licks for running away; you have one more coming.” Give the second lick, and then calmly and slowly explain that all her licks are over now, except for the one additional lick she incurred for continuing to scream during the spanking. After you have finished, tell her that you are going to let her up now, if she stops screaming, otherwise you are going to give her one additional lick. If she stops, or at least makes a great effort to, then you have won. You may never have to go through this horrible time again. But, if she is continuing to scream in defiance, you have the option of continuing to warn and spank, or of ceasing here with a parting warning: “Next time you better not run and throw a fit; for if you do, you will only get more licks and harder ones.”
Finally, if you are not going to be consistent, give up now; don’t trouble yourself or torment the child by spanking her nine times and then giving in on the tenth time. Children are amazing in the memory and ability to endure spankings, waiting for that one moment of weakness to show through again. If you occasionally allow their fits to win the prize, like a gambler they will play the game all night, even when they are losing, because they know winning is possible.
It’s worth it. After about three days of absolute consistency on your part, you can initially conform a child to your will. They just have to be convinced that you are not the old negotiator. You are Iron Woman; The Indomitable. It’s the loving thing to do.
Debi Answers
Dear Kim
Every child has their way of controlling their parents. One child will hold his breath and pass out, while another will hit his head against the wall or pinch himself. As we read in another letter, the little girl’s wild fits seem to do the trick in controlling her mama. For the fit-pitcher we suggest that you, mama, slow down. When she starts pitching her wild fit, just hold her, talking all the time about how she needs to learn self-control and how silly she is acting. Explain to her as you hold her down that she will get 1 or 2 more licks every time she acts wild. While holding her tell her you are going to give her another lick in 2 minutes and give a running commentary on the time that remains; then tell her it will be 3 more minutes before the next lick. It will be an extremely trying, tiring, terrible time, but she will get the idea and she will also exhaust herself. The object in life is to teach our children self-control. All self-control is tied together, whether it is in their emotional response, their eating habits, or anger. In order for a child to become a balanced individual, teaching them self-control is close to the top of the list.
The 3-year-old little girl’s pitiful stance is also working to control her mama and daddy. It is important to never allow your face to show concern over the scared look, but have a set rule of the number of licks she receives for certain offenses and one extra for looking pitiful. Too much rebuke (yaky-yak) provokes a child to wrath and steals all joy. A hard fast lick or two, a short admonishment, and then let it go and cheer up is the best training tool.
Mike and Debi Pearl