Filter by:
NGJ Magazine / Articles / Don't send a grandpa to do a mother's work
Do you get our FREE Magazine? 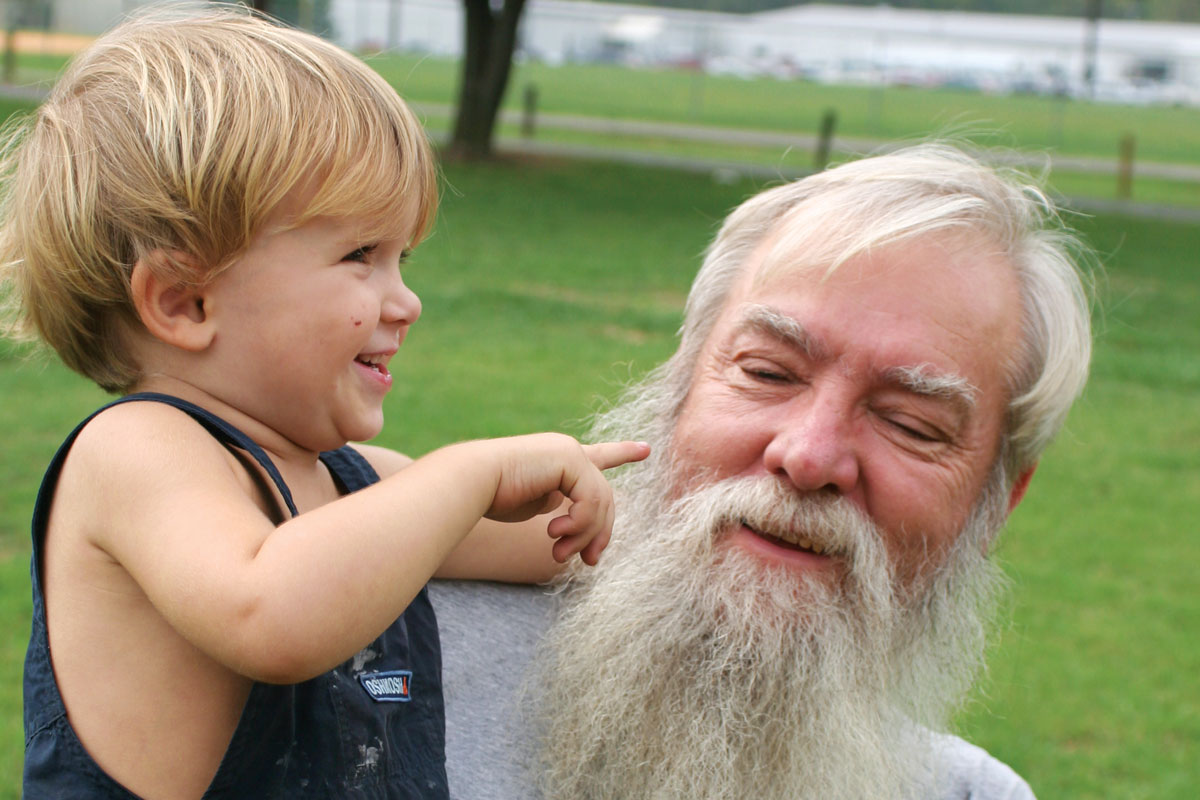 My daughter Shoshanna left Jeremiah with Debi and me for the afternoon. Somehow, Deb had to go somewhere right before lunch, and I ended up with Jeremiah. No problem. I can handle kids. I prepared a good dinner, but he didn’t want to eat anything except beans and cantaloupe.

Kids take a nap after eating, right? So he selected a book, and we sat in the rocking chair as I read the “exciting” story. I finished reading, and he still showed no signs of getting sleepy, but after having five children and watching my wife, I knew just what to do. I took him to our bedroom, and we lay down together. My plans were that as soon as he got to sleep, I would go back to work.

He kept fidgeting until he got bored, and then he started in on me. He climbed on me and jumped up and down like a bull rider. I bucked him off and told him in my most commanding voice, “Go to sleep.” Instead, he grabbed my nose and tried to unscrew it. My mother had it permanently attached, and it didn’t come loose, but it was not his fault. I knocked his hand away and rapped him on the head with a knuckle before whining my protest. He lay still for a minute, and then out of nowhere, he hit me with a pillow and let out his inherited rebel yell. I was under assault, so I grabbed a pillow and held it tight over my head so he couldn’t hit me with his. He was still for a minute, and then I felt additional pillows being piled on top of the one already covering my head. He then threw the covers over the pile of well-placed pillows and pressed his body down on the top. He was trying to smother me to death! I ran out of air real fast and had to come up gasping. He rolled off the pile, but managed to bore his little finger into my belly button as he passed by. I catapulted him to the other side of the bed and commenced complaining strongly. He thought it was quite an achievement and complimented himself with a triumphant dance in the middle of the king-size bed.

Finally, I had had enough, so I searched into my past and found my scariest voice, commanded him in no uncertain terms that his mother expected him to take a nap, and that he was going to take a nap if we had to stay there all afternoon. He got quiet for the first time. Under my pile of protective pillows, I grinned my victory. A couple minutes passed, and I realized I had won, and I did it without having to read To Train Up A Child!

I was thinking, “In a minute he will be asleep, and I will be able to get up and go back to . . .”  I heard a yell coming from somewhere far away, and I struggled to consciousness. I had been asleep! He put me to sleep!
I jumped up and staggered to the kitchen. He was standing in the middle of the floor with his legs spread apart, pointing to a pile . . .  no, two piles . . . no, four or five piles . . . and a number of spears of brown, stinky, cantaloupe and beans poopoo—on my kitchen floor! He was whining and complaining and explaining why he could not go to the bathroom, because he couldn’t undo the buttons on his pants. He was very unhappy with himself, and he blamed me for sleeping when I was supposed to be babysitting. At least, that’s the way I interpreted his jabber.

I picked up the miserable little fellow, holding him at arm’s length to avoid contamination. I regretted getting rid of that old 1950s bio suit last year. When I tried to put him into the tub, clothes and all, he began to resist. I later found out that he doesn’t like to be in the tub. To hold on to him and get him undressed, I had to change my grip several times. You guessed it, I got contaminated. I didn’t know whether to take my clothes off and get in the tub with him or to try to clean him up first. At the thought of sharing a tub with him, a premonition of impending disaster came over me. So I stripped him and washed him from head to foot—three times—him hollering the whole time. I knew he was going to tell bad things about me when the women showed up.

I then cleaned up the kitchen floor, but since I didn’t have a change of clothes for him, I wrapped him in a towel and sat down to hold him until he went to sleep. He never did go to sleep. When the ladies returned, I handed him off to his mother and told them that I never could get him to take a nap. Shoshanna said, “Oh, I fed him and gave him a nap before I brought him over.” Then from the kitchen I heard my wife ask, “What is this brown stuff on the floor?” Over my shoulder, as I was heading out the door, I said, “See you girls later. So long, poop head.”

To all mothers of two-year-olds, you have my deepest respect.

What is That Fragrance?