Filter by:
NGJ Magazine / Articles / Drug Addicts
Do you get our FREE Magazine? 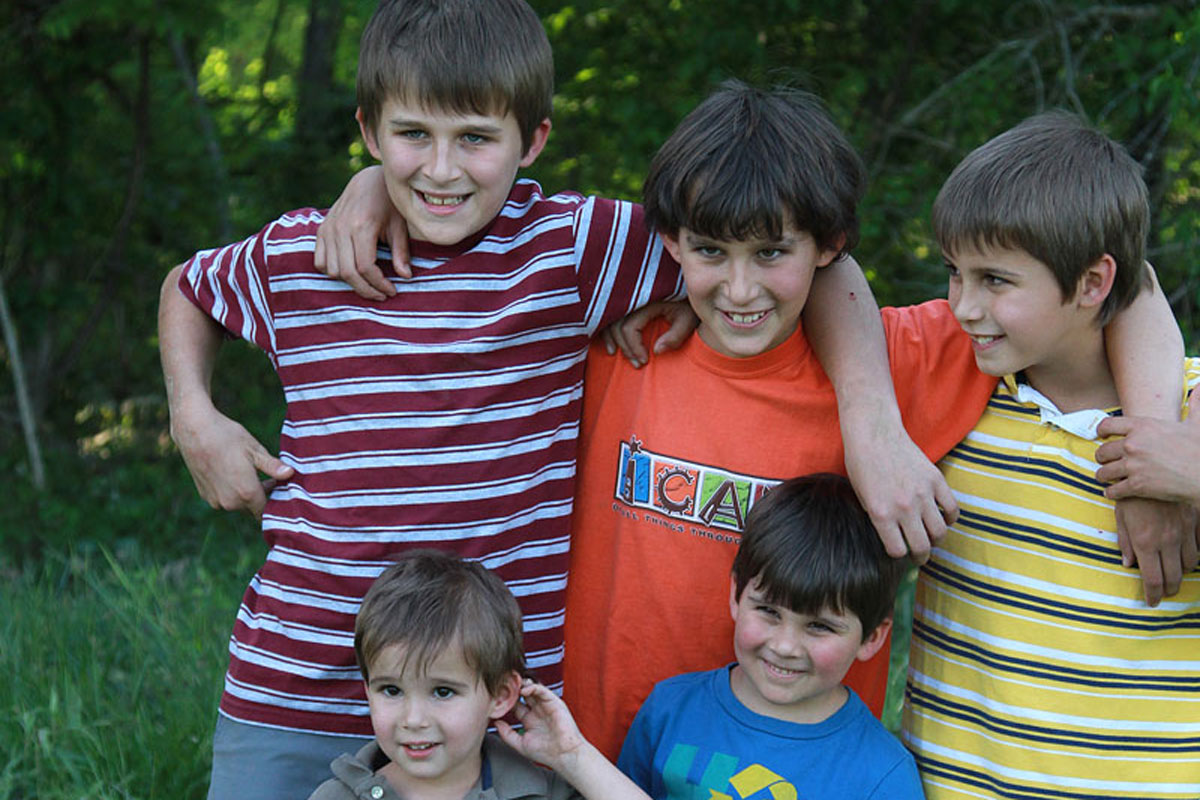 Several years ago many little boys became drug addicts... The little boys' mothers took them to the doctor so he could prescribe the drug for them. The drug is called Ritalin. It controls little boys who have not been trained to control themselves. Granted, some little boys need more training and still they are scarcely able to control themselves. But there have been boys all down through the ages with that kind of temperament and energy, but only in the last generation have parents resorted to drugs to control their children.
It is a development that could have been predicted, for many of the mothers are drug addicts also. Their drug is called Prozac, or some other name with the same application. It too controls the moods, just like Ritalin. There is an herb to take the place of Prozac, it is called St. John's Wort. It is an old drug, a natural drug, but nonetheless a drug. It is sad to look out over a crowd of strong, young families knowing that as many as 1/4 of the mothers over 35 years old are on Prozac, and about the same percentage of squirming little boys are on Ritalin. One psychologist told us that as many as 1/3 of all the young boys in the school system of Texas are on Ritalin.
When I think of Ritalin or Prozac I think of a great big bandage that is covering up an ugly wound so that no one will see it. Very likely a woman that goes on Prozac today will need to double the dosage in six months, and within two years will need to add another drug to her growing arsenal of drugs in order to maintain the same results. Drugs are not the answer. God's Word is exceedingly clear on that point. Oh, I know your case is different. One woman says she is so hyper that the drug is needed to keep her calm so she doesn't get physically sick. Another woman says she loses control and is so full of anger that her family suffers unless she takes the drug. Still another woman says she is so depressed she is afraid she will end her life without it. One sad fact is these mothers are training their children to be depressed, to feel that violent angry rage is not sin, but sickness, to depend on a drug instead of obeying God concerning temperance. These little girls are growing up learning and using their mother's excuses. Soon they will need their mother's drug.
So if Prozac is only a bandage what is the cure? The first step is repentance toward God, taking responsibility for your own actions, moods, and intemperance.
Then take responsibility for your own health. I am not a doctor. I don't have any answers that you couldn’t find yourself with a little reading and a lot of asking questions. Here is what I have learned. Again, it is only a lay-person's opinion, based on information available at the local library.
For the most part, Prozac seems to be a woman's drug. It appears that mood swings begin to surface somewhere around 33 to 37 years old, at which time Prozac is recommended. Most of the women complain of being tired, and wonder if they have a new disease. These women usually have a history of poor diet, with bouts of constipation or irritable bowels. The physical link seems obvious. The B-complex vitamins are very helpful to restore mood balance, which would indicate that the body is not getting proper nutrition. I share the opinion of others, that most physical problems start in the bowels. Just as our sinus cavities when irritated produce mucous to throw off the offending matter so the bowels have a similar response to toxins. Chemicals in food products, along with white sugar and constipation, cause the bowels to produce protective mucous that eventually forms a thick, rubber-like substance. With the bowels so lined, few nutrients penetrate to where they can be assimilated. When you are young, your colon is still in good operating condition, but around 35 years old the bad habits of youth begin to play havoc. Suddenly the few nutritious foods you do eat are insufficient to feed the failing body.
A good colon cleanse, followed by a careful diet, would greatly help this problem. Take responsibility for your own health. Discipline yourself not to take the fast, easy cure, which leads to greater problems. Drugs are not the answer. In the end you are a "Whole Woman," just like the article we wrote on the "Whole Boy." The answer requires more than just a pill or a chat with a health expert. You must be willing to call sin sin. Go to the library and learn how to take care of your body; then get out into the sunshine with a heart of thanksgiving, running, jumping, and laughing, whether you feel like it or not. Find some way to minister to others that is both creative and rewarding. Stop playing pity party. That scene will grow tiresome to your children, as they get older. Take command of your life. Choices you made caused you to be sick. Now make the choices necessary to be well again.