Filter by:
NGJ Magazine / Articles / Eternal
Do you get our FREE Magazine? 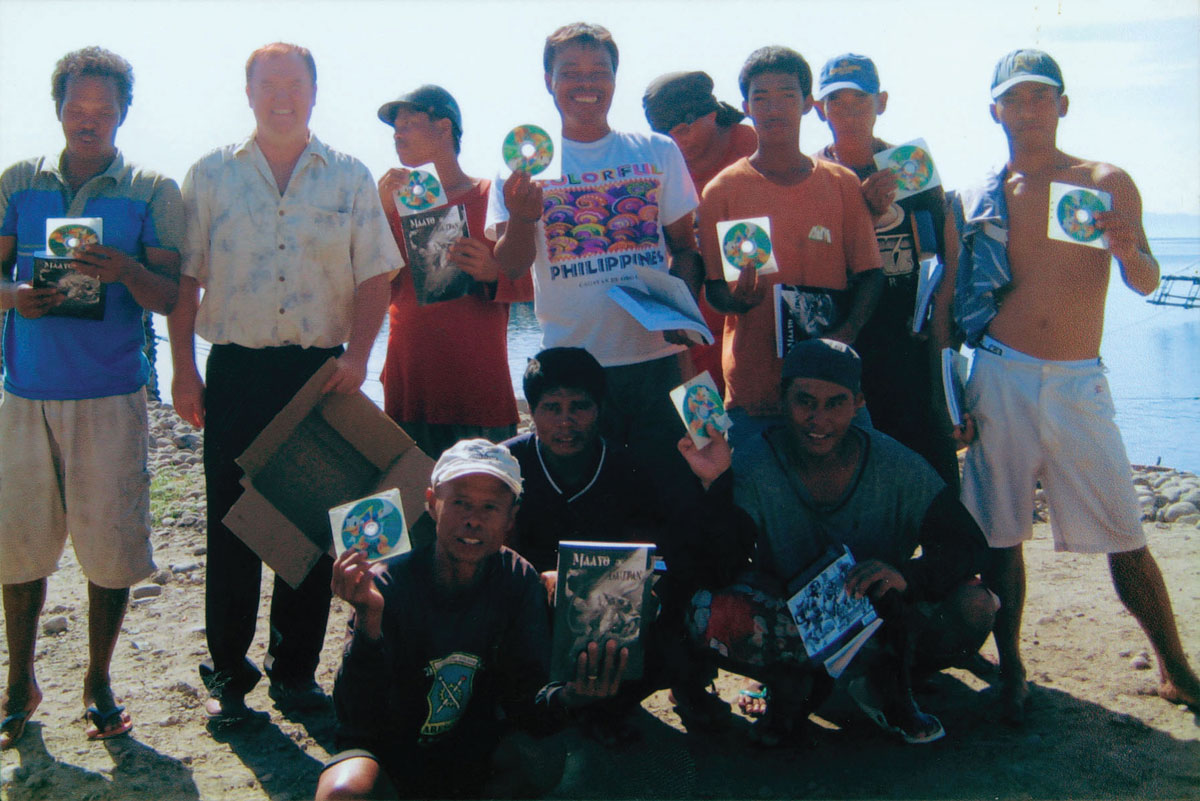 Have you ever been present when history was made–at that precise moment when decisions are made that will change lives forever? I have been, but I don’t ever remember being aware that the momentous was taking place right then and that I was there to witness it, to be a part of it; that is, not until last night when five of us sat at the kitchen tables in NGJ and launched a new project. About seven or eight years ago when I first caught a vision of producing a pictorial novel of the Bible, it was such a big idea that I couldn’t see the end of it. Eight years later it is in color and is being translated into nearly 100 languages. We have sent numerous copies to over 1000 prisons and to thousands of our military men serving overseas and to their wives and children at home.

A missionary sent out by our church just returned from the Philippines. When he arrived here we showed he and his wife a copy of Good and Evil in the Filipino tongue. She wept, and he lay down on the floor like one who had passed out. When he got up his face was shining and red. He said, “Do you know what I can do with this?” He has a vision to put one on every fishing boat in the Philippines. Everyone has at least one fisherman in the family. The boats stay out to sea for three or four months with seventeen or so on board. One book will be read repeatedly by all, and then it will go back home to a large family who will all read it, and so on. Many have been saved through this one book and many more will be, but that is a vision being fulfilled. In that meeting last night we launched another vision just as big.

Missionaries have expressed the need and we have responded. Good and Evil is going to be animated, complete with dramatized voices and coordinated music and sound effects and put in HDV format. The character will not move, but the camera will pan the pictures and produce light effects, and focus on the faces of the character as they speak. We have already done an amateur version of one chapter and even it is impressive.

In that meeting was another of our missionaries who is stationed in Southeast Asia in a “closed”, communist country. He speaks and writes the language fluently, but is not allowed to bring in Christian books or literature. However DVDs of American movies flow across the border freely. Where there is electricity or a generator there is a DVD player. Because there are so few movies in their language, they will watch anything you give them, again and again. We can produce these digital missionaries at a fraction of the cost of a book. They are highly smuggleable. I coined that word. Further, we will make this finished product available on the web in many languages, including Arabic. Free! Millions will view and hear the gospel for the first time.

In that meeting last night was a professional videographer (he films movies and commercials). He is willing to oversee the project so that the end result is entirely professional and can be readily adapted to other languages. However, it is going to cost us about $150,000 or more to get the studio work done. No Greater Joy sells its material at just barely enough to cover the cost of operation from one month to the next, so when we take on a project like this we need help. If you want to be a part, know that every cent will go as you designate it. This will happen. It is God’s idea—his heart. He will provide. The question is whether or not you want to share in the eternal reward.

Testimony of a Young Woman