Filter by:
NGJ Magazine / Articles / Excerpt from Revelation Handbook
Do you get our FREE Magazine? 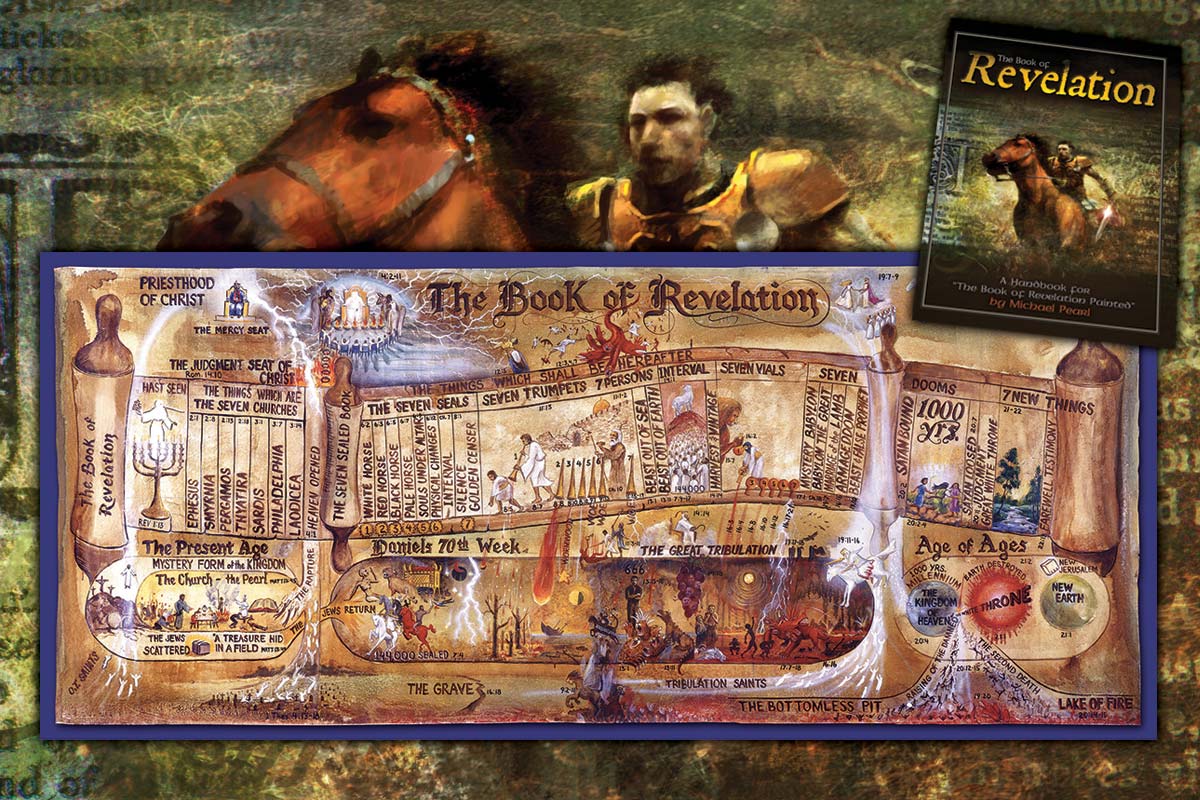 The Revelation of John

John was transported by the spirit of God into the future to witness history’s last chapter, and he was commanded to write in a book “the things which you have seen, and the things which are, and the things which shall be hereafter” (Revelation 1:19). The prophet Daniel was told regarding a heavenly book (not the book of Daniel), “seal the book even to the time of the end” (Daniel 12:4). John saw Christ break the seals and unroll God’s blueprint for final judgment. “Surely the Lord GOD will do nothing, but he revealeth his secret unto his servants the prophets” (Amos 3:7). God has chosen to reveal to his children “what shall be in the latter days” (Daniel 2:28; 10:14).

God sent the book of Revelation to reveal not just the events of the future, but the Christ of future events. It certainly reveals the “things which must shortly come to pass” (1:1), but it most assuredly reveals him who is the head of all principalities and powers.

This last book of the Bible brings together all the promises, covenants, dispensations, and prophecies into focus and opens a cauldron of horrendous worldwide crisis whose magnitude was hitherto not seen or imagined. Six thousand years of consecutive world systems, inspired by the Dragon himself, meet their end at the sword of one lone conqueror riding on a white horse. This last chapter of the conflict unveils the Son in his fury, going forth to “take the Kingdom by force.”

In his first coming, Jesus’ glory and power were concealed behind a robe of flesh. He came not to condemn the world but to save it. He became the merciful high priest and was crucified in weakness and shame. As a silent lamb, he was led to the slaughter, bearing the sins of all mankind. He became the author of eternal salvation and set up the throne of mercy. Not so when he returns. He left a lamb; he returns a lion. He left with eyes of compassion; he returns with eyes as flames of fire. In his second coming, the wrath and power of Almighty God will be revealed. The first time, men were free to reject. The next time, “every knee shall bow, every tongue shall swear” (Isaiah 45:23). He will come “in flaming fire taking vengeance on them that know not God, and that obey not the gospel of our Lord Jesus Christ. Who shall be punished with everlasting destruction from the presence of the Lord, and from the glory of his power, when he shall come to be glorified in his saints…” (2 Thessalonians 1:8-10).

I Hate That Prophet!