Filter by:
NGJ Magazine / Articles / From Kelsie
Do you get our FREE Magazine? 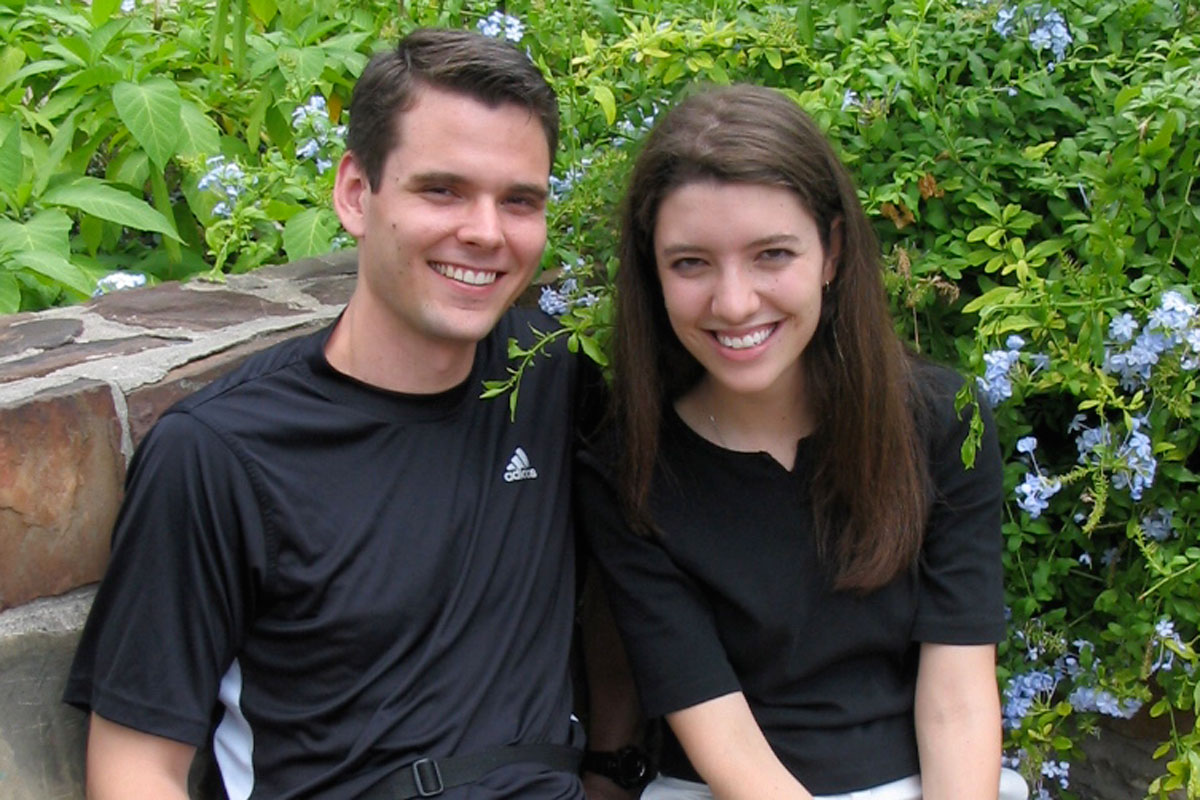 It was a balmy evening in March. The tree branches waved in the breeze and ducks swam in the nearby pond. My little brother and I skipped stones on the water while my parents strolled along the winding path. “Kelsie,” my dad called, “we have something to show you.” Wonderingly, I untied the burgundy ribbon from the parchment paper scroll that he handed me and began to read. “Dear Kelsie…my purpose in writing you this letter is to see if you would be willing to begin a courtship relationship…”
The story actually begins back when I was about 14. At that time I made a commitment that I would not give my heart away to any young man until I had received my dad’s permission and blessing to do so. My goal was to involve my parents as much as possible in the process of finding a life partner. I knew that this would mean waiting, putting romance on hold so to speak, until God had given His clear direction through my parents.

That was one of the best decisions I ever made, but at times it was a difficult road to follow. One young man or another would show some interest, and my father would turn him away. Although I didn’t always understand the reason for my parents’ decisions, I didn’t waver in my conviction; God would clearly direct my life through my authorities.

After high school I spent several years traveling to different countries and studying foreign languages. During that time I determined that God was preparing me to work with foreigners. As I thought about marriage, I knew that I wanted a man who would have a similar calling, and even one whose ambitions and goals in serving the Lord would far surpass mine. It often seemed that no such man existed.

About a year and a half ago, my family and I moved to a small Oklahoma town called Bartlesville. It did not seem to me like a place of great opportunity, and certainly there could be no hope of finding an ideal marriage partner there. Or so I thought.

Little did I expect to stand in a park in that very town and open a letter from a man on the other side of the world, inviting me to begin the most precious relationship I would ever know. Not only were my parents excited about him, but it also became evident that he was the kind of man I had been praying for. “…I am a missionary. I work primarily in the country of Ukraine. My purpose in life is to bring the Gospel of Jesus Christ to the lost.” I answered his letter,  “Dear Joshua…As far as I can determine based on my parents’ clear direction, God’s apparent orchestration of these events, and the general concurrence of our life goals, I feel I may confidently answer “yes” to seeking God’s will for the two of us regarding marriage.”

No, I didn’t even know him at the time, but I knew enough about him to see that the hand of God alone was responsible for bringing this about. And I would soon find out all about him. Many letters followed, in which we discussed everything: Bible study, missions, life experiences, children, things we had learned from our parents, finances, and of course, our future. The more we wrote, the more evident it became that God had specially prepared us for each other. What’s more, we were able to document our goals for the future and the things we had envisioned for our lives.

By the time Joshua was able to come to the States, our relationship was already well grounded. We “met” on May 7th, feeling more like best friends seeing each other for the first time. Not more than two weeks later, Joshua was in front of me on one knee with a diamond ring in his hand. I could not have been more delighted or confident about saying “yes” if we had been courting for months. God had abundantly manifested His hand in our lives, and we had both our parents’ full blessing and approval.

As I look back now over the years of waiting and wondering, my heart rejoices to see how God has led, and that in His goodness He brought Josh into my life. I can wholeheartedly say: it was SO worth the wait!

Our world today often presents us with a very skewed picture of what love is. The highest attribute of a holy God has been misrepresented as some emotional thrill, without any personal responsibility or commitment. But God designed true love to be for those who give themselves sacrificially to one another for life. It was May 13th when Josh first wrote “I love you, Kelsie” on a card and presented it to me with a vase full of red roses. He had waited a long time to be able to say those words, and now the time had come when he could back them up with his life. And I knew he meant it.
Kelsie Powell