Filter by:
NGJ Magazine / Articles / From Sinner to Saint
Do you get our FREE Magazine? 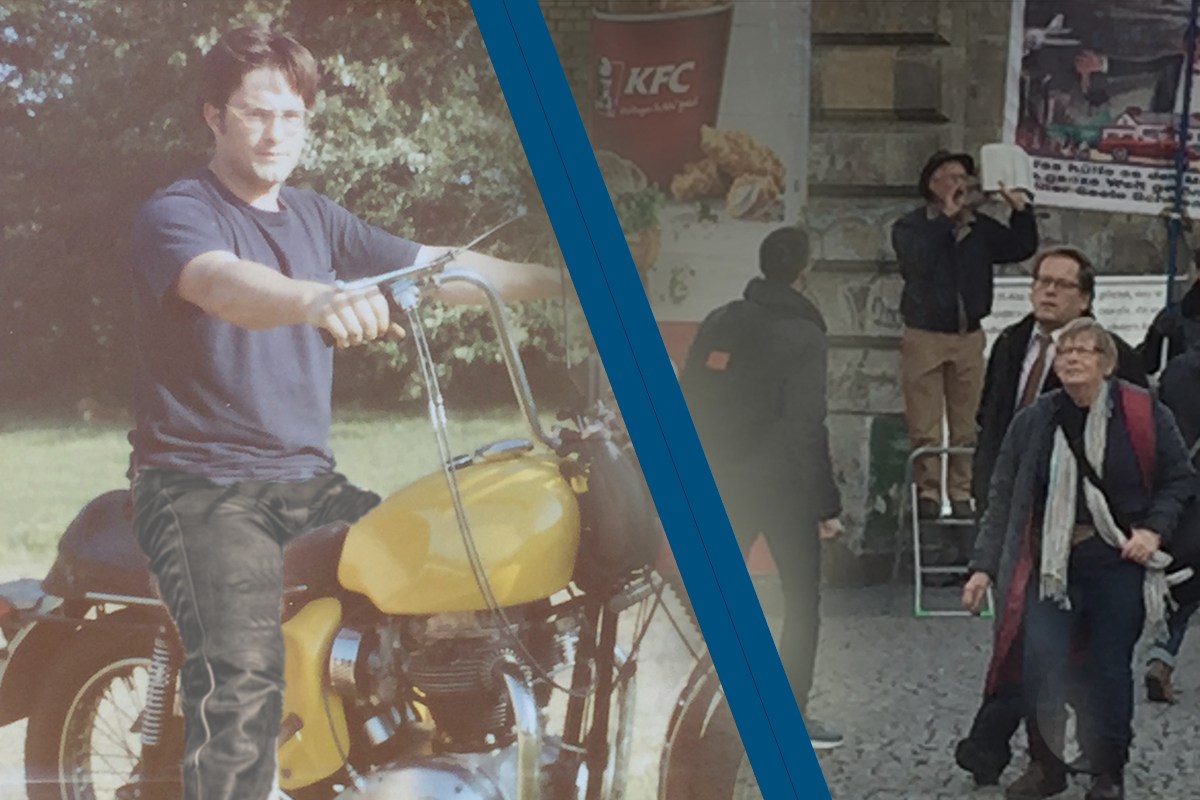 I wanted you to tell your readers about our Beale Street Bash that is coming up in May (4–6) here in Memphis, Tennessee. I am sure there are young men who would love to learn to preach on the street, and this is the time and place to learn from men who have given their lives to such a service. We have some great preaching and teaching, as well as wonderful music from folks who really love and serve the Lord. We will be on the streets daily to preach there at the Memphis in May Festival.

When I think of you, Mike, I remember my soul-sick life with no hope and I marvel at what God did in saving both my soul and my life. I think I’ll write my testimony in case you want to use it in the NGJ magazine. I am a trophy of God’s amazing grace.

It was about 46 years ago that Rob Saunders brought me out to one of your meetings. Thank God he was willing to take a chance on a devil like me. Back then I was a longhaired, dope-head pervert who spent a good amount of time considering ending my useless, lonely life in a drug overdose. It is amazing to me that sin can steal a life and cause a brain to become so muddled that it is hard to think or remember or even make simple decisions. I had no excuse as I had a decent family and a good education.

For over a month, several times a week I heard good preaching and teaching. You (Mike) would pick me up for the Scarlet Thread on Friday nights, and on Monday nights for a Bible study at Curtis’ house. Plus, someone gave me the book The Late Great Planet Earth by Hal Lindsey, and I read it along with an RSV I had. It took time for the Holy Spirit to work on me. Over the month of October the fog started to lift off my darkened soul. I wanted to know God but my mind was so buzzed with all the acid I had taken. On Sunday, October 31, 1970, about 11 people came forward for salvation and I went with them. One of the petitioners was Cathy Saunders, and I thought, “How could a professing Christian and sweet mother like her be lost?” I think I got baptized that night but things were still not clear and I didn’t think I was saved the next morning. My mind was just so full of drugs and corruption, plus Satan had had full reign for so long he just wouldn’t give up easily. You (Mike) called for a special Tuesday meeting since it was obvious God was moving.

On Monday, I walked around the yard thinking I was lost. I was unhappy and all the people in church seemed to exude joy—cherubic old women (they were in their 40s) and happy people. I was not a part of anything. I didn’t have connection to anything of purity or happiness. Monday night I went to the Bible study feeling pretty low but not talking to anyone about how I was thinking.

Tuesday came around and I still felt isolated. I thought about doing coke (the drug) until I died. It just didn’t seem like I could get what the sweet folks of the church had, but the evening special service was coming up so I got on my BSA (motorcycle) and headed out. I had just passed over the Loosahatchie Bridge when the motor sputtered and quit and I coasted to a stop on the side of the road. There was such darkness that November night and I was out of gas five minutes before the meeting was due to start. My mind immediately went back to days of mindless sin with too many drugs; in that state there was no caring or struggle about anything. But praise be to God, he was there for me even then.

Not one minute after I ran out of gas, a fellow stopped who had a gas can in his car. An angel? Only God knows, but I was on my way again. I walked in with the service already started and I announced that I was filled with devils and needed prayer. Mike called me to the altar and several men laid hands on me and prayed, and then I went back to my seat. Mike preached on coming to God through Jesus and drew a picture of Jesus on the cross. The cloud of doubt was lifted as I listened to the beautiful sacrifice Jesus made for me. At the invitation Mike told me to go to the inquiry room with Ed Morris, who has now been gone from this world for many years. Brother Morris held up the Bible and asked if I believed it was the Word of God. There was a struggle. Was it or was it not? The Holy Ghost won and I said I did believe. He opened to 1 John 5 and started reading verse 9. He showed me that the witness of God was superior to anything man has said, and I trusted what God said at that moment.

The next few days I doubted, but like Peter, I walked on the water, and when I felt like I was sinking I cried out to God to save me. On a couple of occasions I have approached the throne and asked for assurance. When someone as wicked as I was can be accepted in the beloved, I know there is hope for everyone. Southside’s song leader Perry Burns said I reminded him of the devil-possessed man of the Gadarenes. Debi’s dad said he knew a devil when he saw one (having been one himself, I suspect), and told the girls in the church if I bothered them he would kill me. Thank God a child of disobedience was quickened. A few years later God let me marry Debi’s cousin, Freida. It has been 44 good years of loving and honoring God and having a good, loving woman to stand by my side. Only God in his mercy and kindness…

Anyway, what I want to tell you about is more up-to-date. Freida and I just returned from a trip to Europe doing a street-preaching blitz with missionary Nico Verhoef. We preached at the busy markets in Switzerland, Austria, Germany, and the Netherlands. YES, we preached at the market in Berlin where two weeks later people were killed by ISIS. We can’t help but wonder if some of those who were killed heard the preaching but walked on by. We are praying that some who may have heard will now take it to heart and get serious about their souls.

Nico says that he had his eyes opened to the necessity of street preaching through my ministry (Banners Unfurled), so that the men he has trained to street preach are my grandchildren. If so, this means they are your (Mike’s) great-grandchildren. Shortly after I was saved you took me out on the street to help while you did some street preaching. That was in 1971. Street work got into my blood and I have followed this path since.
The scripture banners I designed years ago have been a real asset to street preaching. They are a simple, lightweight system that enables them to be hoisted above the heads of a crowd. There is no way to count the many conversations that have been initiated with people just by asking me, “Can you explain the banner?” You can see in these few pictures of the great crowds in Europe how effective the banners are as a visual aid. Notice how the people are examining the banners with obvious great interest even when they won’t stop.

While in Europe, we traveled to ten cities in twelve days and spent hours on the streets preaching and handing out tracts with THOUSANDS of people thronging us everywhere we went. Ten other men joined us at different times to preach in various cities. The people are for the most part quietly disdainful and walk on by, but you can see that some were willing to stop and talk. As we went to Wittenberg (where God started the Reformation through Martin Luther) and stayed in a hostel on the Elbe River (on which William Tyndale fled to Hamburg to translate the scripture), we could not help feeling like we were part of biblical history and a part of something bigger than ourselves, and we thanked God for the privilege.

Street preaching is easy but it helps to have some training from men who have done it. This is why I started the annual Beale Street Blast in 1999. Thousands of people will flood into Memphis for the big Memphis in May Festival, and we will be there with men and women from all over the country, standing with our banners, passing out tracts, and preaching the gospel. It was during one of the Beale Street Blasts that Bro. Verhoef caught of street preaching and started training men to fan out across Europe with the gospel this way.

If a young man wants to do something that will count for eternity, he should think about a lifetime of public preaching. At the May 4–6 Blast, we will spend some time teaching how to street preach and make banners (to take home), and will explain the need for prayer. We will enjoy plenty of great music, fellowship, and food. We extend a hearty WELCOME to anyone who wants to learn how to minister the gospel.

For more pictures or information about the upcoming conferences (as it becomes available) follow me on Facebook: Banners Unfurled- Ken Lansing or bannersunfurled.com.