Filter by:
NGJ Magazine / Articles / Hammering Home a Truth
Do you get our FREE Magazine? 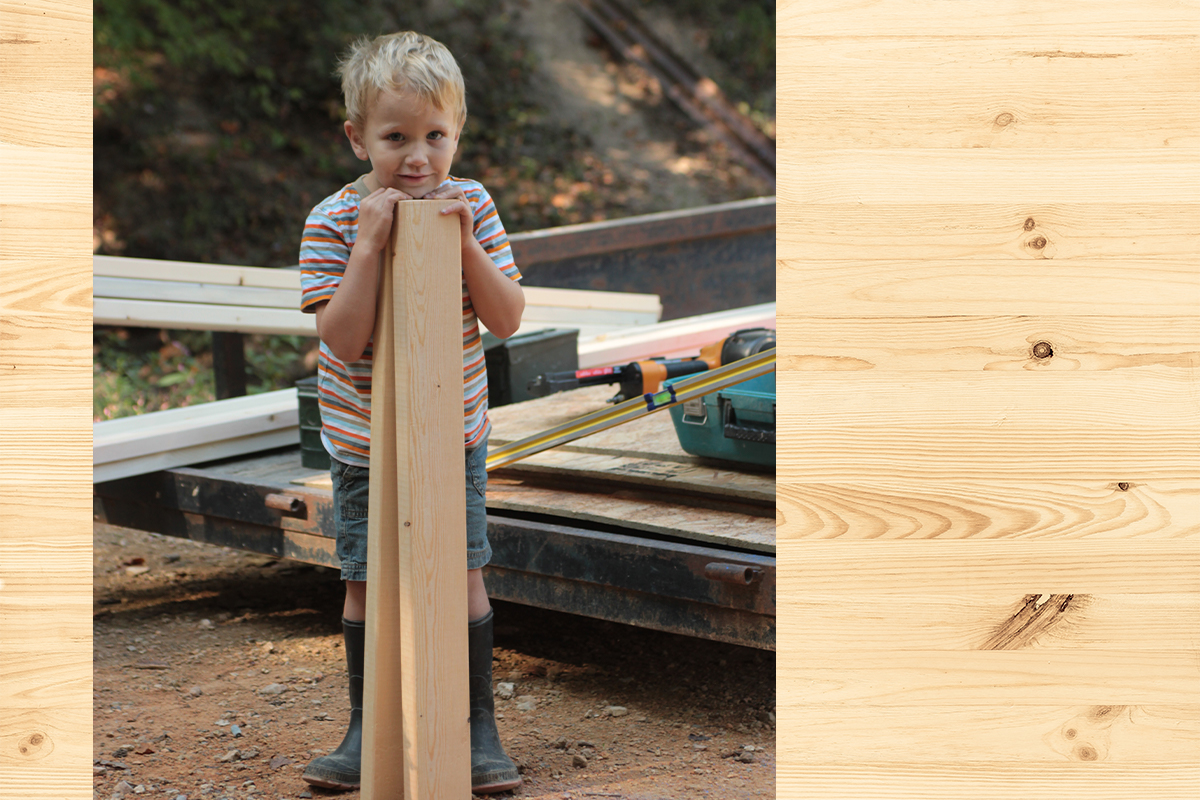 After 49 years of child training and 30 years of teaching others, I can testify to the absolute truth of God’s promise: “Train up a child in the way he should go, and when he is old he will not depart from it.”

This is a certainty: “…he will not depart from it.” Will not—not ever—not even for a short time—will not depart. A great man of God once said, “When you do God’s work God’s way, you never lack God’s supply.” So, young parents, do not fret or worry when older, seemingly spiritual parents tell you they did all they could to train up their children yet one or two of them spent time in rebellion. They may explain how outside influences or some other factor beyond their control caused God’s promise to fail. But, typically, if you ask their older, rebellious kids why they do not walk in truth, they will point a long, judgmental finger at their mama or their daddy and give you the real answer. God keeps his promises. If you train up your child in the way he should go, then he will always go that way. I promise, but much more importantly—God promised.

The bedrock of child training is interaction and example. It is as simple as doing life with your kid. Just today an old gentleman whose children are long since grown told me with a voice full of regret, acting out his words with a raised voice and pointed finger, “I always told my kids, ‘Don’t do what I do; you do what I say.’” He spent a great deal of his life training his children to work hard. He also had them memorize lots of Scriptures, but all his children went down a dark path in their late teens. His example of anger and his wife’s example of not honoring her husband taught the children to be rebels. He thought correctional training could counteract his example.

“Oh, this is terrible,” you might say, “because my spouse is a big sinner and will cause our children to go astray.” Not necessarily so. The Bible teaches us that if only one parent walks in truth, there is hope for the children. “…If any brother hath a wife that believeth not, and she be pleased to dwell with him, let him not put her away. And the woman which hath an husband that believeth not, and if he be pleased to dwell with her, let her not leave him. For the unbelieving husband is sanctified by the wife, and the unbelieving wife is sanctified by the husband: else were your children unclean; but now are they holy” (1 Cor. 7:12–14). This is another promise from a Holy God. It, too, is conditional. In our own experience we have personally seen God bless time and time again when only one parent honored God by living in truth.

We have a 15-year-old friend whom I will call Kurt to save him from the embarrassment of fame. He has taken his high school placement test, and his scores reflected very high college equivalence. Yet Kurt does not sit at a table doing homeschooling lessons—EVER. He has spent most of his days working with his dad in construction. He can do a man’s job in every area of construction, including electrical wiring. His dad is always training his son to be not only a good boy, but a smart man. I feel sorry for boys who are being trained to be good school boys, because they will soon be expected to be men but will not possess any of the skills. Kurt’s way is as clear as light. He loves the Lord, walks in truth, and enjoys working hard. He has spent his life interacting and following the direction of his mom and dad’s example.

There must have been times when his dad had to take a rod to Kurt for irritating his sisters or not coming in when he was told to do so. Yet, even though I have watched Kurt grow up, seeing him at least four times a week, I never saw him getting spanked. Correctional training was there, but it was such a small part of his life that I was never aware of it. Children between the ages of 2 and about 5 need to be trained to respect authority. An occasional spanking is essential to maintaining their respect for your commands. “Foolishness is bound in the heart of a child; but the rod of correction shall drive it far from him” (Proverbs 22:15). Some people think they can train a child without the rod, but the text is clear. “A servant will not be corrected by words: for though he understand he will not answer” (Proverbs 29:19). Children must be taught to answer to authority. The rod gets their attention when all else fails. “Correct thy son, and he shall give thee rest; yea, he shall give delight unto thy soul” (Proverbs 29:17). Correctional training is necessary, but…

The Greatest of These Are Example and Interaction

I can remember countless times when Kurt’s dad or mom trained him how to play ball, ride a bike, swim, count change, sing harmony, lay down a hardwood floor, learn the vocabulary words in Reader’s Digest, or help his sister learn to read. Most of Kurt’s training has been working side by side with his dad, and he has come to be a conscientious and highly disciplined worker. Through Dad’s example, he learned to be courteous to his sisters and other females. Through observing his mother’s honor for his father, he learned to honor those to whom honor is due. He learned to be a strong, confident man, a gentleman, a hard worker, a kind helper, a skilled craftsman, and an energetic ball player—all by example and relaxed instruction. His parents said with their lives, “Follow me and do as I do.”

Kurt was trained to love the Lord and walk in truth by the example he saw at home. His parents were the same in public as they were at home—not perfect, but the same. They would be the first to tell you that they are not perfect, but it is clear that there is no pretense of spirituality, no false humility, acting one way in public and another way at home. They have too much fear of God. They do not have any secret sins of the flesh that they must hide from their church friends.

Be what you want your children to become and then guide them through meaningful participation in real life, and when they are old they will not depart from it.