Filter by:
NGJ Magazine / Articles / Handling Sibling Aggression
Do you get our FREE Magazine? 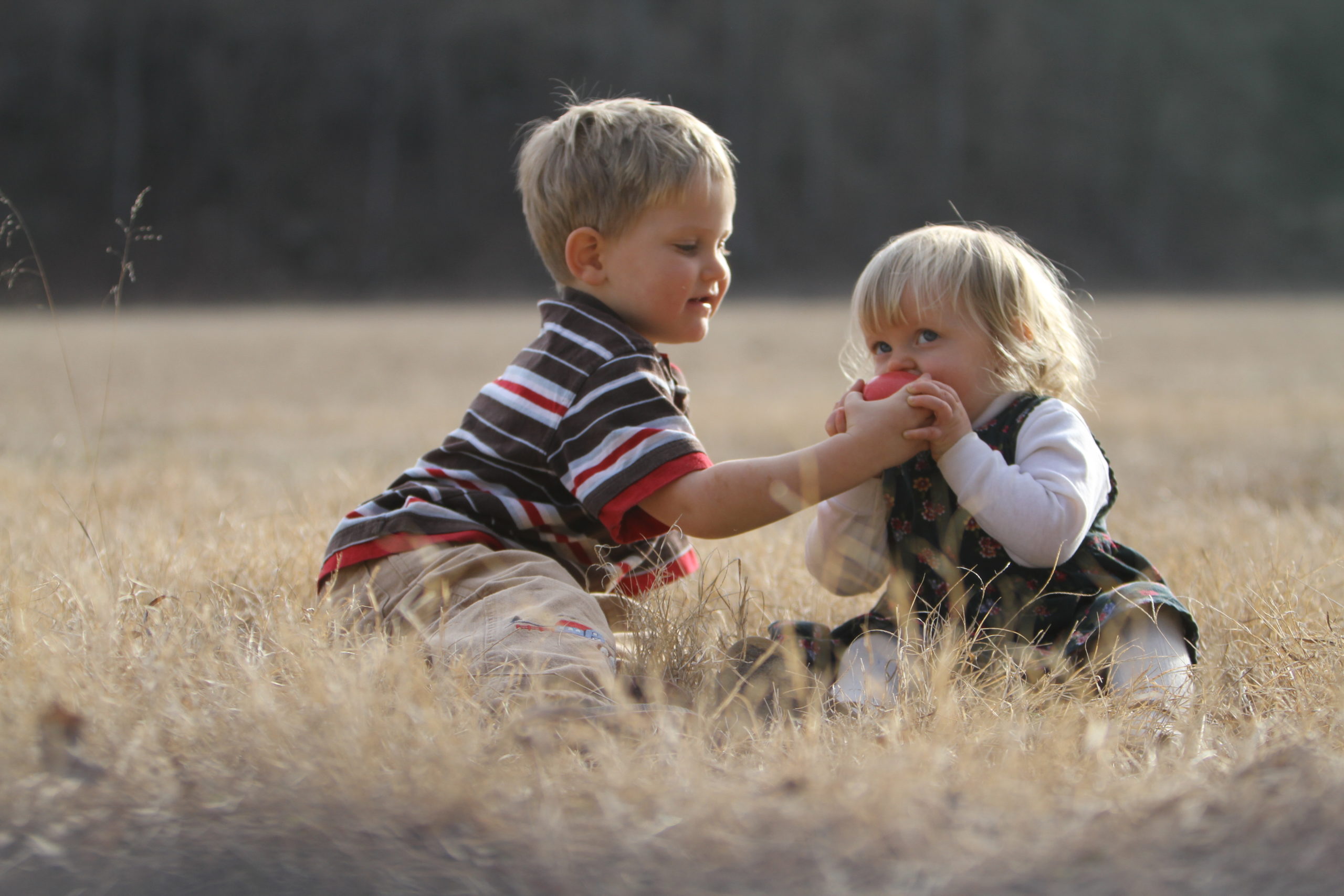 A reader asks, “How do you handle sibling aggression, fighting over toys, etc.? How do they learn to handle situations and not run to mama? How does mama learn not to intervene?”
Firstly, recognize the right of private property. If two families shared the same yard, they would soon fuss over how it is to be used. If six families had joint ownership in one car, how long would they go before fighting? Don’t expect your children to show a level of maturity and sacrifice that few adults ever display.
Where it becomes a problem, permit no joint ownership. Do not force a child to give over his rights. The owner has prior rights no matter who had it first. That settles 95% of the conflict before it arises. If there must be joint ownership, then it will have to be handled on a lease bases; it belongs to Jack in the morning and to Jill in the afternoon, or some other easily manageable plan. We want them to learn to give up their rights, but they can’t give up rights which they never have. Giving up is voluntary, which means they can not be pressured into compliance and still reap positive character development. If neither of them has a right to possess it, neither can give over. To give a child first come first serve right to everything in the house is to create a false world view. It makes whiners and breeds aggression and selfishness. It does more for character building to voluntarily recognize someone else’s right and give up the coveted object than it does to get to it first and selfishly possess it for no other reason than a timely possession. “How do we handle aggression, fighting over toys?” If it is a fussing, pulling match, establish ownership. If there is no owner, lease it out or throw it away. However, if a child resorts to actual violence, hitting, biting, kicking, shoving, etc., then the violence should be dealt with by rebuke, exhortation, and a thorough spanking. Children must be taught that violence is never an acceptable alternative in personal conflicts. The rod with rebuke is a most effective teacher.