Filter by:
NGJ Magazine / Articles / Hearts of the Fathers
Do you get our FREE Magazine? 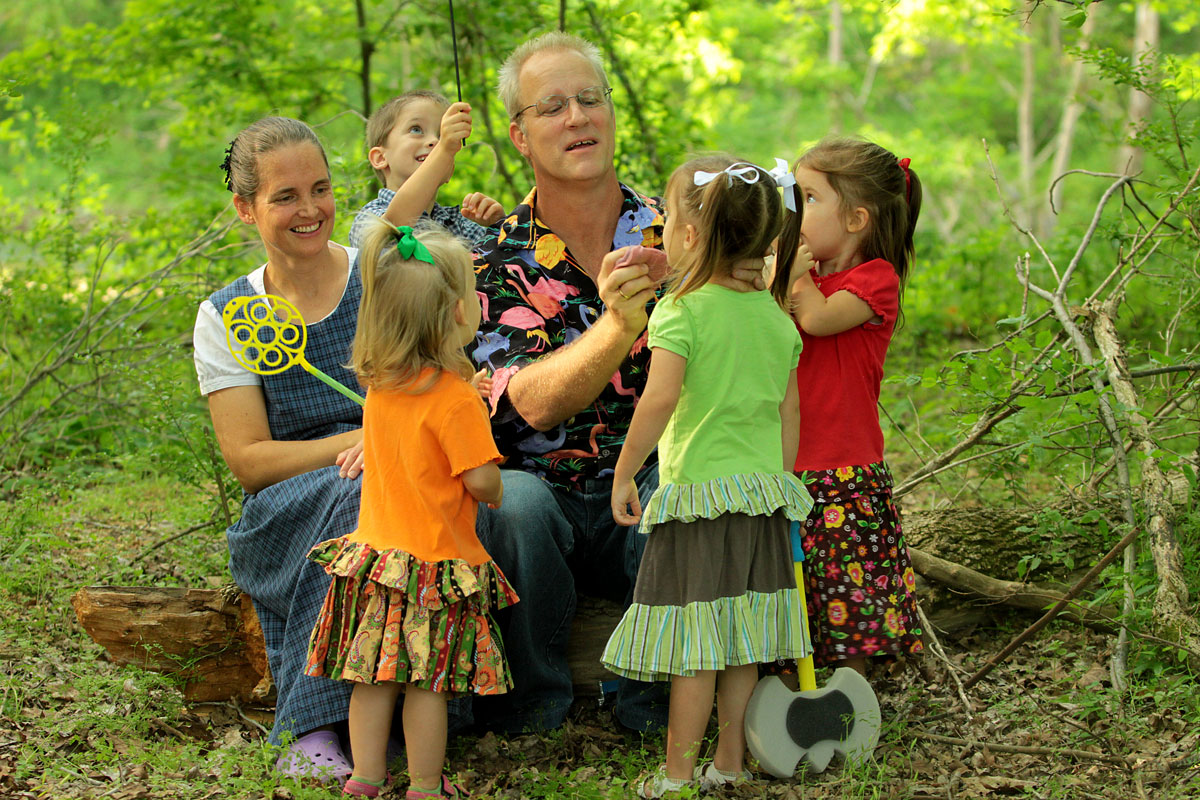 The Great Tribulation is a menacing promise looming in the shadows of history, a Divine challenge to the best laid human plans, the inevitable demise of all hope. Global warming, poverty, war, and nuclear proliferation are nothing in comparison.

God will not only bring judgment; he will also unleash the devil and all his minions to do as they please. So terrible is their wrath that the angel announces, "Woe to the inhabiters of the earth and of the sea! for the devil is come down unto you, having great wrath, because he knoweth that he hath but a short time" (Rev. 12:12). In the tribulation, God and the devil will share the same objective--to damn the human race. It will be almost as if they had joined forces. What inescapable judgment!

In that day no one will ask if AIDS and venereal diseases were created by God to punish sinners. Rather, the Scripture says, they "blasphemed the name of God, which hath power over these plagues: and they repented not to give him glory" (Rev. 16:9). Antichrist is given power to kill every one of those whom God has sealed (Rev. 6:9; 13:7; 20:4).

At first, famine sweeps the earth. Then nations begin to conquer one another. God pours out detestable vials of new and unique diseases which afflict men with incurable suffering. They are covered with sores. The fountains of the earth are polluted and the water becomes undrinkable. Heaven rejoices that they have nothing to drink but blood. Throughout the tribulation many die from famine, war, disease, and the beasts of the earth. Hungry dogs travel in packs and tear human flesh, accounting for many of the dead. An asteroid hits the Mediterranean Sea and destroys one third of the life in it. The sun burns seven times hotter, burning up all the green grass on the earth and one third of all the trees. The atmosphere is blackened to the point that the daylight hours are reduced by one third. At one point one third of the earth's population is killed in one blow (Rev. 9:18). At present population levels, that would mean two billion dead by the will of God. It is a picture too horrible to imagine.

There will be a five month period in which the angel of the bottomless pit will release locust-like creatures with scorpions' stingers in their tails. The suffering caused by their stings will be so torturous that men will seek death, and God will prevent them from dying so as to prolong their suffering (Rev. 9:6-11). The suffering is so great, and the world is so fully aware that God himself is responsible, that "men blasphemed God because of the plague of the hail; for the plague thereof was exceeding great" (Rev. 16:21).

In predicting this event, Jesus said, "For then shall be great tribulation, such as was not since the beginning of the world to this time, no, nor ever shall be. And except those days should be shortened, there should no flesh be saved" (Matt. 24:21-22).

The earth will be left in total devastation. There will be a number of tribulation saints who have survived the great tribulation, and they will be looking for his appearing, hoping to join the church age saints who have already been raptured out. "And then shall appear the sign of the Son of man in heaven: and then shall all the tribes of the earth mourn, and they shall see the Son of man coming in the clouds of heaven with power and great glory" (Matthew 24:30). Sinners will hide "themselves in the dens and in the rocks of the mountains; And said to the mountains and rocks, Fall on us, and hide us from the face of him that sitteth on the throne, and from the wrath of the Lamb: For the great day of his wrath is come; and who shall be able to stand?" (Rev. 6:15-17)

What great sin provokes God to unleash plagues and torments upon every man, woman, and child in every country, city, small town, village and remote farm on the face of the earth? The prophet Malachi recorded the words of God concerning this event: "Behold, I will send you Elijah the prophet before the coming of the great and dreadful day of the LORD: And he shall turn the heart of the fathers to the children, and the heart of the children to their fathers, lest I come and smite the earth with a curse" (Malachi 4:5). Don't believe the unfounded opinion that John the Baptist was the fulfillment of that prophecy. John did indeed come "in the spirit and power of Elias, to turn the hearts of the fathers to the children, and the disobedient to the wisdom of the just; to make ready a people prepared for the Lord" (Luke 1:17). But the people did not receive him, so Jesus said, "If ye will receive it, this is Elias, which was for to come" (Matthew 11:14). But they killed the prophet.

Seeing that John was dead, and knowing the prophecy of Elijah, the disciples asked Jesus, "Why say the scribes that Elias must first come? And he answered and told them, Elias verily cometh first, and restoreth all things" (Mark 9:11-12). According to Jesus, speaking after John was dead, Malachi's prophecy is yet to be fulfilled. The curse is still pending. Elijah will yet come as one of the two witnesses described in Rev. 11:3. More than ever, there is a need "to turn the heart of the fathers to the children, and the heart of the children to their fathers." The text suggests that repentance would prevent God from smiting the earth with the curse of the Great Tribulation.

So what is the root cause of other sins like fornication, theft, murders, sorceries, and blasphemy, all named in Revelation? Failure of fathers to have the hearts of their children and the failure of children to have the hearts of their fathers. Mothers are not mentioned here. This is for you fathers. The greatest judgment of all time is provoked by fathers who do not connect with their sons. It is clear that the family is broken down today like at no other time in history. Fathers are busy and distant. They have left the training of their children to Mother. Mother does the best she can, but she is not held responsible when it comes time for judgment. Fathers will be the defendants. The implication of Malachi's prophecy is that the great tribulation would not occur if fathers would do their duties. We know that this will never happen on a wider scale. Fathers will continue to fail and tribulation will come. But what about you, right now? Father, do you have the heart of your son? What would he say? Has your heart as a son been turned back to your father, who may now be old and possibly bitter? I have said enough. What are you going to do about it? You alone cannot save the world from the great tribulation, but you can save your family from it.

If you are interested in knowing more, Michael's teachings on the book of Revelation are available as a free MP3 download.

2 comments on “Hearts of the Fathers”