Filter by:
NGJ Magazine / Articles / Homeschool Kid - Daddy and King Neb
Do you get our FREE Magazine? 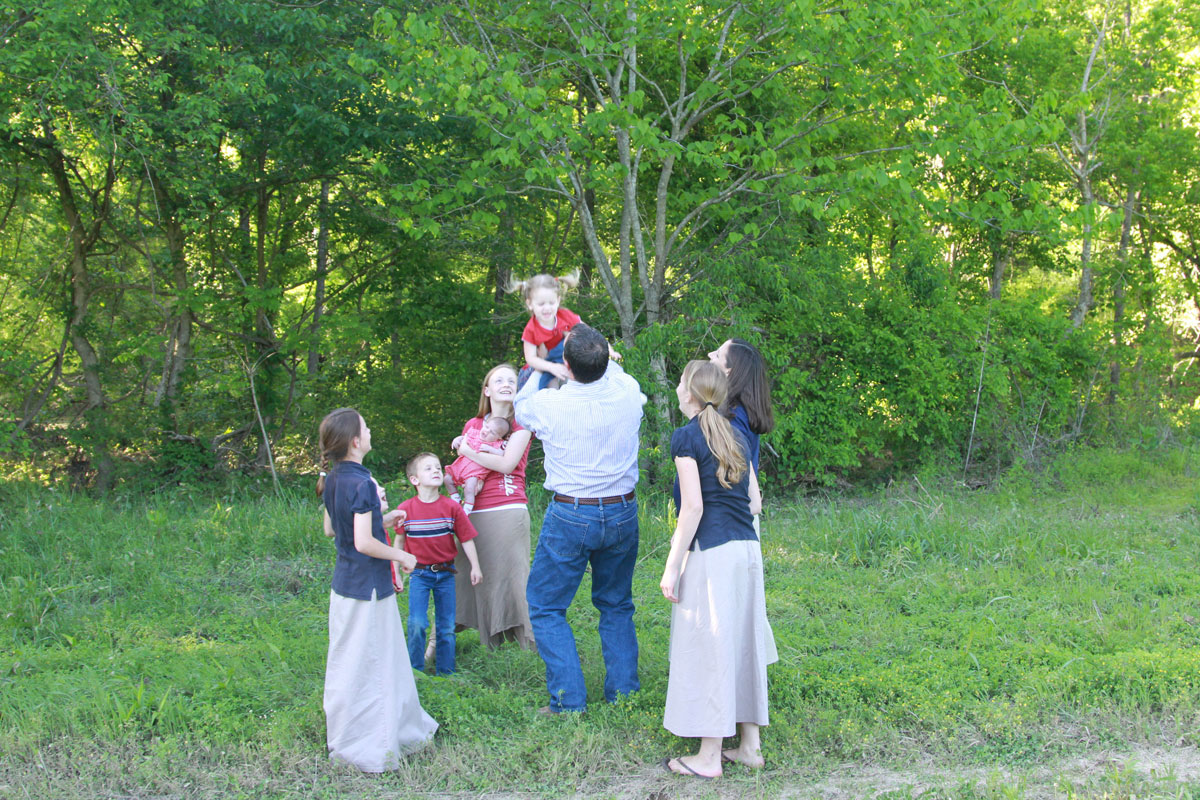 Daddy's drooling and carpet-grazing depiction of King Neb, changed into a beast, is so impressive that even three-year-old Joe is convinced of value of being thankful and ascribing God the glory that is due Him.

As I pass by Joe and Rysha’s bedroom every evening, I see their Daddy standing in the semi-darkness between the two twin beds. Sometimes he is crouched down like a prowling lion; other times he stands like a giant with a spear in his hand. Or, he can be seen kneeling with an arched back and hands upraised toward the sky. I see two little faces, eyes wide with wonder, peering out over the top of the covers. They’ve seen Daddy reenact so many Bible stories, you’d think they’d be tired of them. But the day isn’t complete without the spectacular finale of Daddy’s Bible story. And, I must confess, I sometimes hover in the darkness of the hallway, caught in the excitement of the story, and unable to go to bed until I hear the end.

The all-time favorite is about King Nebuchadnezzar, the greatest king on the earth since David and Solomon. God even told him so. But foolish Neb forgot who made him great, and took to himself the glory that belonged to God alone. Daddy’s drooling and carpet-grazing depiction of King Neb, changed into a beast, is so impressive that even three-year-old Joe is convinced of the value of being thankful and ascribing to God the glory that is due Him.

The stories about Peter, Paul, John, and Luke in the Acts of the Apostles have started a regular occurrence of Joe standing on the back of the sofa with his arms outstretched, preaching to a wide-eyed Rysha (18 months old), who shouts unintelligible encouragement from her designated spot as his audience.

There is nothing somber or religious about “family devotions” in our house. Daddy’s Bible stories have given our children a healthy appreciation for God’s sense of humor, His justice, and His love. They know Him just as they know us – in a very real way.

I can’t imagine “homeschooling” without that vital little hour at the end of every day. Teaching our children to read, write, and count to one hundred is minuscule in comparison to our desire that they come to know the Living God – their God! I rejoice to say that I believe we are succeeding!