Filter by:
NGJ Magazine / Articles / Husband Comes to Christ
Do you get our FREE Magazine? 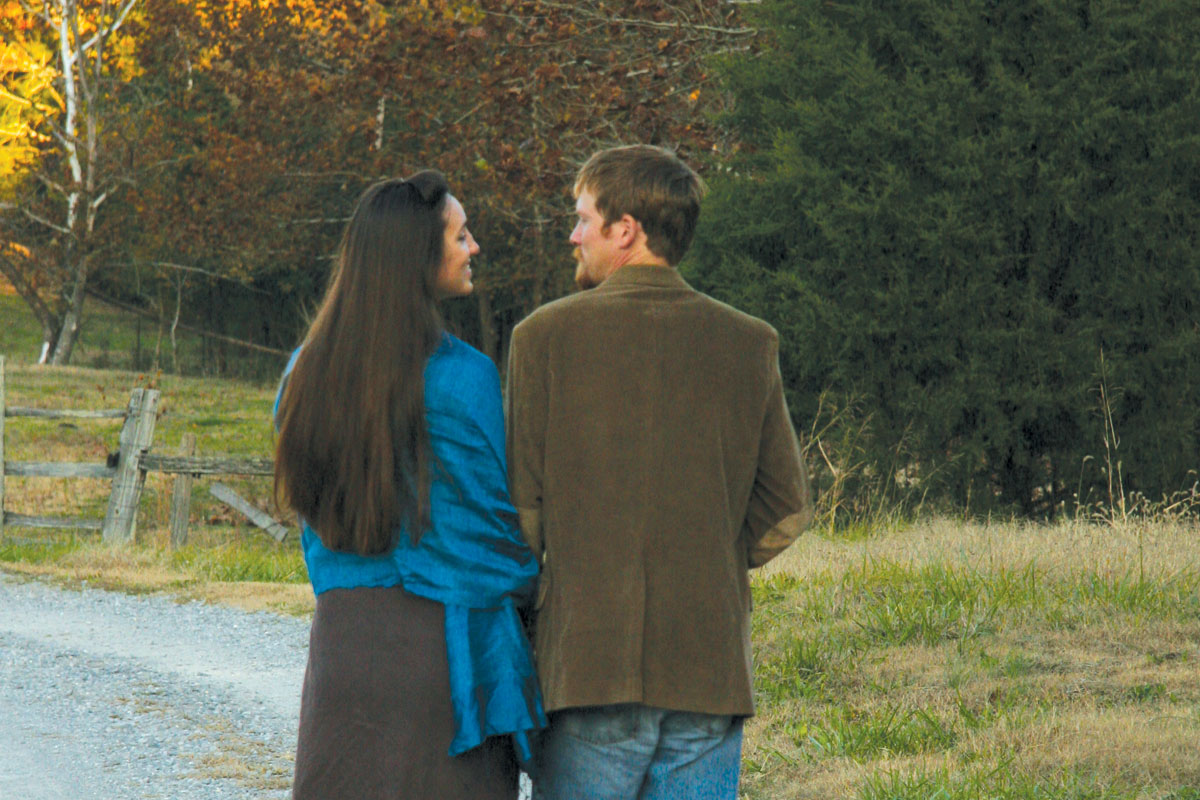 The last time you heard from me I had QUIT MY JOB!—the tiresome job of trying to lead my husband to lead our family. What happened next? Did I miraculously become the perfect wife and meet his every need? Did he take up Bible reading—get saved? NOPE! But, I laid down a load that God never intended for me to carry. When I realized the futility and fallacy of trying to lead him to faith in God, I started paying more attention to my own commitment to Christ...and praying like crazy for my man...and that is where our story really begins.

Then we met another young couple who are believers, but not at all “religious.” One Spring day, the four of us were sitting on a creek bank talking. Our friend, James, said “When I got saved, I finally believed Jesus did it all for me. There was just nothing else for me to do but believe. It was all done for me.” My husband sincerely shook his head and said, “It is hard to imagine it’s that easy!” The conversation then seamlessly moved on to something else, but my skin was covered in goose bumps. There! My husband had just heard and discussed (without it being shoved down his throat) the true, beautiful message of salvation. Wow! My prayers for friendship with believers were answered. God had really heard my prayers!

A few months went by, and I told my man that I would like to get baptized. He was uncharacteristically defensive in his reply. “Well, you can get baptized if you want, but I’m not going to do it!” I defensively retorted, “Well, I didn’t ask you to get baptized, did I?” The conversation REALLY agitated him, and he repeated, “I don’t feel the need. You do whatever you want!” Then he was cranky for several days.

During this time I was SO blessed to have two godly older ladies advising me. One wrote me in response to my baptism inquiry: “I think it is important to be baptized, but like you mentioned...I believe something is about to happen that will allow both of you to be baptized together. I’ll pray to that end.” I thought, “Yeah, right,” but somehow I was physically unable to ask my husband about baptism again (I wonder if my friends were praying for my tongue to be bound). I just thought, “Oh well, I’ll get baptized after he’s dead!” ha-hah!

As time went on, and I could tell my husband had truly started seeking God, I wondered if it was because I had gotten out of the way. Instead of having to prove something to his “religious wife,” he could just seek Christ on his own. So, on Sunday mornings we would take long 1-2 hour drives, and he would casually ask me to read the Bible aloud or listen to Bible teaching CDs. Over the course of several months, I could tell that my husband had learned the gospel of Jesus Christ, plain and simple. Then one day we listened to Mike Pearl’s “God Hates Sinners.” It was like another blast went off in the car. We suddenly realized how depraved we both were, and how sin separates us from God. That’s a big deal coming from our culture of  ‘God Loves You Just the Way You Are’ teachings.

Very soon after that second blast from God in the car, we spent another wonderful day with our Christian friends. When it was time to go, because I was big and pregnant, I waited inside the car while the men were talking outside. When my husband got into the car, I got the biggest and most beautiful surprise of my life! This is what he said: “James just asked me if I was saved. I told him, “Well...Yeah...I am.” Then he told me, “I don’t know when it happened. It’s weird...I was brain-washed with religion and works my whole life. Now I know without a doubt there is no way I can work myself to heaven. Jesus did that for me. I believe!”

Then he asked me about getting baptized. I told him that I was going to do it next time we visited...that I just hadn’t thought about it for quite a while, but that it is right for us to do it now. Then I told him, “My soul feels totally at rest. I don’t fear death as I once did. I know the Way has been made for me. I feel totally different. Yup, we are getting baptized in a few weeks.”

I could barely speak. My wonderful man had been Born Again...and I WAS going to get baptized...outside...in Cane Creek...in January—and with MY husband.

That was less than a year ago, and our life has since turned COMPLETELY upside down, or should I say, right side up! I have another story planned for you that lets you in on a few of the things we have been up to...and how Mike got a GOOD laugh at me one day.