Filter by:
NGJ Magazine / Articles / In Defense of Biblical Chastisement, Part 1
Do you get our FREE Magazine? 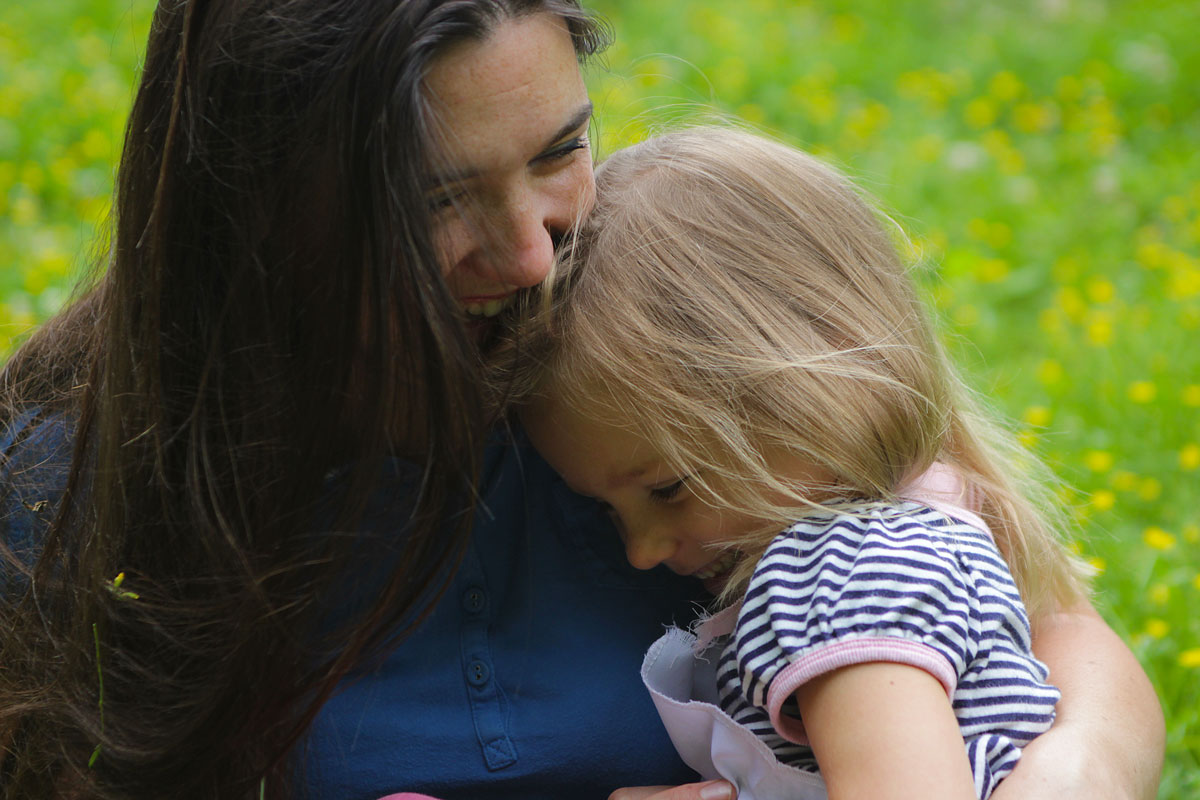 “He that spareth his rod hateth his son: but he that loveth him chasteneth him betimes (Prov. 13:24).”
“For whom the Lord loveth he chasteneth, and scourgeth every son whom he receiveth. If ye endure chastening, God dealeth with you as with sons; for what son is he whom the father chasteneth not? But if ye be without chastisement, whereof all are partakers, then are ye bastards, and not sons (Heb. 12:6-8).”

God chastens all his children. “No chastening for the present seemeth to be joyous, but grievous... (Heb. 12:11).” Our “fathers of the flesh…chastened us after their own pleasure… (Heb. 12:9- 10).” The Scripture not only condones physical chastisement but also promotes it as a means to holiness—when administered for the son’s “profit.”
If God’s love is expressed by the “scourging” He gives, then can we not love our children enough to chasten them unto holiness? I heard one rebellious teenager longingly say, “If they only loved me enough to whip me.”
Recently, a mother told us that after cracking down on her children with consistent use of the rod, one child thanked God for making his mama sweeter. The increased spankings had reduced disobedience, causing the child to be more in harmony with his mother. He interpreted this to be a sweeter mother, for three spankings a day are much less stressful than fifty scowls of disapproval. So we see that it is God’s love for us that motivates his acts of chastisement.
The rod allows the child to start over. It brings closure to the conflict and tension.

“Now no chastening for the present seemeth to be joyous, but grievous: nevertheless afterward it yieldeth the peaceable fruit of righteousness unto them which are exercised thereby (Heb. 12:11).”

A child that has been timely and properly chastened for his offense will be purged of his guilt and will feel that he has paid his due and that the court is satisfied. He will stop running, knowing that he is no longer a lawbreaker in jeopardy of the parental court or the court of public opinion. He will feel secure, knowing that his little universe is well managed, being run by the just rule of law. With all indebtedness paid and all guilt addressed, the child can start over, knowing that he is in favor with the authorities. “Correct thy son, and he shall give thee rest; yea, he shall give delight unto thy soul (Prov. 29:17).” The proper application of the rod will bring peace and righteousness to a child. David said of God’s chastisement, “Thy rod and thy staff they comfort me (Psalm 23:4).”
God commands parents to use the rod in training their children.

“Chasten thy son while there is hope, and let not thy soul spare for his crying (Prov. 19:18).”
“He that spareth his rod hateth his son: but he that loveth him chasteneth him betimes (Prov. 13:24).”
“Foolishness is bound in the heart of a child; but the rod of correction shall drive it far from him (Prov. 22:15).”
“Withhold not correction from the child: for if thou beatest him with the rod, he shall not die, Thou shalt beat him with the rod, and shalt deliver his soul from hell (Prov. 23:13-14).”
“The rod and reproof give wisdom: but a child left to himself bringeth his mother to shame (Prov. 29:15).”
“In the lips of him that hath understanding wisdom is found: but a rod is for the back of him that is void of understanding (Prov. 10:13).”

We do not believe God would command us to do something that is wrong. He has commanded us to chasten our children with a rod. When it comes to a choice of obeying God or the misinformed authorities, we must say with the apostle, “We ought to obey God rather than men (Acts 5:29).”
God represents himself as using the rod on his children.

“Thou shalt also consider in thine heart, that, as a man chasteneth his son, so the LORD thy God chasteneth thee (Deut. 8:5).”
“If his children forsake my law, and walk not in my judgments; If they break my statutes, and keep not my commandments; Then will I visit their transgression with the rod, and their iniquity with stripes. Nevertheless my lovingkindness will I not utterly take from him, nor suffer my faithfulness to fail. (Psalm 89:30-33).”
“As many as I love, I rebuke and chasten: be zealous therefore, and repent (Rev. 3:19).”
“For whom the Lord loveth he chasteneth, and scourgeth every son whom he receiveth (Heb. 12:6).”
“I will be his father, and he shall be my son. If he commit iniquity, I will chasten him with the rod of men, and with the stripes of the children of men (2 Sam. 7:14).”

And that servant, which knew his lord’s will, and prepared not himself, neither did according to his will, shall be beaten with many stripes. But he that knew not, and did commit things worthy of stripes, shall be beaten with few stripes. For unto whomsoever much is given, of him shall be much required: and to whom men have committed much, of him they will ask the more (Luke 12:47-48).”
Since God chastens his children and commands parents to do the same, to stand against it is to stand against God. Those who are philosophically opposed to the use of the rod are opposing God.
The Bible speaks of the positive virtues produced by use of the rod.

“Correct thy son, and he shall give thee rest; yea, he shall give delight unto thy soul (Prov. 29: 17).”
“The rod and reproof give wisdom (Prov. 29:15).”
“…for thou art with me; thy rod and thy staff they comfort me (Psalm 23:4).”
“For they verily for a few days chastened us after their own pleasure; but he for our profit, that we might be partakers of his holiness. Now no chastening for the present seemeth to be joyous, but grievous: nevertheless afterward it yieldeth the peaceable fruit of righteousness unto them which are exercised thereby (Heb. 12:10-11).”
“It is good for me that I have been afflicted; that I might learn thy statutes (Psalm 119:71).”

It worked in time past.
Fifty years ago, when the rod was standard procedure at school as well as at home, there were no school shootings, suicides, or disruptive classrooms. I went through 17 years of schooling in the nineteen-fifties and sixties and never saw one example of teacher disrespect. When a teacher said, “Be quiet,” everyone got quiet. Back then the board of education didn’t complain about too little money to control the students; the shop teacher made the boards and the teachers applied them to our backsides. We all knew that the words of the teachers were very serious indeed. They spoke with power, and it evoked fear in the reckless and self-willed. Under that discipline, children were happier and more secure.
Today’s politically correct approach to child training has now been tried long enough for us to know that it absolutely does not work. The proper application of the rod has worked for the nation of Israel and for Christians for the past 2,000 years. From strictly an empirical standpoint, application of the rod makes sense.
If a study of various children could be honestly conducted by objective observers, we have the utmost confidence that those who believe as we do and practice the Biblical application of the rod would by far have the best behaved, most emotionally stable, bright, and creative kids of any group on the face of the earth. As Jesus said, “wisdom is justified of all her children (Luke 7:35).”
If you knew us, if you spent time in our homes, if you spoke with our children and went with them into public places, you could not help but admit that our children are outstanding in every way. We are the best examples of parenting. If you remove our children from our homes, you should be aware of Jesus’ words, “It is impossible but that offences will come: but woe unto him, through whom they come! It were better for him that a millstone were hanged about his neck, and he cast into the sea, than that he should offend one of these little ones (Luke 17:1-2).”

38 comments on “In Defense of Biblical Chastisement, Part 1”