Filter by:
NGJ Magazine / Articles / In Defense of Boys—Again
Do you get our FREE Magazine? 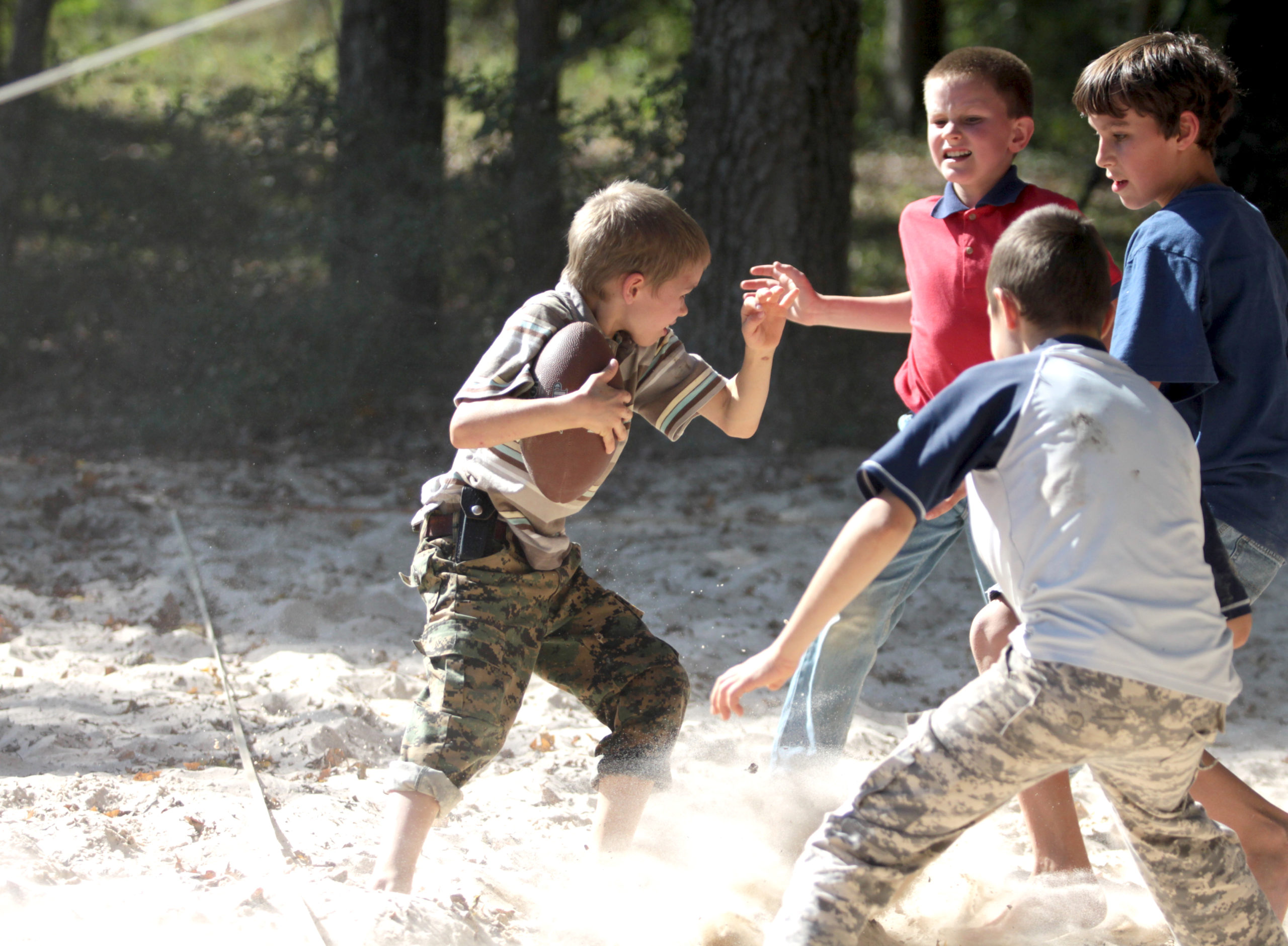 Dear Mr. Pearl,
In the last issue of "No Greater Joy," you answered someone's question concerning curing rowdy boys during school. Your answer seemed to be basically not to try to discourage it, but rather channel it. I homeschool my eight-year-old and I agree with your advice in this situation. However, you answer left me a bit confused, because your advice in To Train Up a Child is to expect complete compliance from children. One example in particular I remember being given is that of behavior during worship. You were comparing a mother who was continually having to stop and correct misbehavior to a mother who had trained her children to sit attentively at home. I have been trying to follow this advice, but the article on rowdy boys caused some doubt in my mind. Can you help clear this up?
Thank you,
CC

You are not alone. We have received several letters from confused readers. However, for every confused reader there were ten who found solace in knowing their boys didn’t have a Hyper Horrible disorder. I didn’t say that boys should be allowed to be disruptive or disrespectful in the classroom setting, but that due to their aggressive natures, they should not be made to endure long periods of inactivity.

I quote my article Rowdy Boys: “Provide release and expression for their boyishness, and do so with sufficient frequency and intensity so as to “decompress” them. That is, keep the classroom down to fifteen minutes, with work or hard play between times.” I did not mean to imply that boys should be allowed special dispensations of disobedience, that we should permit them to violate the rules. Rather, by understanding that they are different from girls, from men even, as teachers we should parcel out the times of concentration with intermittent periods of more physical expression.

Boys can be made to sit still for eight hours without squirming. But who wants to be the minister of suffering? Their learning curve goes down in proportion to the time they are made to be inactive. Our goal is not to test the strength of our discipline or the perseverance of your boys. We just want to educate them with the least amount of intrusion. Crushing and subduing childhood is not our goal. We want to channel their impulses and direct them to the most balanced and creative personal expressions.

I had sufficient control of my boys that I could have made them sit quietly in one spot until they dropped from exhaustion, but I never had anything to prove. When they stopped having fun, we did something else, we did it a different way, or we did it later.

The Chinese classroom is a noisy place. The children all read out loud together. If you will keep the home a fun place instead of a morgue or a concentration camp, the children’s souls will be growing while their minds retain a few necessary facts.

So I repeat, we are not suggesting that boys go unrestrained, but that we make allowances for their penned up drives to explode occasionally. Provide the time and the place, and you won’t have to try to continually cap Old Faithful.

When Dad's Away, Boys Need More Than Play

5 comments on “In Defense of Boys—Again”