Filter by:
NGJ Magazine / Articles / Instilling Hope
Do you get our FREE Magazine? 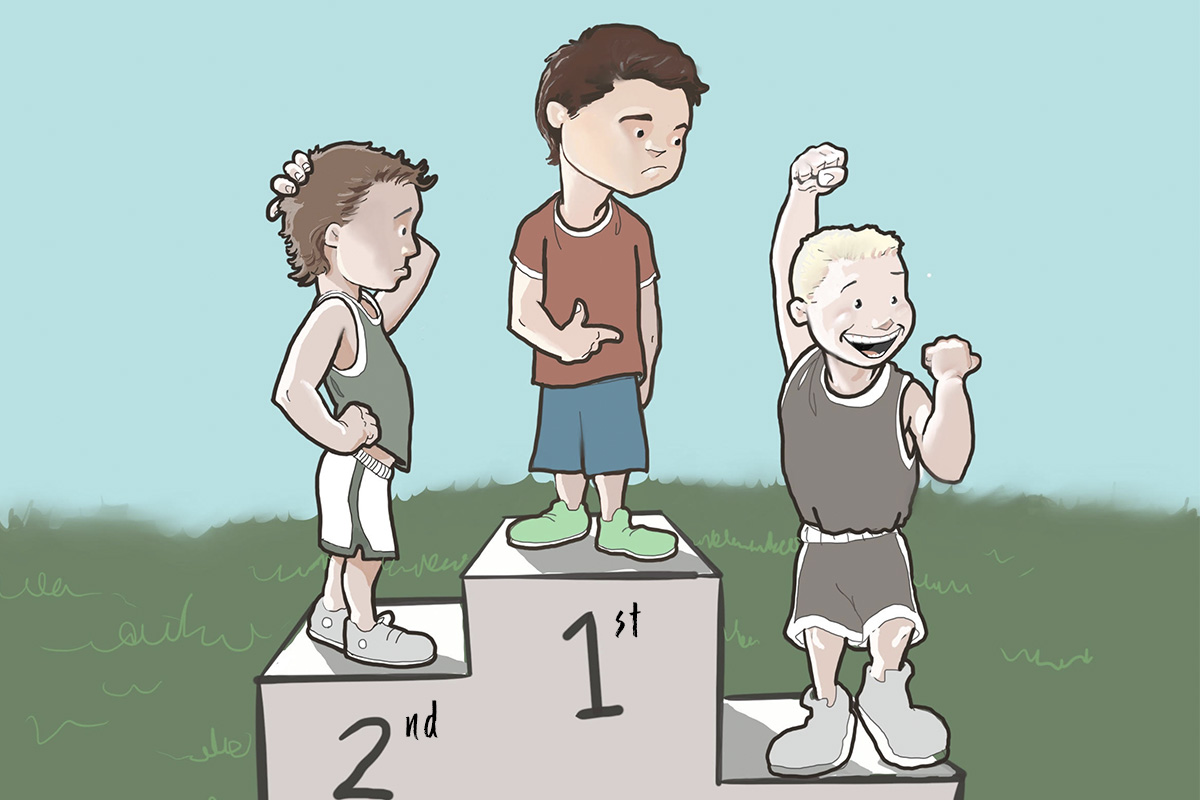 A little child without hope is a tragic life in the making.

It is tragic because it is unnecessary. Parents and caretakers communicate hope for a bright future by means of their words and actions. In those early, formative years, it is impossible that the child should feel different from his or her programming. Hope is caught more than taught. It is wiped away by criticism and rejection. I have seen too many dull-eyed or even angry children retreating or acting out due to their lack of hope. Often the child is from a split home where there is fighting, arguing, drinking, drugs, and indifference. But all too often I see lack of hope dulling the face of a child from a strong, stable home. A child who really wants to learn how to read, spell, or do math but just can’t understand will lose hope when they hear disappointment and criticism in their homeschool mom’s voice. Often it is something simple in a child’s life that has this profound effect of stealing away a child’s hope. A child without hope comes to think he is not worthy and capable, or maybe just not smart like other kids. It can be something very small and not noticed by the parents that strips hope away from a little one. Likewise something just as small can be the catalyst to produce a lifetime of hope and bright expectation.

Over the years we have received many letters from women who testify that when they were 5 or 6 years old some family offered to take them to church and have dinner afterwards. The letters tell a similar story of how a hopeless little girl got her first glimpse of hope as she watched and waited for that magical few hours to arrive each week when she would step into a whole new world in the company of an interested, relaxed human being that wanted to spend time with her. Often these women write of getting new dresses and having their hair put in a quick pony tail with a bow. Such small things can make a little girl feel beautiful. The women’s letters always included sentences like: “She gave me hope. I saw something outside my miserable little life. I felt valued, and I knew God cared.” I am sure there have been plenty of young boys who received such hope from a willing older man who taught them how to do carpentry or drive a tractor, but men tend not to write their stories.

A Church of Hope

Three years ago we were invited to a church in Alabama for a Valentine’s weekend for couples. Oh, you bet that was fun. Mike had a hilarious time of storytelling, since it was all adults and they wanted to be inspired in their marriages!

While we were there, the preacher’s wife invited me to her office so she could tell me about a program they were doing with inner-city kids. They passed out invitations at the junior high school (7th and 8th grades) to come to a meeting in the school gym in order to learn how to be a lady or a gentleman. A handful of 12-year-olds came. They told them that each week they would practice walking, talking, visiting, eating, and basically learning to be polite society people. It would be designed to get them ahead in the world. The next week many 12- and 13-year-olds showed up, and the week after that it was in the hundreds. Over the next few weeks they realized the kids needed better clothes to wear to understand what corporate America is looking for. They put out an ad for donations, then went around picking up nice suits, ties, shoes, and pretty dresses and heels for the children to choose from. Then they planned a banquet where the kids all dressed up and were taught how to eat properly, talk of educated things in a respectful tone of voice, and how to treat each other in public, with the boys opening the doors for the girls and the girls learning not to giggle or be silly.

In all this they included Bible stories and gospel messages. The kids were eager to hear of God as they saw his love in action. The church teachers taught the kids self-respect and self-restraint. They told stories of kids who had made it in the world and lived a pure life, married and kept jobs, and they reminded them of all the young girls who now had babies and didn’t even know who the daddies were. They kept reinforcing, “Decide what you want to be and be it. We will help make it happen.” The kids were given hope. They were told over and over, “If you want to get out of this pit, we will show you how. If you want to learn how to speak, we will teach you. If you want to make better grades, we will work with you. Tell us what you need; we are here for you.”

When Mike and I were there for the Valentine’s party, the school initiative program was only six months old, and the whole church was involved in helping one way or another. They had to have classes for the boys, as there was much to unlearn as well as to learn, including how to work and be dependable. The girls all wanted modest clothes and made commitments to avoid sex before marriage. Now they had a hope of something in their future other than pre-marriage babies and living off the government. I was so overcome with joy seeing the results of the program that I was ready to move in with these folks and lend a helping hand. I loved them. I still love them. It was true charity, true religion, true giving of hope to those who had little.

God calls himself the “God of hope.” When you know a living God who is the God of hope, then you have a fountain that will always be there for you to drink… but you must drink. You will also have a keen desire to share that fountain. “Now the God of hope fill you with all joy and peace in believing, that ye may abound in hope, through the power of the Holy Ghost” (Romans 15:13).

Some people rely on optimism, but it does not invite participation; hope needs us to step up to see a thing through. Basically, you can have optimism from the sidelines of the game, but hope is what you have when you are part of God’s team. Hope builds personal resource and knowledge in order to provide the tools to achieve an end. Optimism is often misplaced but hope has feet. God wants us to have hope; he wants us to trust him even when things don’t go our way. People who speak of being angry at God, disappointed at God for not intervening on their behalf, or hurt that God would allow the worst to happen are doing the opposite of trusting God. To know him is to trust him. You remember that when he sent the baby Jesus, the whole host of heaven’s angels delivered God’s message, “good will toward men.” He wants us to hope in him—a call to action. Hope is to expect with confidence. When things don’t go as we thought they should, those of us with hope simply acknowledge that our hope is in God and we trust him. We can grieve but not be cut down, and we can be confused but know clarity will come. We might lose our optimism but not our hope.

What a scary life without the God of hope! It would be hard for anyone who needs to find peace, help, self-control, or even a job unless they had hope. A child of God who has truly trusted the God of hope will be able to enjoy God even when outward circumstances are painful and difficult.

There are no expectations in life that are worth taking away a child’s hope. Reading, writing, and arithmetic are foolish endeavors compared to eternal joys, thanksgiving, hope, and charity. As you homeschool your children, be sure you keep this in mind.
I have often told my story of schooling. I am hearing impaired, but in my youth no one seemed to notice. I really needed eyeglasses but no one spotted this problem until I was 16 years old. School was like a blurry buzz of noise. How could a child learn in that environment? I stumbled around confused most of my youth. Yet when I was 13, the librarian, who didn’t need to fret about tests or classes, took me as her helper and she became my beacon of hope. She never gave me a paper to fill out or a test to take. For a mere 30 minutes or less a day, she read to me from all kinds of books and patiently helped me learn to read. She directed me to good reading material. Hope was born. An intense love for learning was stirred to life. I had a mountain to climb to reclaim seven years of schooling that had happened without me knowing what was going on, but I knew I could. She had given me hope, and this hope had built in me personal resources and knowledge. I had the tools to achieve the end. Hope has feet to climb.

George Herbert said, “He that lives in hope danceth without music.” Do you dance without music? Do your children? I sure do! I would that we all strive to build hope in the hearts of our children.