Filter by:
NGJ Magazine / Articles / It is Your Life!
Do you get our FREE Magazine?

It is Your Life! 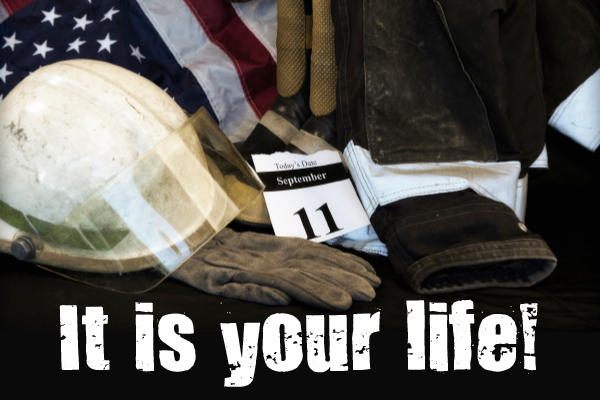 A while back, my youngest daughter was in an exclusive restaurant with a large group of business associates when she became aware of an unnatural stillness, broken only by an occasional whisper. Her antennae came up in alarm, so she asked the people at the next table, “What’s happening?” Someone shifted their eyes to a woman still sitting in her chair, blue in the face and struggling to breathe. “She has had an allergic reaction to some food. An ambulance is coming.”

This week another daughter, Shalom, was in the local dollar store checking out when a young woman came stumbling into the store holding her throat, “Help me! I can’t breathe!” The distressed woman’s face was blue and swollen. Shalom looked around and it appeared that everyone in the store had frozen. She forcefully said to the clerk, “Where is your Benadryl?” The check-out lady said, “We don’t have any.” Shalom responded, “Of course you do; this is the dollar store. Tell me which aisle.” The clerk seemed to awake. She reached under the counter in front of her and pulled out a bottle of children’s Benadryl. The sick lady took a big swallow and within a short time was breathing. She clearly still needed an EpiPen, but at least she had time to make it to help.

Several years ago, we stopped to check on a boat for sale. Mike started witnessing to the man who was selling it, who appeared mentally stressed. I will call the man Chuck. Chuck told us that on 9/11, he, his wife, and their crew were just a few blocks away from the World Trade Center. It had been seven years since the 9/11 event, so we were surprised he was still so unstable, that is, until we heard their story. Chuck’s crew was under ground running optic lines when suddenly there was total blackness. Thankfully, they all had flashlights. The elevators didn’t work so they climbed the steps, emerging into an entirely different world than was there an hour earlier. Chuck said, “It was as if the sky itself was falling. We didn’t know if we were nuked or what was happening, but we knew it was bad—really bad.” He yelled to his crew, “Get to the truck! We are out of here. FAST.” His wife was shocked. “But our tools . . . it is our whole livelihood! We can’t leave our stuff!” But he was already running to the truck. The road was a wall of vehicles all trying to escape. Smoke, debris, and dust made it hard to see. Horns, screams, and crashing noises made it hard to hear anything. A lack of knowing what had happened made it more terrifying. Chuck suddenly noticed that there was not one vehicle in the oncoming lanes. He swerved, bumping over the road divider to the other side. His wife screamed, “You are on the wrong side of the road!” He said he was amazed that even when their world was about to end, she was still concerned with following the rules. He yelled over the noise, “Today it is the right side, the only side.” This one point made a strong impression on both of them: Even in the midst of life and death, she couldn’t see beyond following the rules.

As I reflected on these episodes, I realized they could be parables that lend wisdom. Most people don’t prepare for the unthinkable. They trust that someone else will take care of them—family, government, police, medical personnel, banks, etc. Most don’t want to waste money, time, or energy on something that might not happen. Remember the five foolish virgins of which Jesus spoke in the book of Matthew? In the back of their minds, they expected all would go well, and if not, someone would come to their aid. Folks are like that today, but they will discover that is a bad plan. Most people avoid making a scene even if it is necessary or the right thing to do. Most people would just politely sit and wait for an ambulance that might arrive too late, or stand frozen until someone else does something. And like the thousands of people who sat in their cars as the towers fell around them, most people would never drive on the wrong side of the road.

Many have sat by as Lady Liberty has turned blue in the face. One lone ranger came to our rescue and has fought hard to save our great land. Thank you, President Trump. With the burnings and lootings and government encroachment upon our God-given freedoms, the dollar store folks have been forced to see that our very breath is being squeezed out of us. It is time for the timid to react instead of just sitting frozen. VOTE even if your life is threatened. Soon there might be other events that change everything in your life. Have a plan. Prepare well. Don’t wait on others. It is your life and your responsibility.

...And Raymond begat Jubal, and Jubal was a mighty trapper in his day.