Filter by:
NGJ Magazine / Articles / Laying Down Habits
Do you get our FREE Magazine? 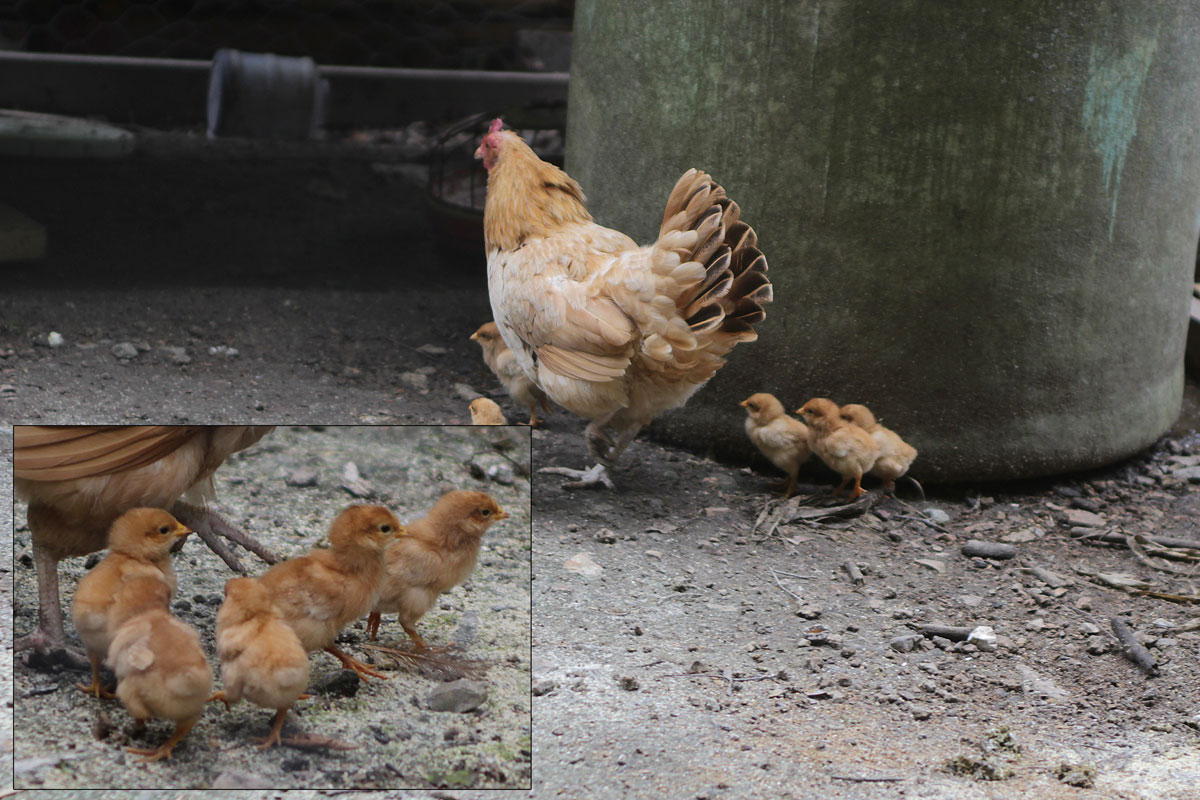 You might consider chickens to be on the lower end of the intelligence scale, though on the upper end of preference in the food chain. And you may be right; but as dumb as they are, they can still be trained. Like your children, chickens develop habits. Whether the habits are good or bad depends on their keeper. You are wasting your time to get mad at a flock of chickens. If you run at them shouting, they just squawk and scatter in as many directions as the number of drumsticks divided by two. They can not understand your words, so you are wasting your time fussing at them. When you bawl them out, they just look up from their constant pecking the ground to see if you have any old corn bread. If not, they go back to eating dirt. After having chickens for quite a while, I will admit they are not much more intelligent than a peanut butter sandwich, but they can be trained.

Chickens were created by God to provide farm fresh eggs. Regardless of what the experts say, it is their contribution to breakfast. Most of the time chickens are kept in a small pen. You don’t want them laying eggs all over the ground. Therefore, when you build a chicken pen you make several nests for their egg laying. The chickens like privacy when laying eggs, so early every morning they seek out these little elevated boxes with the soft straw. There, now you have trained the fowl creature to lay its eggs in a certain place. With forethought, you have caused a good habit to develop. But if you are careless you can untrain them.

Late in the day, farmers open the chicken coop door and allow the expectant egg layers, and one rooster, out into the yard. They learn to anticipate the time, and will stand in a group waiting to be released. The rooster runs out first to clear the ground of any intruders, but if it is a chicken hawk or stray poultry-plucking dog, he stops being a rooster and becomes just another chicken. Even stupidity has its limits.

Chickens generally lay their eggs early in the day, so you make sure during that time they are in their pen close to their nest. If a chicken that has been released onto the yard feels a need to lay an egg, they will return to the nest — as long as it is convenient. However if you consistently release the chickens before they have laid all their eggs, and they stray too far from the nest, they will develop the habit of laying their eggs on the ground. Once this practice becomes a habit, even when put back in their pen they will stop climbing up to the nest and will continue laying their eggs on the ground.

My wife has a big heart when it comes to her chickens. All I have is a big stomach. The chickens learned to recognize her as the one who releases them. When she passes their pen early in the day, they take advantage of the opportunity to play upon her tender emotions. The rooster will lead the hens over to the door where they will stand bunched up like pitiful refugees waiting to be released. To satisfy her own need to show pity, Debi began a process of turning them out earlier and earlier. Then we started finding eggs in the yard. This forced my wife to ignore their pitiful manipulations and leave them in the pen where we would have all our eggs in our one basket.

Well farmer, you have trained and then untrained your chickens. They started off with good habits and ended up with habits that destined them for a dumpling retirement. It won’t do you any good to get mad at the dumb clucks for laying their eggs on the filthy floor. It will do no good to shame them and scream, “Don’t you even care?” It will not help to force a comparison with the neighbor’s well trained chickens. And it won’t help to have more chickens if you haven’t learned anything.

Now thankfully, your children are many times more intelligent than these chickens, and it is much easier to break them of bad habits. Although, they are much better psychologists than the pitiful chickens. Who is in charge of your children farm, you or the chicks? Your pity is not to the benefit of your child. It only feeds their desire to gain further control. Sit down and think about it; arrange circumstances to make the good habits convenient and the bad habits inconvenient. Persevere until the desirable action becomes ingrained, and then maintain order so the good habit is always the convenient thing to do.

By the way, switches and rods make many things mighty inconvenient.