Filter by:
NGJ Magazine / Articles / Learning to Share
Do you get our FREE Magazine? 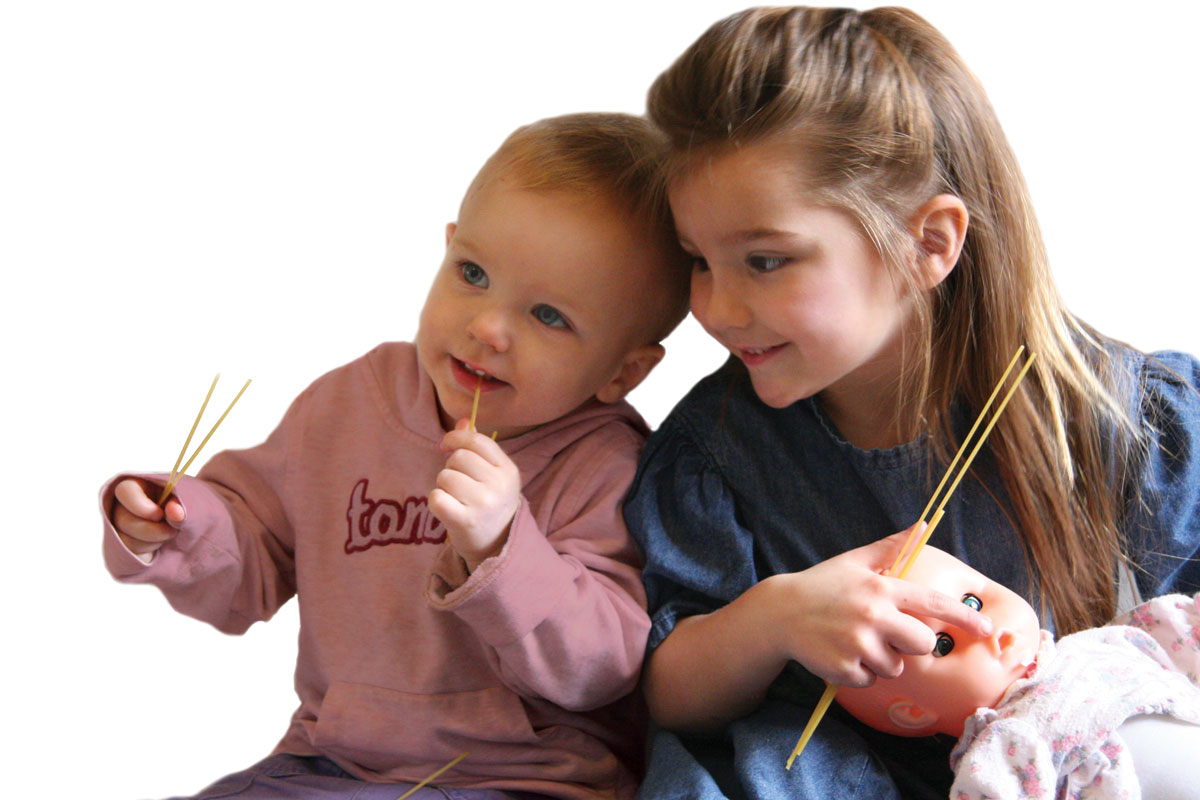 One day last week as I was cleaning the NGJ kitchen, I looked out the window to see my two girls heading to the herb pond.  Running out to the porch, I hollered to them to go back to the swing set where I had left them. Gracie, my four-year-old, quickly turned and headed back, but Laila, my ever-adventurous 16-month-old, kept on going. Her mind and heart were set on making it all the way to the pond, no matter what the cost.

Not wanting to run all the way down the hill to where they were, I yelled to Gracie to go back for her. Gracie began to pull her back, and Laila pulled the other way. I yelled down to Gracie again, “Get behind her and give her a love pat.”  This only made Laila more determined to get free of her sister, and she fought all the more to get past. Gracie tried again to pat her on the bottom, but Laila was not going to have any of it. “Pick her up and carry her!” I finally ordered. Gracie was able to carry Laila half-way across the yard before she began screaming her protest. As I started to walk that direction, I saw Laila kicking Gracie to get free, and down they went!

Both of them, at their wit’s end, could be seen rolling around on the ground fighting. I was laughing so hard by this time that I was having a difficult time being strong enough to discipline Laila. Tremaine, who works in the shipping department, came out the door laughing, for he, as well, had been watching them from his window. Not knowing I was on the porch above, he could not figure out why they were struggling. So, for all of you out there who have ever wondered if Mike Pearl’s grandchildren ever get mad, there it is.

My girls are best friends and enemies at the same time. They can play like champs together, and the next moment be fighting like cats and dogs. When Laila began to get around and play like a kid and not just a baby, Gracie started to play the first-born card. “I don’t want to play with Laila; she’s in my way. She’s knocking down my blocks,” and on it went. I don’t blame her, though. I would not want to play with an uncoordinated wrecking machine either, living at the same time, in the same house, and being together all the time.

But I wanted Gracie to learn to be tolerant. I wanted to get Gracie to the point where she wanted to play with Laila, and do it without constantly fighting over this or that. So, after some thought, I began to tell Gracie, “That’s fine; you don’t have to play with Laila, but you have to go to your room and play if you want her to leave you alone. Laila will stay with me.” Off she would go to play in her room. Then, with great enthusiasm, I would begin to play with Laila. Gracie never lasted more than three minutes on her own; she would come out to tell me she wanted to play with Laila now. After about five times of my sending her to her room to play, she very rarely says anymore, “I don’t want to play with Laila.” That does not mean they don’t still have their moments, but at least Gracie has learned that it is better to have a little sister in the way than to play by herself in her room. This will not work with all kids. Some would be glad to be by themselves, but Gracie loves interaction with everything that is happening.

They share a room, and Gracie, being three years older, has things she does not want Laila to touch. So, to keep the peace, I set the closet up to be Gracie’s special place. I put a small shelf in the bottom of it, and all the stuff that she does not want Laila to touch goes on it. Laila is not allowed to go into the closet. She knows that it is off limits. Gracie will sometimes invite Laila to sit with her in her special closet. Laila knows this is a special thing, and she is always very thankful. They both sit there smiling from ear to ear, both knowing that life is better when they’re playing together and willingly sharing.