Filter by:
NGJ Magazine / Articles / Learning To Train - Not To Parent
Do you get our FREE Magazine?

Learning To Train - Not To Parent 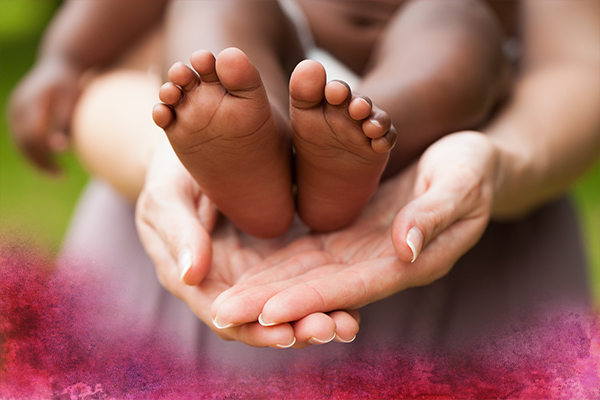 Twenty-one years ago, my husband and I adopted our first child. At the time, we were not the typical adoption family. Many couples go through a lengthy period of trying to have children before grieving the loss of hope and turning toward the option of adoption. Because of a trauma in my husband’s early childhood, we knew before we were married that adoption was our course of action for a family. We went through pre-adoption classes and decided to adopt from Vietnam. The adoption process took nine months. We came home Christmas Eve with a beautiful five-month-old baby boy.

Overall James was a happy, easy-going toddler. He was adorable and won over everybody he came in contact with. I loved being a mother. James made it seem easy for the first year. I felt confident in my parenting skills since I had helped care for my four younger siblings while growing up. It wasn’t long, however, before I became aware that being an older sister is not the same as being a parent. As James approached two years old, I began to believe in the “terrible twos” and realized I needed help. I reached out to older ladies at church and asked lots of questions about how they had parented.

A friend heard I was searching and gave me a book from an author I’d never heard of. It was called To Train Up a Child. I read and reread the book. The idea of child training versus teaching was new to me but made a lot of sense. I hadn’t realized the difference before. I started experimenting with some of the training concepts and was surprised. They worked better than I thought possible. I saw that No Greater Joy also offered videos of conferences where they taught on biblical child training. I ordered them, and my son and I would sit on the couch and watch them together.

I began to realize that I was the one who needed training first. It was my job as a parent to watch over my word and keep it. I began to look for ways to train. As I practiced this new skill, James would grin because he knew what was coming; we were training. It was like a game to him, and we had a lot of fun with it. “Run to the bathroom, bring me a piece of toilet paper, then go and place it on the kitchen table.” It really didn’t matter what I said, since it was his obedience to my word that we were practicing.

Of course, training has an end purpose: to prepare. It was also my duty to recognize and identify skills my son would need and to train him in preparation ahead of time. One night as I was cleaning off the table after supper, it occurred to me that eventually I would want James to be able to clear his own dishes himself. I also felt quite certain that, later on down the road, his wife would be thankful for a husband who cleaned up after himself in the kitchen. I handed his plate to him and asked, “Are you able to reach and put your plate up here on the counter?” It took some effort on tiptoes, but he managed it and was quite proud of himself for doing so. I complimented him and tucked away the information for the following day.

After eating breakfast, we said a prayer like we always did before getting up from the table. This time, however, I showed him how to take his plate and silverware over to the counter. I praised him and then promptly brought the place setting back to the table. “Let’s try that again!” We sat down, prayed, and I again helped guide him through taking his plate to the counter. I wanted to connect the known (our prayer) with the new (picking up his plate). We cycled through this a few times for breakfast and then for lunch. By supper, I bragged to my husband, “James learned something new today! He’ll show you after we pray.” With a big grin and an air of importance, James climbed down from his stool, gathered up his plate, and successfully planted it on the counter. Within a week, James needed no supervision from me at all. He is now taller than me and still taking his dishes to the sink and soaking them.

A significant difference I noticed after I began to train was the decreasing need to discipline and punish. I was no longer facing the “terrible twos” but was enjoying the “terrific twos.” James and I did a lot together and had so much fun and sweet fellowship while training. When something needed to be addressed, it was no longer a long, drawn-out battle but was dealt with quickly with a hug and a prayer following, restoring fellowship immediately afterwards. Sometimes, James would come and confess something he’d done and ask for a spanking. Afterwards, he’d cuddle in my arms and thank me.

I had no idea such fellowship existed and marveled at the change in my son from the intentional acts of training. I had been raised with an overbearing rod of punishment. As a result, I wanted nothing to do with the rod and was trying to parent without it. Through Michael and Debi’s teachings, I learned that the rod is an effective tool when applied correctly after proper training and within the scope of fellowship. It should never, never be applied while the parent is angry or as a substitute for training. This breeds resentful anger and further breaks down fellowship.

We continued to train, from getting dressed in the morning, to learning manners, to conducting himself in respectful habits out in public. Older people loved to see a toddler who would speak to them without being shy, and James drew smiles from everyone as he’d respond with a smile, “Yes, please” or “No, thank you.” He got along well with other kids, both his age and those who were older or younger than he.

I loved James’s heart of obedience. It blessed my soul to watch him walk in wisdom at such a young age. He wanted to please me, and he loved receiving my praise for his good behavior. Proverbs 16:21 says, “The wise in heart shall be called prudent: and the sweetness of the lips increaseth learning.” I loved the sweet fellowship we walked in, and was especially thankful for the fact that it was not a put-on show while out in public but flowed from our home life.

From this new basis, I began to have James help out with things long before he was actually able to be very useful. I took Michael Pearl at his word that it was an investment that would later pay in dividends. James began “helping” me with sweeping, dishes, laundry, dusting, cooking, baking, gardening, weeding, yard work, creative projects, and odd jobs. Everything took me longer at first, as I’d explain, demonstrate, and teach as I went. Not only did James learn new things and the time spent together strengthened our daily ties of fellowship, but he was also gaining new skills and forming healthy habits while these things were considered fun, new, and novel to him.

He was preparing to be a very helpful older brother, and Michael was right: the investment paid off. There were several years of investment, followed by several years of his holding his own. Now, I am benefiting from the investment as he comes home from college and helps around the house, lightening my load as I have returned to school as a full-time student myself. Another benefit is knowing that my investment will go on to bless his wife one day. I often asked the question as I worked with him: what might his wife appreciate some day? What might his family appreciate from him? The more I could sow into him in the younger years, the more habitual it would be for him. “Train up a child in the way he should go: and when he is old, he will not depart from it,” (Proverbs 22:6).

I’m thankful for the book that landed in my lap when I needed it most. I put it to the test and its biblical truth and wisdom proved its worth. It helped prepare me for the next addition to our family through adoption, when my husband and I suddenly found ourselves outnumbered three to two, with three children under the age of three.

Watch for Wanda’s next article where she shares some of the challenges and victories in her family’s continued adoptive story.

The Flavor of Joy

The Folly of Fairness

One comment on “Learning To Train - Not To Parent”