Filter by:
NGJ Magazine / Articles / Lifestyle Homeschooling
Do you get our FREE Magazine? 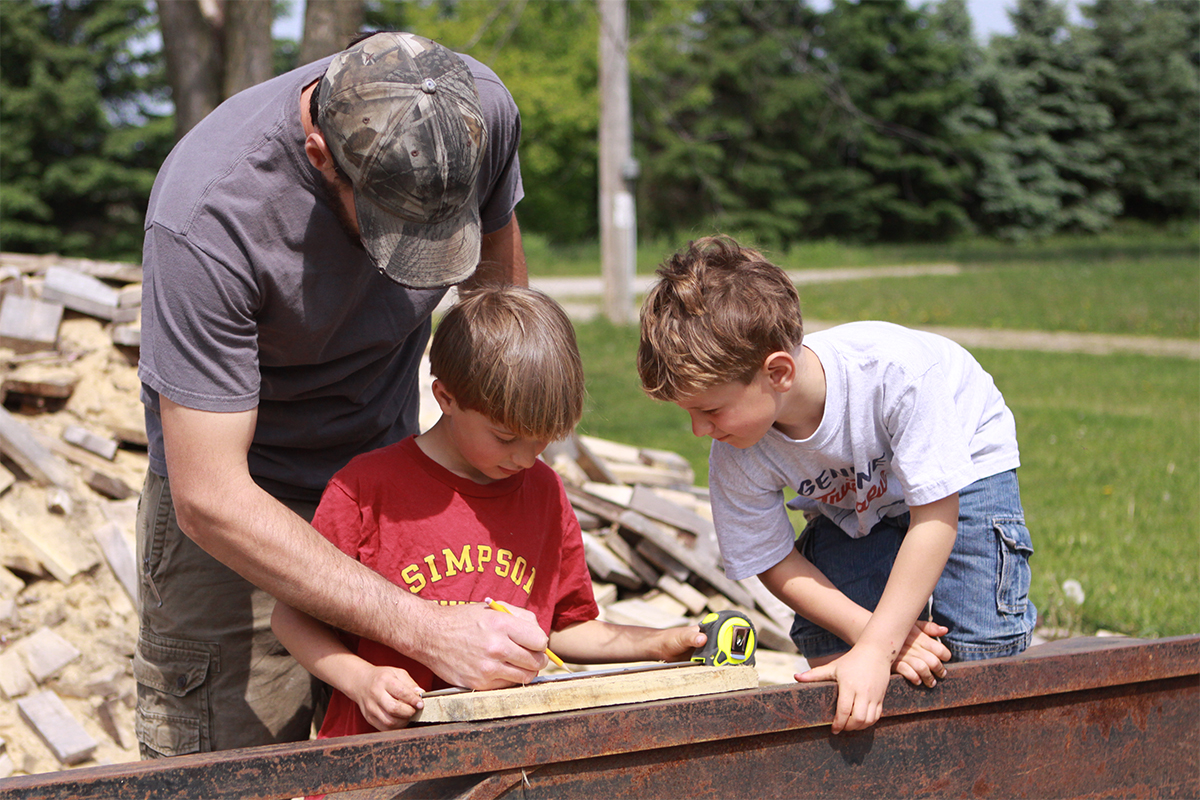 My little buddy Jeremiah, now 12 years old, has been by my side most of the week, helping in significant ways. Just yesterday we were cleaning up the shop (he loves to organize things), and his job was sorting the many wrenches, sockets, and ratchets. For you mechanically illiterate dummies, those are the tools used to work on automobiles and the like. When I told Jeremiah to put the metric tools in one drawer and the standard in another, he inquired as to why they made two different kinds. Now, at the time I didn’t think of it as homeschooling, but later in the evening as I was telling Deb about it, she observed that it was a quality learning experience for a 12-year-old.

I explained to Jeremiah that throughout history different people groups developed their own methods of measurement. The US adopted the British method of feet and inches. Most of the rest of the world uses the metric system. The discussion moved to 24-hour days. And then we talked about why the circle and the earth itself are divided into 360 degrees, and each degree is divided into 60 minutes, and each minute into 60 seconds. Navigation universally employs degrees, minutes, and seconds.

Twelve inches makes a foot, denoting the length of the average man’s foot. Feet and inches, yards and acres are derived from the English. A yard is the distance from the end of the king’s nose to his thumb on his outstretched arm (must have been a tall king). A yard (36 inches) is the average girth of a man around the waist—my own belt size. A yard is also the length of stride of an Englishman walking briskly.

Wanting to know more about the 360-degree circle, we later resorted to Google. Not long after creation, earliest man in the Mesopotamian valley (modern Iraq, in the area that comprised the Garden in Eden) observed the annual track of the sun and the 30-day lunar cycle and assigned 360 days to a year (twelve months of 30 days each). Subsequently, the circle of the earth was divided into 360 days or degrees. Yes, they were aware that there were 365¼ days in a year (365.2422 to be exact), but they chose to round it off to be consistent with geometry as did the Hebrews later on, adding a thirteenth month when necessary to keep the seasons consistent.

After the Tower of Babel dispersed men into different languages and people groups, those who would come to be known as Egyptians employed the 360-degree division of a circle in their geometry. The Egyptians built with many triangles—the pyramid for example. As any kid with a compass will discover, the Egyptians were aware that six triangular slices of 60 degrees each equal a complete circle of 360 degrees. No doubt, when time was first recorded on a sun dial (a circle), it made sense to divide hours into 60 minutes and minutes into 60 seconds. So we can see that the 360-degree circle is suggested by physics itself, and the division of each degree into minutes and seconds (a second being the average heart beat and the most restful rhythm for music) are suggested by nature itself.

However, I could not tell Jeremiah the origin of the metric system, so we looked that up too. Together, we learned that the Chinese, Arabs, and Hindus each had their own measuring system. In the 17th century, the French developed the metric system to be more compatible with math and equations. Calculations in the metric system can be performed simply by shifting the decimal point. Thus, the metric system is a decimal (base 10) system. The length of a meter was derived by calculating one ten-millionth of the distance between the equator and the North Pole, which comes to exactly 39.37 inches. Anyone who has ever tried to use a calculator, or pencil and paper, to compute feet and inches has run into a wall of difficulty that is best resolved by resorting to the more convenient metric system.

Jeremiah and I learned together. That is the way my sons and daughters were homeschooled. They spent a little time in a classroom setting when they were four to eight years old, but by the time they could work outside, most of their education came from life experiences and inquisitive minds. Today our five children are between the ages of 33 and 43. They are able to discuss most any subject with most any professional on most any topic. This time next year that “most any topic” will be larger, as they all continue to learn. The advantage of lifestyle homeschooling is that you never graduate. It becomes a way of life. Every year advances you to a higher grade.

I cannot overemphasize the broad value of learning with your kids and grandkids. You are never an old fogey if you are learning. You remain interesting to the kids, and you become their favorite source of knowledge and wisdom. We might call this “tying strings of education.”

You can’t be too ignorant to homeschool. It is not how much you know; it is how much you are learning. You don’t need to communicate great things; you just need to communicate the joy of learning. Don’t stand off at a distance while your children pencil in the answers to irrelevant questions, bored to death, looking forward to the day they can cease schooling. Make education a lifestyle the whole family shares.

What Curriculum Do You Recommend?

Gearing Up for Homeschooling