Filter by:
NGJ Magazine / Articles / Little Mikey Makes a Wise Choice
Do you get our FREE Magazine? 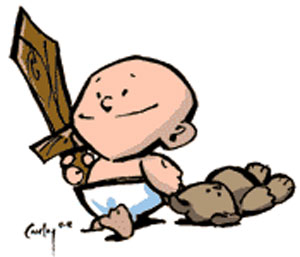 One day when Mike Pearl was a little boy, he was out playing with his friends. As they were walking home, one of the boys picked up a rock and threw it at a window. They thought watching the glass shatter was a lot of fun. All the boys laughed and started picking up rocks to throw as well. Little Mikey told his friends that what they were doing might be fun, but was wrong, and he hurried home. Mike chose to honor his dad and mom rather than dishonor them. Mike Pearl’s dad had never told him not to throw rocks, but he knew in his heart it was wrong, so he walked on. There are times that you will need to keep walking and not follow your friends’ example, even if it looks like fun. If you learn to make a wise choice now, then the rest of your life choices will be easier.

The Return of the Volleyball Bawler

The Job of a Lifetime

When Dirty Diapers Land on Your Head

One comment on “Little Mikey Makes a Wise Choice”