Filter by:
NGJ Magazine / Articles / Mama’s Excuses
Do you get our FREE Magazine? 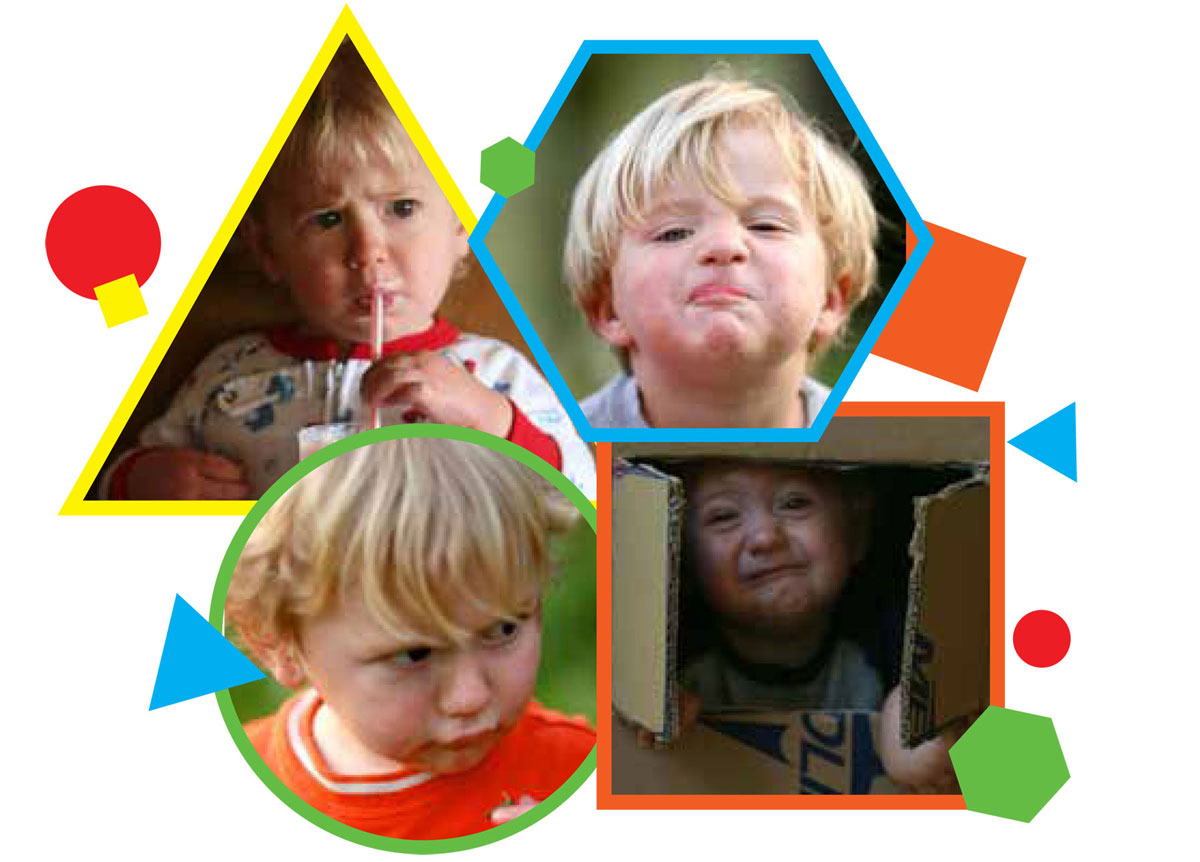 “My little man missed his nap today and that is why he slapped your Johnny. When your Johnny started screaming that he was hurt, it upset my boy so badly that he threw your cup and broke it, but he didn’t do it intentionally. Besides, he was just upset that it was empty and he doesn’t yet understand how to ask. This whole thing was just a misunderstanding. He is normally such a sweet child, but doesn’t do well around so many new people. He is shy, you know, and his way of showing his feelings is pitching a fit. Well, it’s not really pitching a fit; it is only that he loses control of his emotions because he is so emotionally high strung. I read about high-strung children being uptight and often explosive, and not knowing how to direct their feelings. I think he must be overly bright. His aunt is, and she has to use medications to help her relax. I do not believe in Ritalin, but I know there are some brain disorders where such drugs are necessary, and my doctor said it might help my sweet child to relax. Being emotionally volatile runs in the family, you understand?”

“Are you having peas for dinner? I am so sorry, but could you fix something for my little man? He is so sensitive to textures and just can’t swallow peas. No, really, he will choke to death before he can swallow them. Poor little guy. He gets so scared when he chokes that he screams for hours, and I never like to upset him.”

“Please don’t shut the door; he likes to always be able to see his mommy. We are so close. Oh, here is mama’s boy now. He is hungry now and can’t wait for dinner. I think maybe he has a touch of low blood sugar, and he just gets frantic when he’s hungry. No, he does not like applesauce, it is mushy. I told you about that, how he gets choked, remember? He wants a peanut butter cookie. I know you planed on having the cookies later, but one little cookie will not make any difference, and his sugar level seems to know what he needs.”

“Please forgive him, he did not hear you tell him to pick up his cup off the floor, or maybe he did not understand. He is only three years old, and when a request is made out of context he can’t understand. Besides, he is easily distracted and simply forgets what you told him to do.”

“I would put him down for a nap, but he can’t go to sleep unless I am lying beside him, and it is noisy in here. Noise upsets him. My mother was like that. She is dead now, but she would stay awake for days if there was any noise. I told you he missed his nap, and I think there is a good possibility he is cutting a new tooth. It bothers him. He bit one of the babies at Church this week. I tried to tell the mother he did not mean to hurt the little thing; it is only that his mouth was hurting him, and he was distracted with all those children. As you know, he does not do well with big crowds.”

“Oh honey, don’t hit. It hurts Mama’s heart to see you hit someone. I am so sorry he hit your Johnny. He thinks it’s unfair that Johnny gets the best toys. At MY house I try to let the youngest visiting children have the best toys, but I guess YOU do not have that rule—the golden rule, you know. Yes, I know I did not do it last time you were there, because my boy was just too young to understand, but I have decided to do it from now on. Anyway, he is so young he can’t understand why Johnny’s toys are not his. He is not capable of understanding sharing yet. He is too young. He gets so stressed. Not mad; just stressed when he thinks the other child unfairly has the best toys. He has such a high sense of right and wrong. I really hate to explain to him about the toys being Johnny’s, because he gets so depressed when he realizes that he is wrong and has to give up his toy. I know it is just a stage he is going through.”

“You know, I have heard that really smart people tend to be moody, and he is given to depression. I have that problem as well. When he is tired or hungry, sometimes I can tell he has a headache and it makes him irritable. I bet he has a headache right now. If he really gets disappointed about something he holds his breath. I am afraid he will die right there just because some child was too selfish to share with him.”

“That lady at church that leads the little boys’ class avoids my son, and I can tell she does not like him. He is so sensitive and he knows when someone thinks he is bad. It is not fair. He told me she did not give him a cookie last week, and she gave one to all the other boys. I asked another little boy and he said that only the boys that picked up their books got a cookie, but I knew she did it just to hurt him and make him feel rejected. In fact, he plays by himself more and more because people seem to pick on him.”

“Kids are so cruel these days. My son feels like no one likes him, and I believe he is right. And the other lady would not let him go with the five-year-old boys’ class last week. He told me how the other children are mean to him and it just breaks his heart. When it is my turn to keep the younger boys, I make them play the games my son likes. The only time there is true justice is when I am in charge and see to it that the other boys play nicely. He loves it when I am there. We are so close.”

“He has such a strong will, like his daddy; he finds it very hard to give in. Most children with average IQs just blindly do what they are told. With his good mind, he has to think things out before he decides to obey. That is the reason he shut the door when you told him not to. And you heard him; he does not obey anyone but his mama. I thought about teaching him to obey others, but I am so afraid some stranger might take advantage of him. Of course, he might not have understood what you meant right then. He is too young to understand the now and later thing. He did not mean to disobey or shut it on your baby’s hand. It was an accident. He is so easily frustrated because he expects so much of himself, and since he’s so sensitive he can tell others are displeased with him. He needs people, especially ladies like you, to really like him so he can feel good about himself. His daddy does not take time with him like he should. I try to make up for his daddy’s lack of interest, but no one can take the place of a good father, even a mother who is as closely bonded as we are.”

“No, please do not think he lied to you. He would never intentionally lie. He misunderstood what the children were doing. You can see by the intense, earnest way he is looking at you that he could not be lying. No child could look you in the face so innocently and be lying. He is not old enough to understand such duplicity. I can always tell if he is guilty. I know most mothers cannot because they are not as attuned to their children as I am to him. He tells me everything, and I mean everything. He tries to not say bad things about the other boys, but you should hear some of the awful things the other children do or say, and he says they make ugly faces behind my back. It is disgusting. I cannot go to the other mothers and tell them what my son told me that their children do. They would not believe it. But he does tell me everything and that is the reason I know he is telling you the truth now. I can tell. Trust me.”

“I have to go. My husband is home and he will wonder where we are. No, darling, those are Johnny’s toys. Put them down. Do not pitch a fit. He’s not really pitching a fit, he is just expressing his disappointment, and he is so high strung emotionally that this kind of upset makes him lose control. The other day he was embarrassed because a lady talked to him and he had a fit, well, not really a fit, but lost control. People need to understand that raising one of these highly intelligent, emotionally volatile children is totally different from raising regular children. Would you mind so much if we just took one little toy home, well, maybe two little toys… OK honey, three toys home with us? I will be glad to bring them back in a day or two. There is no sense in upsetting him. Asthma runs in the family and stress often brings on asthma. If he gets the toys, he will settle down at home. He plays better by himself. Oh, by the way, he wants to take the applesauce to eat on the way home. He thinks he likes it now.”

“No, thank you. I know you feel strongly about that book, but I read it and so did my pastor, and he says it is too harsh. Yes, I know that the pastor’s children have gone to the devil, but that is just it. The pastor says the reason his grown children are in such sin is because he was too harsh on them. Yes, I know his younger children are little terrors; everyone knows that. But he says when you lose one you lose them all. He says the Pearls try to train children like they were animals. We all know that our children have sinful natures, so what good does it do to try to train them before they can understand? A child so small should not be put under the emotional stress of having to obey. I tried it for a few days and it just made my son mad. I love my child and want to nurture him. If I spanked him for every disobedience, I would be spanking him all day long. I know your children are gentle and obedient, but your children do not have the same temperament as mine. I want my child to be close to me, to bond with me.”

“Anyway, I am sorry, but I must really be going. My husband will already be at church, and our pastor is having a meeting for all the parents with small children. We are going to have to make some changes in the children’s church. You know how it is when you get a bunch of children together. I think we should spend the money to get better videos, something that will hold their interest. What do you think?”