Filter by:
NGJ Magazine / Articles / Marriage Good Will
Do you get our FREE Magazine? 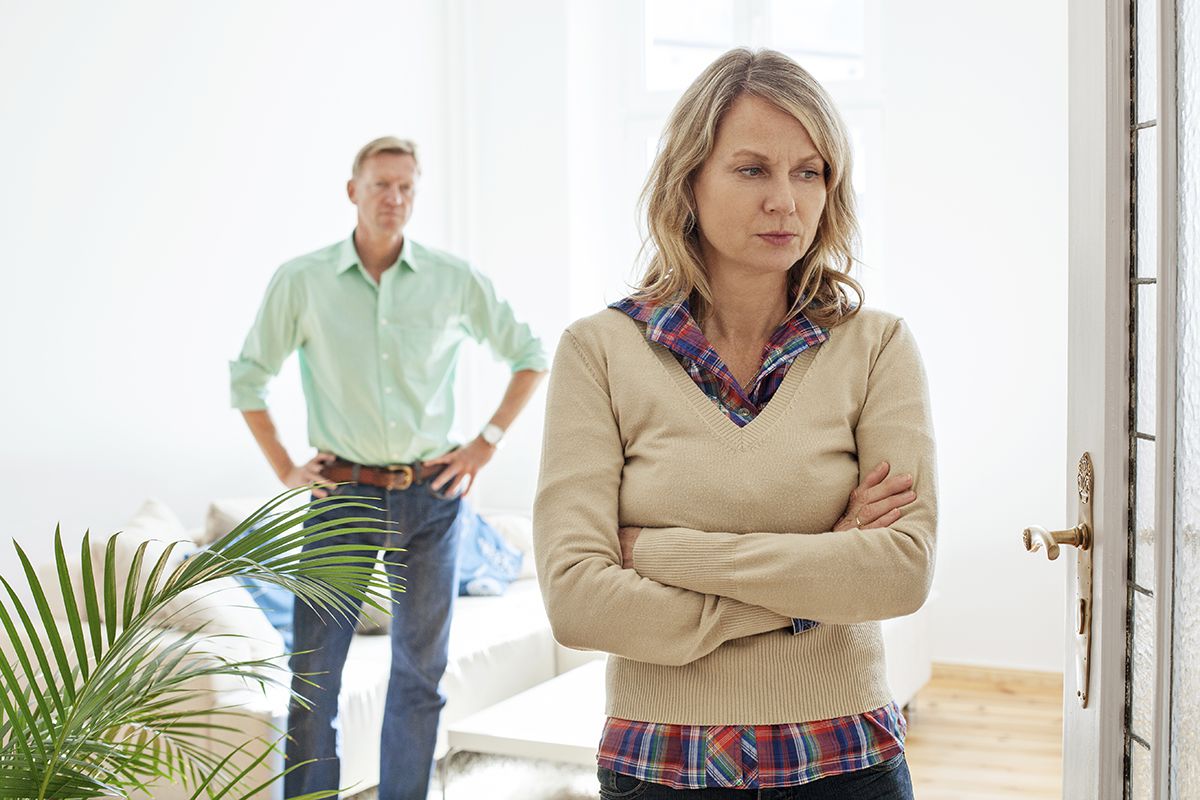 Researchers have pondered the great social dilemma of failed marriages and broken homes. What are the root causes? Many theories have been advanced, but after much research the consensus is profoundly simple. By observing couples as they react to one another, researchers have been able to identify problems in marriages and even predict with a great deal of accuracy the future of a relationship.

Many marriages fail due to the lack of good will. A relationship is only as stable and productive as the good will of both the husband and wife.

Functional magnetic resonance imagining brain scans reveal the differences in male and female responses to the words and actions of their spouses. Even subtle differences are manifested as researchers observe the area of the brain that lights up on their monitors, identifying cerebral responses. Anger, fear, irritation, anxiety, confusion, jealousy, resentment, etc. are processed in given regions of the brain. An FMRI (Functional MRI) reveals more to researchers than the individual knows about himself.

One study involving a test group of sixty couples documented the differences in the way men and women respond to the same situation in a marriage relationship and how those different responses affect their marriages. In this study it was interesting to note how most women were irritated by habits that are common to most men. All the women judged their husband in some degree guilty when he drove aggressively, swiveled his head to look at a woman walking down the street, hogged the bathroom sink when both were brushing their teeth, forgot to wipe his boots off when coming into the house, neglected to put the toilet seat down, and many other dumb-man habits. It would appear that wives everywhere evaluate husbands with words such as: self-centered, selfish, rude, clueless, a clod, focused on one thing, etc.

When the women of the test group read the results, discovering that all the men by nature are basically the same, they were challenged to reconsider their reactions. Why be angry at a man for being a man? A man’s brain is wired differently from a woman’s. I know from 45 years of counseling people that a woman knowing these facts about her man will make a difference in fewer than 50% of marriages. The other 50% are convinced that their spouse’s actions are a personal affront that must be met head-on.

Why do some wives take personal offense and others dismiss the behaviors as just dumb-man habits? Are some women just roll-over-and-take-it types? Are some women more patient and sacrificing? Are some men capable of cultivating thinking habits more sensitive to a woman’s needs? What is the difference in those that make it in marriage and those that don’t?

Dr. John Gottman, one of the ten most influential relationship therapists of the past quarter century, thinks he has found the answer. He studied a group of couples and documented their responses when “bidden” by their spouses. He uses the term bidden to define any appeal by the spouse that elicits a response. He then followed up six years later to see how the different habits affected the relationships. He discovered one amazing truth that enables him, to a great degree, to successfully predict which couples will remain together and which will divorce. The term he used to define the redeeming trait in a relationship was “positive bid.” He has created his own terminology, but his findings are amazingly consistent with biblical truth. We have known, and you have heard us say, that a good marriage is one that is filled with good will.

Second couple:
Nick says to his wife, Sue, “Hey, Honey, guess who won the game last night?” Sue responds, “Now, don’t tell me, because I want to guess. From your tone I would guess...YOUR team.” Upon questioning the two women at a later date, it was learned that neither wife had any interest or knowledge in the game, yet one wife had what we would call good will toward her husband and therefore took pleasure in HIS pleasure.

First couple:
June says to her husband, “Wow, Ray, look at this! Dillard’s has a half-price sale today.” Ray ignores her. (Ignoring a spouse lowers their value, which is very destructive.)

Second couple:
Evelyn sees the same sale. “Wow, Al, Dillard’s has a half-price sale today.” Al responds with a wink, “Too bad we don’t need anything.” Later upon questioning, both men agreed that they preferred that their wife not go to the Dillard’s sale.

First couple:
Bill says to his wife, Beth, “My back is killing me. I need a long, hot bath.” Beth ignores him.

Second couple:
John says to his wife, Cari, “My back is hurting so bad. I need a long, hot bath.” Cari responds, “I’m sorry, honey. I’ll go run the water for you and add Epsom salts to help relieve the pain.”

First couple:
Joe says to his wife, Tee, “I can’t find any clean socks. Where are they?” Tee takes offense, assuming he is blaming her for not having the socks available, and responds, “It’s not my problem.” 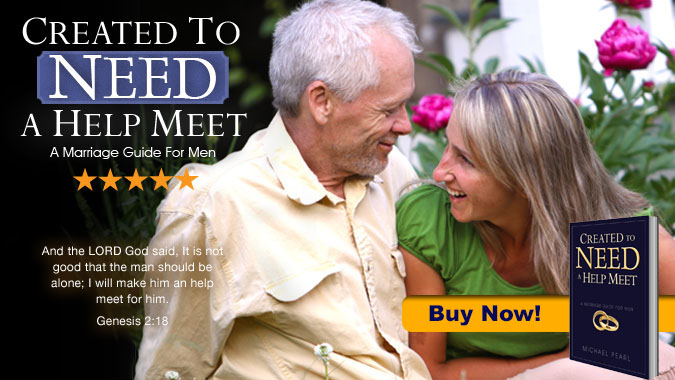 As I read Gottman’s report, I remembered being at a wedding dinner years ago where I saw the new bride respond to her husband with contempt when he bid her. I clearly remember thinking, “Oh, no.” Sadly, my “Oh, no” proved correct.

Contempt, Gottman found, was the number-one factor that tears couples apart. People who are focused on criticizing their partners miss up to 50% of the positive things their spouses do. Ignoring a spouse is also damaging, as it has the effect of making the partner feel worthless. Simple good will toward one’s spouse glued couples together. Gottman’s research showed that kindness was critically important for the stability of a marriage. Profound, isn’t it? Those of us who are immersed in Scripture have known this truth all along, but it is refreshing to see the secular world discover it through scientific research.

Good will is a reflection of the soul. Some people from their childhood assume most everyone has good will toward them, so they have good will toward most everyone, including their spouse. But there are people who assume the opposite. Some live in a state of defensiveness—always feeling that people are talking bad about them, sure that someone will steal their stuff or that others are scheming against them. When psychologists interview these people, they can “spot” someone who will have a lifetime of negative relationships and usually fail at marriage. These negative people only have a few people they trust, and another small group of people they can control to their own end, but they hold most people with contempt. Their small world consists of “them (most everyone) vs. us.” They think of themselves as warriors just trying to survive in a hostile sphere.

It seems that most adults who fail to see good will in people are ignorant of the harm they are doing to themselves and others and are not likely to change after becoming adults. Thankfully, if you have young children, it is not too late to immerse them in a world of good will.

If you as a parent suspect that you lack the necessary inner life to convey to your children a happy world of good will, know that most people are a mixture of good will and mistrust. How much you either give in to mistrust or pause to see the light of love in life’s events will determine your future and your children’s. Good child training, happy marriages, and having a successful, joyful life are the products of having good will.

When the shepherds fell back in fear from the heavenly host announcing the birth of Christ, the angels assured them of God’s intentions, saying, “Glory to God in the highest, and on earth peace, good will toward men” (Luke 2:14).

In Ephesians, Paul discusses husbands loving their wives, wives reverencing their husbands, children obeying their parents, fathers not provoking their children to wrath, and servants obeying their masters, and he concludes by saying that everyone should do “the will of God from the heart; with good will doing service, as to the Lord, and not to men” (Ephesians 5:33–6:7).

Paul tells us that charity “is not easily provoked, thinketh no evil; Rejoiceth not in iniquity, but rejoiceth in the truth; Beareth all things, believeth all things, hopeth all things, endureth all things” (1 Corinthians 13:5–7). When we have good will toward others, love motivates us to expect good will in return. See Matthew 6:22–23. Light within sees light without. Good will within produces good will in all. Don’t be part of the 50% who cannot see. Flood your marriage and home with the light of good will. If Jesus came to us sinners with good will, we should maintain good will in all things to all people.

To Submit or Not To Submit

4 comments on “Marriage Good Will”