Filter by:
NGJ Magazine / Articles / Mongolian Missions
Do you get our FREE Magazine? 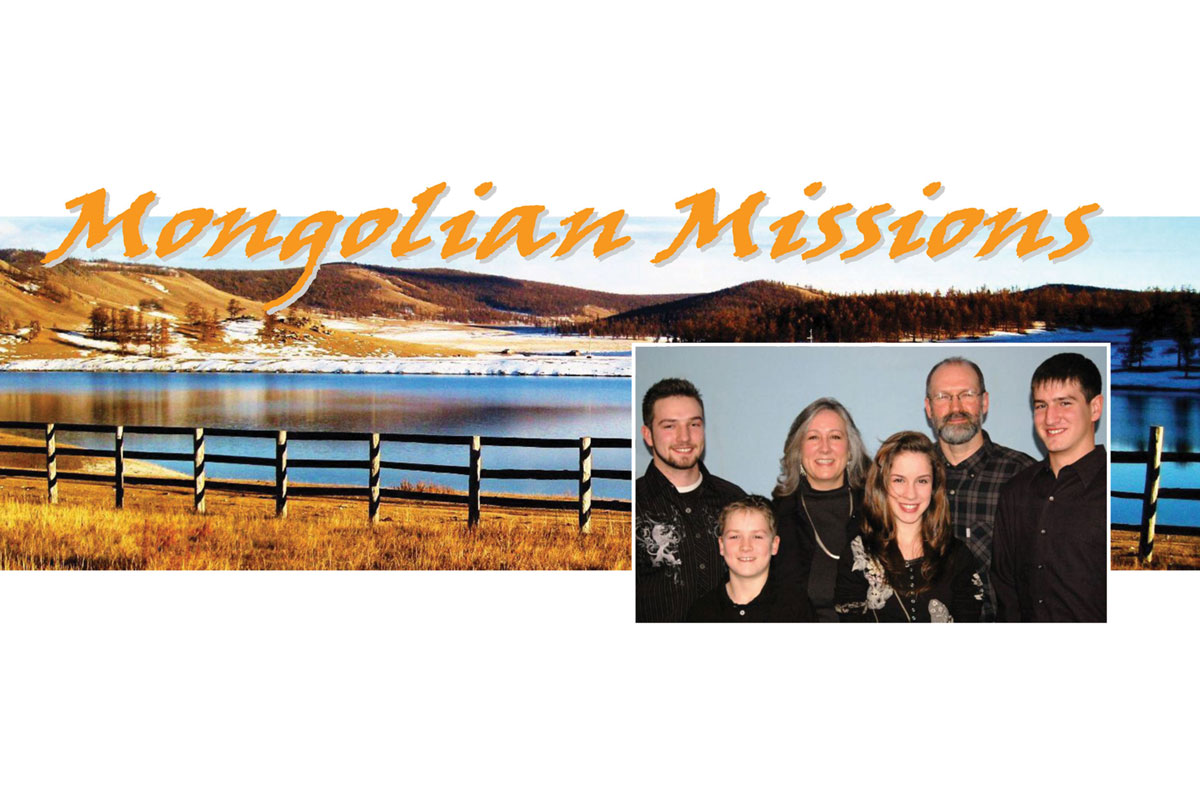 The Cofers are missionaries that NGJ supports. Their letter was such a blessing to us that we wanted to share it with you.

Man is tempted to get overwhelmed by his own sense of insignificance; a small speck in the universe or a single soldier in the huge task of reaching the world with the gospel. David felt that way as he sat among the sheep staring out into the vast night sky. “What is man, that thou art mindful of him, and the son of man, that thou visitest him?”

I think of a long-time friend of ours. Few even know his real name, but call him Sox. Sox spent his years driving down the road in a semi. He never took a wife or had children, purchased a home, new car or expensive clothes. Instead he invested every spare dime in the lives of missionaries across the globe and distributing tracts in every truck stop, rest area and church along the way. We have no way of knowing the effect his efforts have had on the kingdom of God. Yet, on this Thanksgiving day, we wanted to share the story of how his ministry has blessed our lives and the work of Mongolian Missions.

As soon as Sox heard of our call to Mongolia, he personally took us on for support. He purchased airline tickets and booked us a hotel in Fairbanks, Alaska so that Trina and I could attend his favorite missions conference. At the last minute, the host Pastor graciously added us to the schedule and allowed us to present our work to his congregation. Not only did that church become one of our most avid supporters, but, through a single act of kindness and financial sacrifice of a truck driver, God raised up the local body who would take a major role in the establishment of the first Bible printing ministry in the history of Mongolia. And, from among these special people, God supplied the brother and godly businessman who would become my best friend. Tom has traveled with me on two hard-core treks across Mongolia, helping me locate the building to house the vision that God had placed in my heart, purchasing the Mongolian ger in which we founded the Hatgal Baptist Church and going the extra mile to see that the print shop could operate at full capacity. Sox shares a part in it all.

The next seemingly insignificant thing our truck-driving buddy did was to pass along a couple of cassette tapes called New Perspectives in Missions. We enjoyed them so much that we called the church office to order the rest of the series. During that conversation, the Pastor's assistant invited us to attend their World Outreach Conference. There they took us on for support and appointed a group within their large congregation to regularly keep our family in prayer. I have no intention of respecting the least gifts over the largest donations, but as I consider the ministry of one faithful layman, I wanted to mention that the vast majority of the funds used to renovate the future youth camp and leadership training facility has come through this particular church that we would have never met had it not been through the simple gesture of a friend. These are also the folks that helped provide the ger that housed our family, the video camera that recorded the ministry, the vehicle and GPS that got us to our destination, and the church van that picks up many of our members to hear the Word of God each week. There is even a possibility that our second-born son would not be alive today had it not been for this connection made through Sox. It was their leadership that called for the $87,000 emergency evacuation of Jonah as he lay in a coma bleeding in the brain with no medical help in sight. Thank you Sox for obeying the spirit of God and all who prayed and gave so much during the darkest hour of our lives.

What prompted us to share this testimony was one of Sox's quickly jotted notes we recently received through the mail, reminding us once again that he is praying for us and mentioning the ministry needs to others. This one told that one and so on until the exact machine we prayed for to bind the Mongolian scriptures was found and given! This is the way missions work and there are so many others we could name that God has used in these kinds of ways. We are grateful for every small fish, loaf of bread and cup of cold water invested in our lives and work. Thank you to all the eternally significant men, women and children who have said a word of encouragement, shared the ministry with others, given of their time, prayers and resources to reach Mongolia for Christ. God is blessing, breaking and distributing. Thousands will eat and be filled because of you.