Filter by:
NGJ Magazine / Articles / New Book! The Hidden Help Meet
Do you get our FREE Magazine? 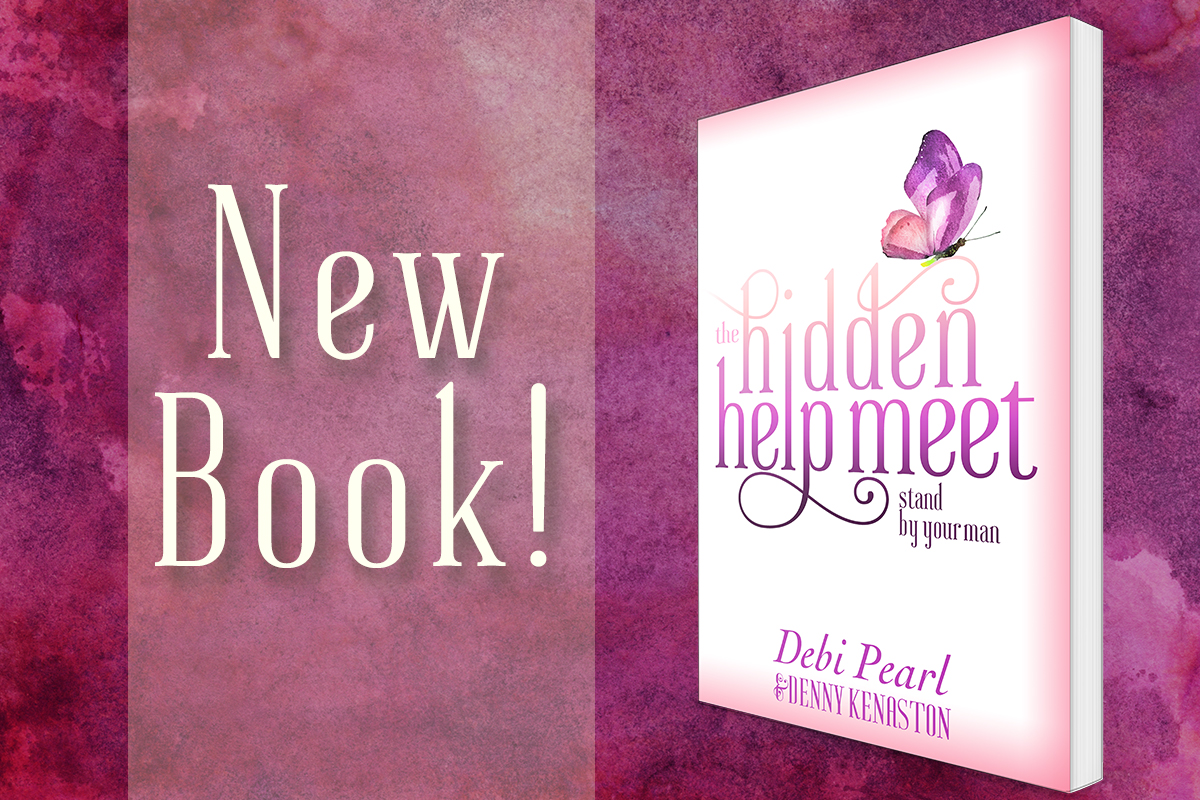 Sometimes God gives a man an astoundingly powerful message. God blessed Denny Kenaston with such a message. It was called “The Hidden Woman.” He preached it often, and men and women fell before God in thanksgiving with a yearning to be what God desired them to be. It was a God thing.

When Denny unexpectedly died of brain cancer, I grieved for both him and his message. Millions of women need these gloriously encouraging words. I knew that it would still go forth on audio, but the written page reaches so many more people of different cultures and beliefs. I asked Jackie Kenaston, Denny’s beloved wife and my sweet friend, if we could transcribe Denny’s Hidden Woman message and expand upon it. She gladly agreed.
I loved working on this book. Reading his words, I was thrilled as he recalled the stories of great evangelists and missionaries who had changed the world. Especially interesting was how the surviving letters between the men and their wives reveal the wife’s support and involvement in her husband’s ministry. Many of the greatest writers never wrote a word. Their wives, who knew Greek, Latin, and other languages, wrote what their husbands preached and then translated the messages, putting them in print and promoting worldwide distribution. Denny points out how different the outcome would have been had the wives whined because of the sacrifices of ministry. As with Abraham and Sarah, it took BOTH husband and wife for God to do a great work. Being less known than their husbands, these women were hidden help meets, but in the portals of glory they are front-runners. It will be a real pleasure to visit with them in heaven to hear their whole story.

To keep his spoken message under one hour, Denny often illustrated his points with brief historical or biblical references, knowing his audience was already familiar with them. For the sake of those who are not, I have interspersed the message with background and expanded upon his concepts. Jackie said when she read the manuscript she couldn’t tell where Denny stopped and I started. I counted that a great accomplishment.

When Mike read the manuscript he said that The Hidden Help Meet was a blockbuster. He thought it was presented in a brilliantly touching way, demonstrating so beautifully how these strong, abiding women stood firm in the face of government oppression, sickness, and even the death of children. Some had to support and raise the family alone, all for the gospel’s sake and for God’s glory. Like those saints found in Hebrews 11, these women were found to be faithful.

The Hidden Help Meet is a needed appeal for men and women to step up and let God be God. It is a reminder of God’s instruction for the family unit. It is an entreaty to the heart of everyone to honor God, let go of fear, selfishness, and doubt, and then charge forth into the battle for the kingdom.

I was blessed to have been a part of this glorious project. I was humbled by those who have gone before. I was challenged to follow their lead and see life as eternal, knowing that everything I do makes a difference.

I saw so clearly the tactics of the devil—deceiving wives into living for the present, seeking their own, and thereby limiting the work God could have done through their men. I hope you see them too.

To Train Up a Grandmother