Filter by:
NGJ Magazine / Articles / Noah's Wife
Do you get our FREE Magazine? 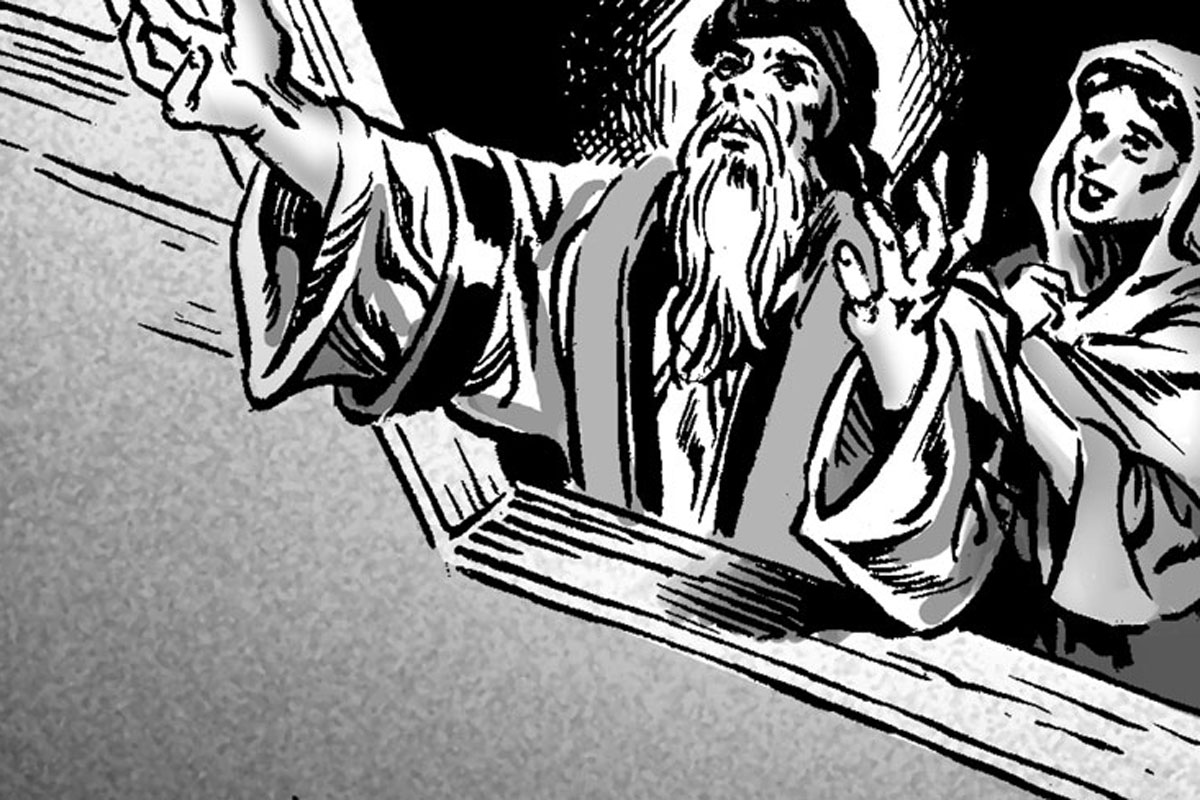 Viewing life as an adventure, not a trial

When my mom married my dad, she could not cook, and her housekeeping skills were untried at best. She was (is) deaf in one ear and partially deaf in the other. This handicap made it difficult for her to pronounce words correctly, and resulted in odd spelling and conversational blunders. Nevertheless, my mom had the advantage of Noah’s wife: she viewed life as an adventure to experience, not a trial to be endured.

When Dad announced that they would have their babies at home, delivered by a bearded midwife (himself), Mom read up on the subject and talked his ear off about all that she was reading, so that both of them would be prepared when the hour of labor arrived. She kept herself in shape and prepared as best she knew how, and trusted God for the rest. He was faithful.

When Dad announced, “We’re going to homeschool!” Mom didn’t point out her deafness, or the fact that she’d never heard of anyone teaching their kids at home. Instead, she went to the junk store and bought five dollars worth of phonics books and set to work on her dyslexic 4-year-old (me). When the day of persecution came as a result of following a faith-stricken patriarch, Mom did what Noah’s wife did: she followed her man into the ark and waited to see what God would do. Again, He was faithful.

When her firstborn daughter decided, at seventeen years of age, that God was calling her to deliver the Scriptures to an unreached tribe known for its sorcery and cannibalism, Mom glanced at her man and took her cue to simply pray and throw worry out the window. Floods come and go, she reckoned. And God was faithful, still!

The story goes on, and on, and it’s not about a deaf little lady with an impressive resume of life skills. Like Noah’s wife, her name may not even be mentioned. But the wise know that Noah didn’t harvest, preserve, and pack away food enough for eight people to last a year; his faith-filled help meet was there to take up the task. When the storm was over and the rain dried up, out of storage came grapevine cuttings, seeds for gardening, a loom and a press, a tent and oil to last until the olive saplings had time to grow and bear. Noah must have looked at the big boat he’d built and realized that his wife had been as busy as he had, and no less faithful.

For the godly woman, survival lies in following her man. Even though he may set out to cross a sea rolled back by the invisible hand of God, or spend his whole life hiking and camping on land he claims will be his one day, and even though he be a king who holds your life in his hands…. just follow him, and look to see what God will do to preserve you, your children and your children’s children from all evil.

How many times I’ve seen a good man bound to a “safe life” because his wife is a worrier. He turns his strong shoulder to bear a load that is heavier than it should have been, because it’s a socially-accepted, familiar burden that many men have borne with a dependable measure of success. He dreams of greatness, of fighting the odds, and occasionally brings up in conversation his vision, just to see how his “help unmeet” will react. Her fearful glance assures him that in order to follow God, he must leave his wife behind. But, like Adam, he is not willing to pay that price. And, like Lot, he will wait until the last minute, until God sends angels to drag him and his family from sure destruction, only to see his wife look back at the things she could not leave behind and then perish.

Oh, little nameless lady... destruction comes upon us all at some point in life. Those unpleasant things we fear, disease, death, accidents, and judgment, are a sure part of life. No true son or daughter of the Almighty God lives and dies with his or her faith untried.

Would you be safe from the floods that are coming? Would you save your household alive and be recorded in history as the help meet of a man of faith? Then follow him! Follow him when he says it’s time to go; don’t look back, don’t hesitate, and don’t fear. Be like Noah’s wife and take up your man’s vision without question, and like Noah’s wife, you will live.

1 Peter 3:6 “Even as Sara obeyed Abraham, calling him lord: whose daughters ye are, as long as ye do well, and are not afraid with any amazement.”

Hebrews 11:7 “By faith Noah, being warned of God of things not seen as yet, moved with fear, prepared an ark to the saving of his house; by the which he condemned the world, and became heir of the righteousness which is by faith.”