Filter by:
NGJ Magazine / Articles / Old Tom
Do you get our FREE Magazine? 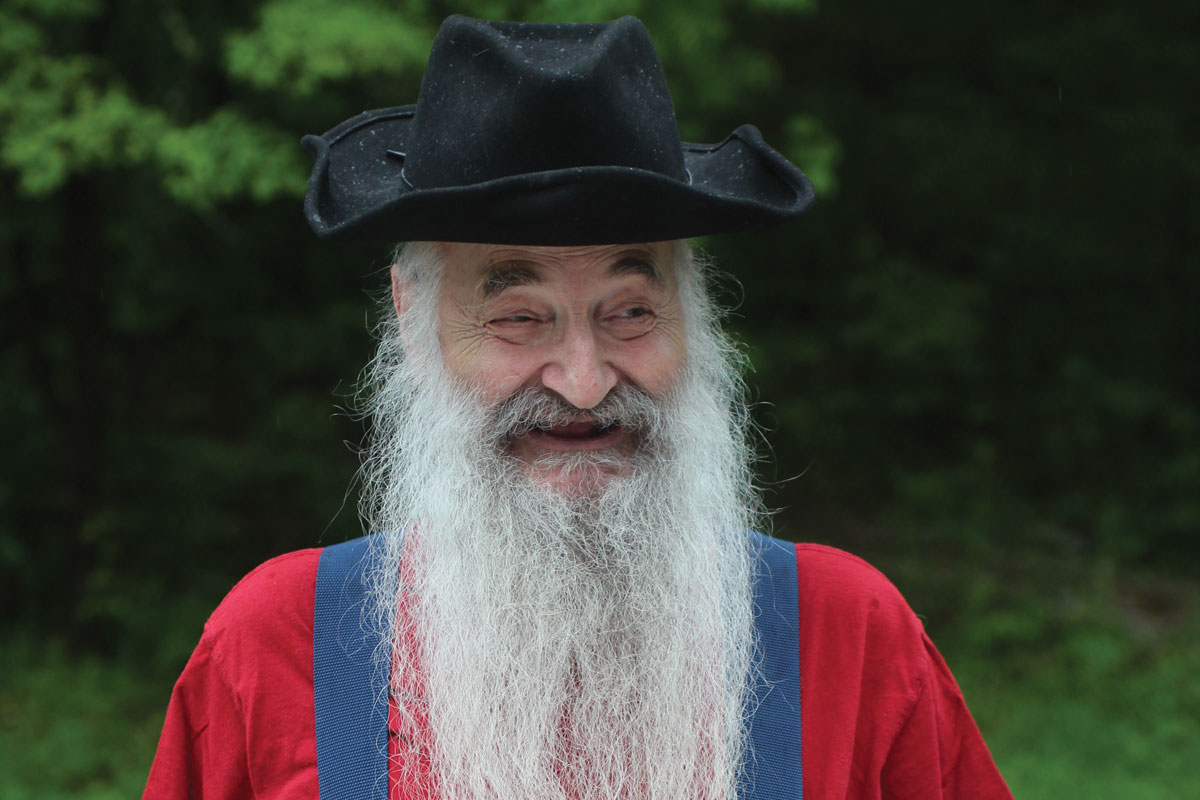 Why does a child training magazine put an old goat like that on the cover?

If you are thinking that I am going to warn you to train up a child in the way he should go lest when he is old he will look like that, you would be incorrect. No Greater Joy might not exist today if not for old Tom Slayman and his wife Kathy. Consider that in the light of the millions of gospel messages that this ministry has sent to prisons and overseas missions in the last several years.

Tom is my best friend outside of my family. Why is he my best friend? Other than the fact that we have a lot in common (no, it has nothing to do with the beard), he is one of the very small number of men on the face of the earth with whom I would trust my life, my sacred honor, my money and possessions, and my family. He would die for me and I would do the same for him. We both love the same God and worship him through Jesus Christ.

If you have listened to my Bible teaching you have heard me refer to Tom from time to time, and you can always hear him shouting “Amen” in the background. There is not a more avid and faithful soul winner in our church than Tom Slayman. He will stop a total stranger in a grocery store and share the blessed gospel of Christ. He doesn’t seem to know how to be embarrassed or timid when it comes to evangelizing the lost.

When we moved to Cane Creek twenty-five years ago, Tom was not yet a Christian. I found him living on a few acres in a little valley beside a creek with his wife and four kids. They were the hippies that never gave up. They grew their corn, beans, tomatoes and marijuana with equal fervor, and could be seen busy in the fall putting up their winter store. He and his two boys killed wild game with guns or bows, dressed out the meat and hung it high in a tree close to the old school bus they used as a kitchen and living room. The two girls and Kathy kept the fire going, collected eggs, dug for potatoes, and prepared meals.

After I became aware of them, I stopped by one day and started up a conversation about the Bible. Tom was already interested in the subject, having investigated various religions, foreign and domestic. But he was not gullible or ready to believe just anything I had to say. A Vietnam veteran and one-time college student, he had continued to read and analyze the meaning of life, and was full of conflicting views.

For about a year, I came to visit once or twice a week and conducted a Bible study. Most of the time we sat around their campfire, but during the coldest part of the winter, we moved into the old school bus where a pot-bellied stove ate wood like a chicken eats corn. We froze below the waist and sweated above the belt line, but we went through the book of Romans and the book of Revelation.

The older kids and Kathy got saved before Tom did. He just couldn’t accept the fact that salvation was absolutely free to all who believe. He wanted to work, to reform, to show some fruit of repentance before he would believe he was saved. The next summer we baptized the rest of the family in the Cane Creek as Tom looked on, fully supportive, but still holding out. It took about two years for him to come like a child and receive the free gift of eternal life. He continued his study of the Word and grew into a faithful soul winner for Christ.

About four years later, I wrote To Train Up a Child. We photocopied a few for friends, but they wanted some to share with their friends, so we had a small printing done. I never considered that within a few short years it would become an international bestseller or that it would be translated into many other languages, but Tom had a vision from the beginning. From the moment he read the book he began to plan for its success. Deb ran a small advertisement in a magazine and suddenly hundreds of orders started pouring in. She could not handle the volume alone. Tom, Kathy and even their girls showed up at our house Monday through Friday for the next four years to put the orders into the computer and pack books. They all worked as volunteers; all revenue went to reprinting or sending out the new NGJ magazine. Tom insisted we needed an office. He got young boys to help build it and trained them in construction as he went, so all the labor would be free. The building served us well for many years.

When he was fifty-two years old, Tom and Kathy took a trip to Thailand to see what the missionaries were doing. While there, he visited the prisons and stood weeping at the fence while yelling the gospel across the fifteen-foot expanse. He was hooked. For the next two years, he spent many of his days standing at fences in extreme heat to shout the gospel to Americans or other unfortunate travelers who happened to end up in Thai prisons. Literature and tapes became an important part of his ministry. However, lung cancer called him back home to Cane Creek. For the last several years, his grandkids have spent their days with him. I’m glad they have the same opportunity his sons and daughters enjoyed and pray that they will grow to be as valuable to God’s kingdom as their parents and grandparents are.

Tom’s four children are about the same ages as mine, and all of them grew up together. His kids are now grown and have many children of their own. Two of them are still members of the church here at Cane Creek. All are faithful to the Lord and are training up their children to walk in truth. T. J., who was sixteen at the time I met the family, has now been on the mission field in a “closed country” in Asia for about fifteen years. He has learned the language and translated and published Scripture. Their other son, Bob, graduated from Bible college and has assisted in ministries. He is often contending with Nathan on ContendForYourFaith.com every Sunday at 6 p.m.

The amazing thing about old Tom is that he and Kathy were doing a good job raising their kids before they ever met us. His children were never rebellious and have always loved their parents. They had their children’s hearts, even before they were saved.

Tom is a natural child trainer. He taught his boys to shoot guns and bows and took them to tournaments where T.J. earned many first place awards. He was always with his boys, imparting life skills and whatever knowledge he had accumulated along the way. The kids were happy and enthusiastic about life, not realizing they were rather poor and lacking in material things like electricity, hot water, and TV.

None of his four kids are backward or shy. You would not take them to be hillbillies. They speak well and are considered “cool” by their peers. Both of his girls went into the medical field. My kids highly respect his children, and my boys contribute financially to keeping T.J. on the mission field.

I sometimes feel great frustration when I see men who have been Christians since they were kids failing as fathers, struggling with issues in which old Tom was wise before he came to Christ.

One final thought: Tom likes to make fun of my “short beard,” but just know that he wears a hat because his head is as bald and about as gray as an upside-down turnip. He has all of his teeth, but he leaves them on the dresser most of the time. And even though he usually wears his pajamas to church, he is still my best friend.